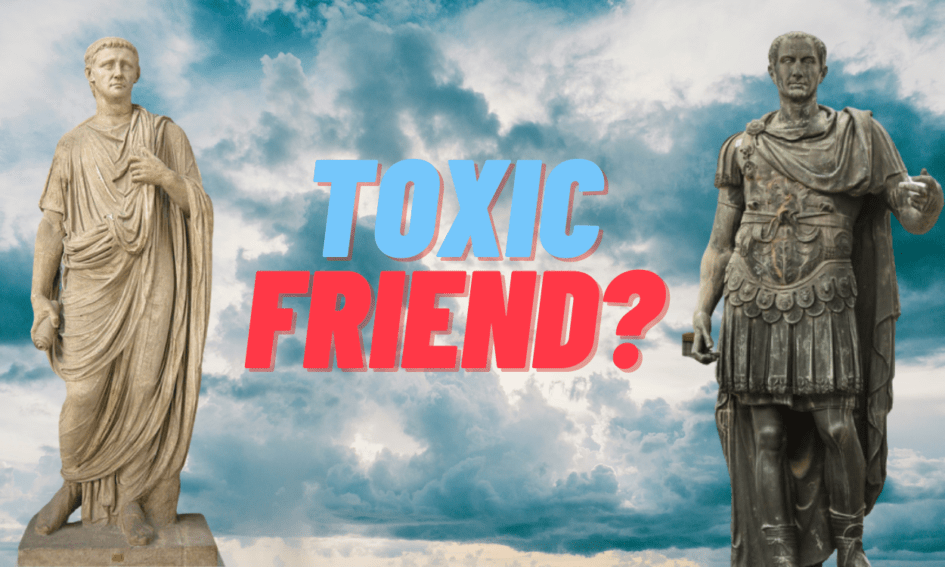 “Why does Caesar get to stomp around like a giant while the rest of us try not to get smushed under his big feet? What’s so great about Caesar, huh? Brutus is just as cute as Caesar. Brutus is just as smart as Caesar, people totally like Brutus just as much as they like Caesar, and when did it become okay for one person to be the boss of everybody, huh?! BECAUSE THAT’S NOT WHAT ROME IS ABOUT! WE SHOULD TOTALLY JUST STAB CAESAR!” shouts Gretchen hysterically as she reads out her essay in class.

As a former CBSE student who, in 10th grade, sat through nine English classes spent dissecting every word of Brutus and Mark Antony’s speeches after Julius Caesar’s assassination, I can confirm that Gretchen was pretty spot on with her explanation.

I’m not so sure about Brutus being just as cute as Caesar, but she deserves an A+ for that speech period.

If you had the misfortune of going to a school that followed the state board or didn’t have Julius Caesar at all in your English textbooks, here’s a quick rundown on the tragedy that befell the Roman dictator.

Jealous of Julius Caesar’s power, 60 Roman politicians, led by Cassius, conspire to assassinate him. They try to convince his right-hand man, Marcus Brutus, to join them. Brutus is a dear friend of Caesar, who deeply cares for Rome and its people. Knowing this, Cassius plants false documents to manipulate Brutus and make him wary of Caesar’s aspirations. Brutus is troubled, afraid that Caesar has become too ambitious. To stop him from gaining too much power over Rome, he decides to join them. He states that his love for Rome is more than his love for Caesar.

They stab Caesar one by one on the Ides of March (15th March), thus killing him. Brutus delivers the final blow, making Caesar utter the famous phrase “Et Tu, Brute?” translating to “You as well, Brutus?”.

Given you any Deja Vu yet?

Shakespeare’s works are still relevant to modern culture because of the timeless themes in his plays. They deal with love, hate, greed, jealousy, and power – recurring tropes we often see in different people around us every day.

We witness parallels from Julius Caesar frequently in society in the form of friendships. Specifically, toxic friendships. Here, Brutus might seem like the prototype of a toxic friend, but Caesar was no saint either. In fact, Caesar was an antagonist. *shocker*

Let’s use Caesar and Brutus as proxies for a toxic friend and yourself. Caesar was a dictator, and a toxic friend is just that, but more tenuous. Both use their influence over their peers to satisfy their superiority complex. They’re usually very charismatic, chill, and friendly, making it hard to see right through their facade.

Julius Caesar refused the crown three times but was still very ambitious and on the verge of becoming a tyrant. He puts on a show of humility by rejecting the crown, to not let the people of Rome think of him as a king. His power was limitless, and he knew it. He already had complete control over Rome without the need for an official label which would solidify his authority.

This mirrors how a toxic friend tries to control you over time. They entrust you with gossip, secrets, and other personal information, making you feel like a close, valuable friend. They might cheer you up when you feel down, and always be there when you want to hang out.

But they are also the same people who exploit your loyalty when they get the chance. They do that by projecting their insecurities onto you and fail to empathize with you. They try to downplay your achievements and make it about themselves. They will try to throw passive-aggressive comments at you which won’t qualify as blatant insults but still cut deep. They can never fathom compromise. They’re the embodiment of an emotional leech.

But just like Brutus, you might be left confused because somehow, this friend is always the victim but never the villain. They know when to play nice, so when you want to stand up to them, you weirdly feel like you’re in the wrong for painting them like that and not them. Toxicity is tough to spot on someone who truly is fun to be around at times.

It’s hard to dump a toxic friend for many reasons. You might have known them for a long time, or you’re afraid of being alone, or because you think their behavior is justified. When you feel low, it’s easy to hold onto someone, even when they’re the last person you need in your life. But when you feel like something isn’t right, it’s important to trust your gut and pull the plug.

In such times, you might even need a Cassius to convince you to cut that person off finally. Yes, Cassius does convince Brutus under false pretenses. But he wasn’t wrong about Caesar and his ambitions. He could see right through him and identify how he wanted more power for himself.

So let me be your Cassius today. When reading this article, there may or may not be a person that pops into your head. If that does happen, then take it as a sign, save yourself the mental fatigue, and stab the Caesar in your life. Metaphorically, of course.

This piece was inspired by the most iconic teen movie of all time –  Mean Girls. The film was based on a non-fictional book and Tina Fey, while writing the movie, also took inspiration from her own high school experiences. It won’t be a surprise if one of Tina Fey’s influences when writing Mean Girls was Julius Caesar.

Comfort space is personal to every individual. It allows you to be yourself and cherish the moments as they are with no judgment whatsoever. As for me, movies and music do the job. Speaking about movies, I have been exposed... END_OF_DOCUMENT_TOKEN_TO_BE_REPLACED

“THE SWAT TEAM BURST IN. THERE WAS CURTIS GREEN COVERED IN COCAINE AND FLANKED BY TWO CHIHUAHUAS” ~The Untold Story of Silk Road by WIRED In early 2011, law enforcement agencies were caught with their pants down when drugs began... END_OF_DOCUMENT_TOKEN_TO_BE_REPLACED

[Trigger Warning] The following reading contains potentially distressing information about violence, brutality and sadistic practices. The reader is advised to use their discretion to continue reading. “For the last time, you don’t have to do this. They will finish the... END_OF_DOCUMENT_TOKEN_TO_BE_REPLACED

Each person does see the world in a different way. There is not a single, unifying, objective truth. We're all limited by our perspective. - Siri Hustvedt Perspective. It is a beautiful thing in a way that, all of us... END_OF_DOCUMENT_TOKEN_TO_BE_REPLACED

Aren't all of us artists trying to express ourselves in this world? In my opinion, art is a form of expressing an emotion. Learning how to express our subconscious emotions and communicate with them will take time but what is... END_OF_DOCUMENT_TOKEN_TO_BE_REPLACED