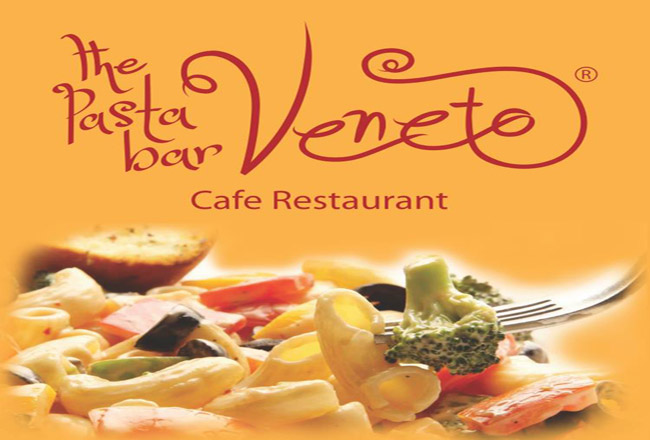 Every Indian who loves Italian will fall in love with this restaurant. That’s because we Indians love spice. The food here is Italian in all senses but with a slight twist. The restaurant has an American booth like seating on the inside and patio furniture and pergola on the outside. People seated under the pergola are lucky because they have a beautiful view and those seats are always taken. 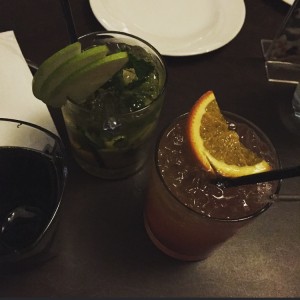 For drinks my friends ordered FireBall which is a mocktail of Cranberry, Orange and Ginger ale and the famous Virgin mojito (sprite + mint). Me being a sucker for classics, ordered Coca-Cola. 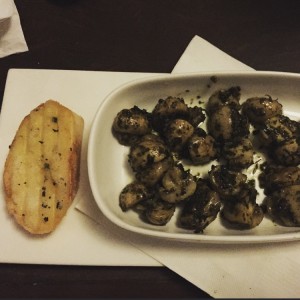 The first starter which I ordered was Funghi Saltati Con Pesto which is basically  pan fried mushroom with the two most used ingredients of Italian food – Olive oil and Pesto. Though the it was delicious, they could’ve done a better job with the presentation. 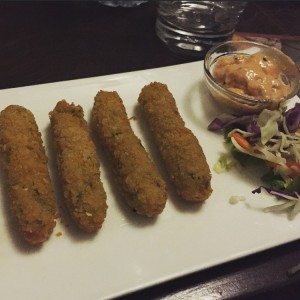 Mozzarella is probably the best thing about Italian food . And, mozzarella sticks for starters is the perfect beginning for a meal. Veneto serves an Jalapeño flavored dip which I  personally wouldn’t recommend. Instead, a rich tomato sauce would complement the sticks better.

Tip: Never order garlic bread for starters because you are going to get a portion of garlic bread with every dish in the main course. 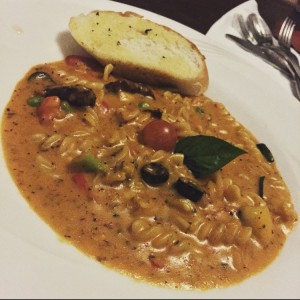 We all know the broad classification of pasta dishes: White Sauce Pasta (Alfredo) and Red Sauce Pasta (Arrabiata). Veneto serves something called the mixed pasta (Primavera), this dish overcomes the blandness of Alfredo and saltiness of Arrabiata. We get the best of both worlds! So, I ordered the Primavera Mediterranee with some special add-ons like sun dried tomatoes & peas. My choice of pasta was Penne, here is where the waiter messed up, I ordered the best pasta dish on the menu but still felt disappointed because he got me Fusilli instead of Penne. Fusilli looks like a spring and is hard to digest. The dish was a 7 on 10. 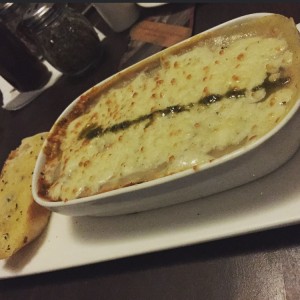 Along with pasta we ordered the famous lasagna which has baked pasta sheets along with layers of cheese. The amount of cheese and the flavor of the stuffing was just right. The stuffing had all kinds of veggies right from cauliflower to peas on a just layer of tomato sauce. 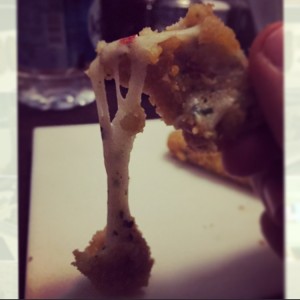 Next I ordered the Pizza  Jamaican because I love some pineapple on my pizza. The pizza is thin crust and had perfect balance of flavors. There is only one choice in terms of sizes, Large, which can get too heavy for four people. so we had to parcel some of it.

For desserts I ordered the Mud Pie. Even though I was satiated by then, I managed to eat a couple of bites during which I departed from this world and transgressed  the boundaries of chocolate heaven. The chocolate crumble was crunchy and just perfect.

So, over all whatever the quality of food maybe,Veneto produces a bunch of happy and returning customers. The ambience is suitable for a family of four as well as a gang of friends. I would rate my experience an 8 on 10.

It feels like just a week ago when the internet was bombarded with memes of Will Smith slapping Chris Rock at the 2022 Oscars. Ah, what a moment. The Cannes Film Festival too ended just recently, leaving us waiting for... END_OF_DOCUMENT_TOKEN_TO_BE_REPLACED

Two things have always fascinated me as a child- words and crosswords. Which word should I say? How do I say it? Can it, in its barely ten letters, hardly three syllables, carry the whole meaning of what I want... END_OF_DOCUMENT_TOKEN_TO_BE_REPLACED

Many of us might look back at the time we spent in school with nostalgia and fond memories. But most will also agree that it wasn't the happiest of places with long and monitored study hours, heavy bags full of... END_OF_DOCUMENT_TOKEN_TO_BE_REPLACED