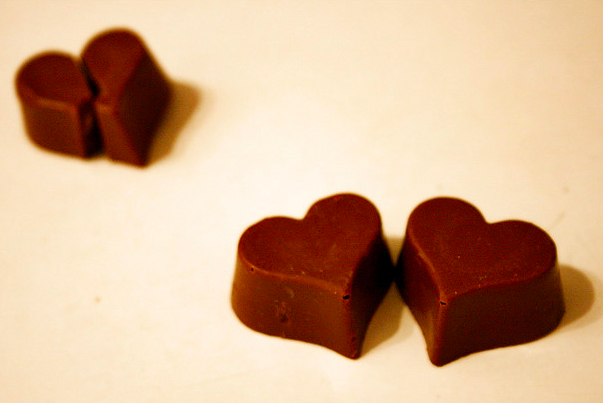 She turned around to her husband, her eyes wide.
“Should we?” she asked, nervously.
Her husband didn’t say anything. She could see that his face had paled, and his hands had tightened on the steering wheel.
“Sanjay, stop the car” , she said firmly. “We need to talk.”
He pulled the car over. As they stopped, he folded his hands and sat staring ahead into nothing, his brows knit together.
She gazed at him for a minute. Cautiously, she put her hand on his arm. “You know you want to”, she said softly.
Again, he said nothing.
“For my sake?” she pleaded. “Please?”
Finally, he exploded. “For your sake?!” he cried. “Of all the ….for your sake? What? What?” he jabbered angrily.
She smiled sadly at his indignation.
“Don’t make me feel more guilty than I already do, Anita”, he huffed loudly, and turned away from her, thwacking the steering wheel.
“Listen. Listen to me. You need this, Sanjay. It’s been a year now, and it won’t do me any good to tell me that you don’t think of it all the time.”
“I don’t need this now, Anita…it’s hard enough on you too”, he said in a low voice.
“No, it won’t be. So many open strings, Sanjay. Trust me on this please”, she begged.
He gazed at her face, her brown, earnest eyes. How much she must love him. He slumped onto the steering wheel, accepting defeat.
She glanced at the rear view mirror once and stepped out. Her clothes flapping in the wind, she made her way towards the bus stop, slowly and purposefully, her heart thumping hard.
As she walked to him, a dull void hit the pit of her stomach. She didn’t know what to expect. The gravity of the situation hit her with full force, but she told herself needed this. And they needed it too.
The man turned casually to look at the approaching footsteps. He recognised her at once, and yet, a powerful wave of sadness stood him rooted to the spot.
She came and stood in front of him.
“Anita…..”, he breathed, closing his eyes.
She took in a deep breath, and smiled. “Hello Rahul”, she said.
Chancing a glance at the car, apprehensively, she leaned into him for a hug. Raising his eyes in surprise, but pleased all the same, he shrugged and returned the hug.
“How are you?” he asked, as they broke apart.
“I’m doing fine”, she replied, smiling.
“How’s…..how’s….you know, everything?”, he asked , not meeting her eyes, after a brief pause.
The slight edge to his voice told her what the everything he was asking about was. She looked up at him.
“He’s fine”, she said in a quiet voice. “He’s in the car”, she continued.
He looked at her in surprise, as though he hadn’t expected her to talk about him so soon. He said nothing, though. He just looked at her , nodded once, and looked away resolutely.
“Why don’t you meet him?” she asked.
“I couldn’t do that Anita”, he said in a hollow voice. “Never wanted to again. Not even you. It’ll take me back to everything. It still does.”
“You have no idea what it still does to him”, she murmured. “The pain…he suffers so much because of me”, she said, remembering.
“Don’t blame yourself, ever, Anita”, he said. “You’re one of the best things that ever happened to him. If you guys are holding up, it’s only because of you.”
“Sometimes I wonder if I did wrong, marrying him. It’s only brought us pain and misery.”
“You are one gutsy woman, Anita.”
She smiled sadly, her eyes slowly glazing over with tears. She sniffed and turned away.
He lowered his eyes and exhaled. ” It’s hard, but I’m fine, mostly. Sometimes, I just wonder if things would have been different, but there’s no point, is there?”
She nodded through her tears, dabbing her eyes with her duppatta.
“So close and yet so far…”, he whispered.
“Please come, see him once. It’ll do him good” she asked, in a pleading voice. “After that day, he’s never been the same.”
He looked into her tearful eyes, and her kind countenance. He could only imagine the distress she was going through.
He slumped his shoulders to accept defeat. “Okay”, he said , sadly.
She nodded and without another word, she walked towards the car.

The human touch. Such a simple thing, yet one that holds immense power. Almost like a miracle. Wonder why? Read on.  We've been gifted with the five senses, namely: vision, speech, smell, hearing, and the most beautiful of all, touch.... END_OF_DOCUMENT_TOKEN_TO_BE_REPLACED

[Trigger Warning] The following reading contains potentially distressing information about violence, brutality and sadistic practices. The reader is advised to use their discretion to continue reading. “For the last time, you don’t have to do this. They will finish the... END_OF_DOCUMENT_TOKEN_TO_BE_REPLACED

Well, well, well. Something interesting has finally caught your attention in this painfully boring and monotonous life. You dash to the most convenient online marketplace to find the materialistic item that fuels your dopamine rush. These platforms help connect buyers... END_OF_DOCUMENT_TOKEN_TO_BE_REPLACED

Growing up watching Sci-fi movies, I always imagined myself living in a fully automated world with all these cool tech devices- flying sneakers, teleportation units, and whatnot. Something as dreamy as the “first cognitive city” proposed to be built in... END_OF_DOCUMENT_TOKEN_TO_BE_REPLACED

Police sirens, an opened door, a step out of the flat that had been an abode and a prison for 6-years-9 months-23 days—freedom at last?   Julian Assange was under no such false impression as the British police dragged him... END_OF_DOCUMENT_TOKEN_TO_BE_REPLACED