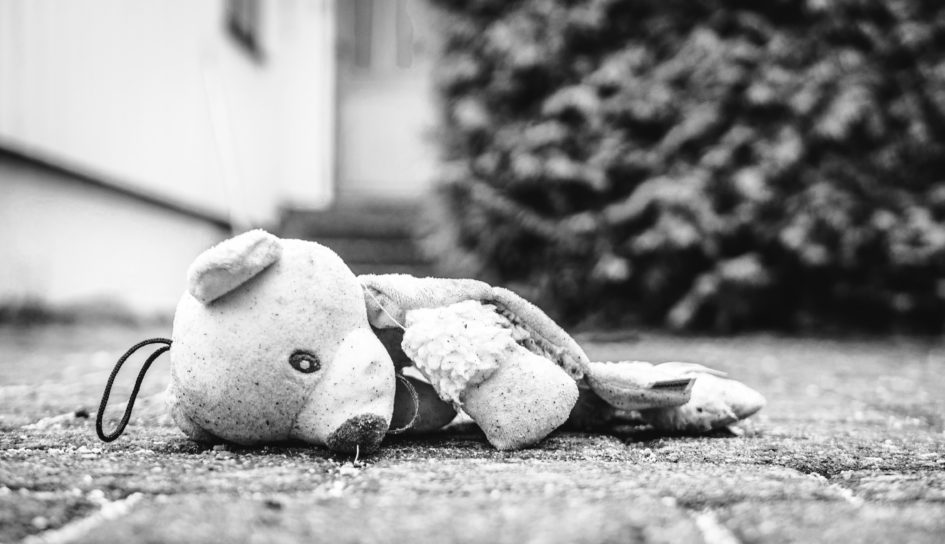 Warning: This article might trigger some people. It contains references to violence and explores a dark theme.

He hid in a corner of the dark room, clutching at his sheets with a desperation he was too young to completely understand. His eyes watered as he felt the sting in his jaw. He whimpered as he heard raised voices, feeling helpless at not being strong enough to be of much help. The six-year-old knew that he was at fault here. He had become an extra mouth to feed. Ever since he’d come of age, he knew it wouldn’t be long before he was separated from his mother. This argument was her final attempt at trying to keep him close to her. As he watched his father raise his hand again, he knew what he had to do. And he knew his life would never be the same again.

He woke up with a start in the middle of the night and found himself in a cold, damp room. There were other bodies huddled beside him-all of them children. He could feel the effect of the drugs they’d given him wearing off. He didn’t remember much, but he had flashes of masked men barging into his house and dragging him out into the unknown. The next thing he knew was that he woke up in this cold, unfamiliar room. Where most little kids need only worry about waking up at night to get a glass of water, there he was, alone, helpless and starving.

The next morning, the same men stormed into the room. He scanned their faces, looking into their eyes for any hint of humanity. He found none. They began separating the children into different age groups, beating anyone who didn’t comply into submission. The child froze when he noticed one of the men looking at him. The man was tall and dark from years of working hard under the sun. He had a scar that ran across the length of his face, giving an impression of a deep-sea pirate. Although he looked less aggressive than the other men, he seemed to be a lot more dangerous. The boy looked at the door that was at the other end of the room, looking for an escape. The man’s eyes followed his. When the young one noticed how heavily guarded the door was, his spirit broke.

Aaqil, the pirate-man, soon became his only sense of comfort. In this world of hyenas, he seemed to be the only person who cared about him. He was not like the other men. Aaqil was more gentle towards him than the others. During the nights, he was far more considerate. They soon developed a good rapport. He felt safe whenever his only friend was by his side.

When he turned thirteen, he was ready to step out into the world. A war was coming by then. The Western world was about to destroy everything that they stood for. That could not be allowed to happen. The enemy made their first move by attacking the barracks where his people lived. This led to more casualties than he could bear. That was when he took charge. He led the first attack on their special forces. Their retribution had been overdue for too long. It was at the end of the attack that he made a terrible mistake. He’d let his guard down for a moment too long. He had never realised that there was an enemy soldier right behind him. There was, however, one person who had his back. His mentor hadn’t wandered far from him. His blood turned to ice as he turned around just to see that Aaqil had taken a bullet for him.

As Aaqil’s body collapsed to the bloody ground, he felt a sudden rush of angry tears in his eyes. All they had ever wanted to do was make the world a better place; a more righteous one. Too many people had strayed from the true path. It was time to bring them all back. He despaired as he thought of everything his friend had wanted to do. Aaqil had wanted to create a better world in which everyone followed the right rules and lived a more meaningful life. As he looked into Aaqil’s lifeless eyes, the man promised himself that his death would not go in vain. He would finish what his friend had started.

He watched in glee as the father was ripped away from his family. He heard the shrieks and whimpers of his children and for a second, was reminded of his own family. As sick as it was, he felt justice was served.

This was the same little boy who had once clutched onto his mother’s arm for comfort, not wanting to live without her in his life. Now, he had become something else.

[Trigger Warning] The following reading contains potentially distressing information about violence, brutality and sadistic practices. The reader is advised to use their discretion to continue reading. “For the last time, you don’t have to do this. They will finish the... END_OF_DOCUMENT_TOKEN_TO_BE_REPLACED

Police sirens, an opened door, a step out of the flat that had been an abode and a prison for 6-years-9 months-23 days—freedom at last?   Julian Assange was under no such false impression as the British police dragged him... END_OF_DOCUMENT_TOKEN_TO_BE_REPLACED

Hope was an absurd emotion.   It was a chilly midnight when it happened for the first time. Monique was a light sleeper. After all, it didn’t take much more than a dull, heavy thud for him to jolt awake... END_OF_DOCUMENT_TOKEN_TO_BE_REPLACED

[Trigger Warning] The following reading contains events of death. **This is entirely a work of fiction and no distress was intended for any family/person affected by a natural disaster. “Please Ma!” Arya pleaded. “I made it to my final semester.... END_OF_DOCUMENT_TOKEN_TO_BE_REPLACED

Flash, Flash, Flash. Various screens show the face of the actor. A woman crying in the corner while another loves the visual of her crying. The editor looks at all of these different shots and lets out a satisfied... END_OF_DOCUMENT_TOKEN_TO_BE_REPLACED