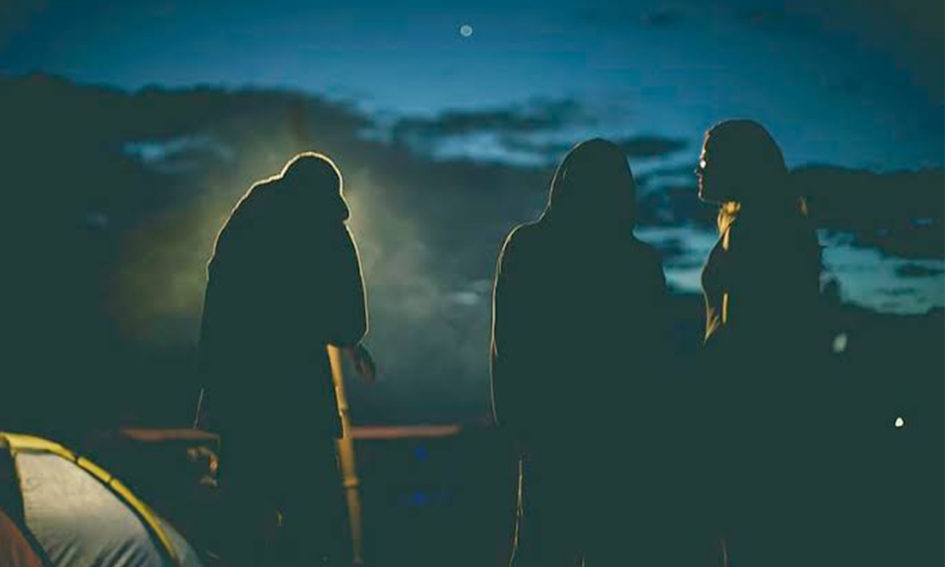 The sun rose again. It was yet another day of the tiring and exhausting quarantine. Luv, still in his bed was reluctant to get up. His phone vibrated and displayed a message: ‘You are an amazing cook.’ He smiled and got up with another quarantine recipe already being cooked in his mind. He rushed to his kitchen to ensure if all the ingredients are available.

“Ah! Thankfully”, he sighs with relief after finding them all in the kitchen: his new habitat this quarantine.

Luv is all set to cook. Meanwhile, the news about the increasing COVID-19 cases is telecasted on the television set. His concerned mom prays to the Almighty for everything to back to the way to was. Luv had already prepared his new dish and starts clicking pictures to upload them. The flavor and aroma of the dish draws his mother towards the kitchen.

While he was busy posting the pictures, his mom tastes the cake and loves it. He starts receiving compliments on the picture that he uploaded. But he was not completely happy as his eyes were only searching for the replies from Sia and Ricky-his childhood friends, who were more like a family. They usually replied faster than anybody else. But this time everybody except for them replied to Luv, giving their feedback to him. He was a bit perturbed by this. He texted Ricky.

There was no reply. In the meantime, he receives a message from Sia.

Hey! sorry for the late response but you nailed it this time too!

He was very happy after receiving that message. He thanks her and enquires about Ricky but in vain. They did all they could to contact Ricky and his relatives but were unsuccessful. It has been days, but there was no information about Ricky.

The next morning, Luv receives a phone call from an unknown number. He answers the call only to hear a devastating news that shook his world. He could not believe what he heard. Ricky has contracted the virus and is in a critical stage. Luv was closer to him than he was with his own family. He could not digest the fact and remained still for a few moments. He went down the memory lane and all the happy moments he had spent with his dearest friend flashed in front of him. Drops of tears reached the end of his eye and fell onto his cheeks. That is when he came into his senses. He immediately called Sia.

‘Pick up Sia….please pick up the call’, he prayed.

But there was no response. He did not understand what to do. Several thoughts clouded his mind. That was the moment he experienced loneliness with darkness all around trying to engulf him. He felt helpless. There was nothing that he could do. All the means that could connect him with his friend were sealed. He pleaded with his parents to take him to Ricky but there was nothing that they could do amid the lockdown. Within a second his whole world was drowned in the ocean of fear, loneliness and grief. The friend who was always at his rescue whenever he needed him was now was all by himself fighting for his life. All that he could do was just pray for Ricky’s well-being. He tried to contact Sia multiple times. Every time he called, it either said switched off or unreachable.

Luv and Ricky did not have enough time to recover from what has happened when the next dawn gave them the news of a tragic incident that happened during this pandemic-The Vizag Gas tragedy.

Vizag-hometown of Sia. Since the day Luv came to know about Ricky, he locked himself in a room for one and a half-day. He somehow managed to unlock himself from the room hoping that Ricky will soon come to visit him once he recovers. Positivity has just made some room in his mind but it lasted for not more than a day. He got to know that Sia became a victim of this tragic incident including hundreds of other innocents. His world was now destroyed. He couldn’t bear the loss. The urge to meet both of them grew stronger than ever.

He remembers the promise that they made as children.

“Neither the wind nor the storm could ever break this eternal bond. We will always be there for each other through thick and thin”, they promised but not just that day, but every time they meet they repeat their words. They kept their promise no matter what. But now Luv was afraid that the promise might break and wanted to do anything to keep it.

“I’m ready to cross all odds and meet them at any cost”, Luv told himself. “But not at the cost of your life”, said his mom with a heavy heart. He could barely look at his mother with his eyes full of grief and despair. He hugged his mom tight and sobbed his heart out.

A month later, there is a knock on the door. As soon as the door opened, a familiar voice reached Luv.

Luv ran towards the door and found Ricky! They stared at each other for a few seconds.

“How are you?”, Ricky asks. The eyes that were just a source of grief and gloom now shined brighter than the brightest of all stars.

“Thank god! You are fine. I knew you would beat the virus”, Luv said delightfully. “Yeah! By God’s grace, I am right here in front of you”, replied Ricky.

“About that….”, Ricky paused. “Sia and her family demised due to the gas leak. She no more belongs to our world!”, Ricky said.

“Sia, please come back!”, Luv pleads. “I can’t”, replied Sia. “I know you miss me. And I miss you a lot too. Remember the promise that we made years ago? I may not be there with you but I’ll always be watching over you, my friend. I need you to do me a favor. Just bring that smile back on your face for me. I know that it is very difficult but life goes on and you have to move on”, Sia says as she slowly disappears.

The next morning, the sun rose again but it was not the same anymore. It was a new start for both Ricky and Luv who had the same dream. They decided that they would never cry about Sia’s death and instead, put back a smile on their faces that Sia wanted to see.

In a world of change, the only thing constant is the effort to make a difference. While we all desire to be our finest selves, the path to being better is a rocky road. There are some days where we... END_OF_DOCUMENT_TOKEN_TO_BE_REPLACED

Disclaimer: The facts mentioned in this article may vary with the actual ones. "To conquer oneself is a greater victory than to conquer thousands in a battle." – Dalai Lama The second world war reached its final stage in 1945,... END_OF_DOCUMENT_TOKEN_TO_BE_REPLACED

Artists across the globe have not been credited enough for their work. These artists keep us entertained in our difficult times besides facing immense competition, worries of a short-lived career, declining engagement, and providing quality and original content to us... END_OF_DOCUMENT_TOKEN_TO_BE_REPLACED

To most, the color purple is just like another color and holds no special significance, other than to be one's favorite color. It is a simple color resulting in a beautiful blend of red and blue colors. But in reality,... END_OF_DOCUMENT_TOKEN_TO_BE_REPLACED

Russia, 2027. Isn't it fascinating how we humans have evolved? Thriving for perfection, we're in a race for continuous development. This century has seen tremendous changes that none of our ancestors would've ever imagined. And as we've evolved, so has... END_OF_DOCUMENT_TOKEN_TO_BE_REPLACED