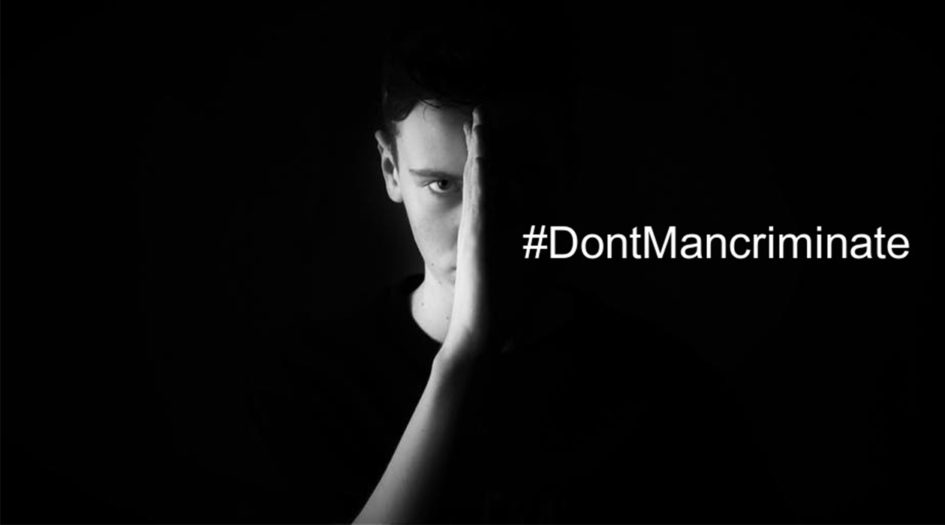 Discrimination is a real problem that continues to exist in the modern world. It takes place against various groups for a range of factors including race, religion, gender, income, age, disability and sexual preference. Despite many acts and movements against gender discrimination, it is still prevalent in India.

Discrimination against women has always been an issue that the society faces, but did you know that men face the same too? A lot of importance is given when this problem is directed towards the female end of the gender spectrum, but discrimination against men usually only sees insignificant consequences.

Whether it is discrimination at the workplace, dowry cases, or sexual harassment, men face gender discrimination but it is always kept under the wraps by the society that believes in traditional stereotypes of men being strong and tough.

The Indian Constitution has passed laws for women empowerment to ensure equality in the society but there are also a few laws like the Special Marriage Act, the Hindu Adoption and Maintenance Act or the Hindu Succession Act which are unjust towards men.

At work, men are often expected to be okay with frequent transfers, work for longer hours or work for low paying yet dangerous jobs like mining, construction and fire control. Over 90% of the deaths in workplaces are of men.

Even though both men and women own the same businesses, female-owned businesses are offered federal grants by the government and have to pay fewer taxes compared to men at the same income level.

Men have also been victims of sexual assault and domestic violence but it is taken less seriously. one such example is the existence of casting couch for men in Bollywood, which was openly confirmed by Ranveer Singh in an interview. Sexual assault is known to be under-reported in the case of both the sexes, but it is even lower when the victim is a male. If reported, people are less sympathetic towards male victims. The rate of men committing suicide is also triple that of women.

Divorce and Cruelty laws are being misused and false accusations are being made against men. In 2015-2016,  Jaipur Police had found 4,206 fake cases, which included allegations of harassment, molestation, cheating and rape. Men who are falsely accused of rape have their names published and their lives ruined, even if they are not convicted or charged- their accuser is protected and is likely to face no punishment.

According to a recent study, men receive 63% longer sentences on average than women do and women are twice as likely to avoid incarceration if convicted. This gender gap is six times larger than that of racial disparity.

Men have a shorter life expectancy compared to women. Men receive custody of only 4% of the children of divorce while women receive 92%.

They are often expected to take on ‘manly’ jobs and are mocked for choosing professions like dance or being a stay-at-home dad. When a baby is due, the mother is granted maternity leave but why doesn’t a father get paternity leaves? There has been no provision for paternity leaves in India yet. There are a lot of cases where only the husband is shown as the breadwinner and the wife as the one who takes care of home. This stigma around stay-at-home dads should be abolished.

Things are going to get better only when we stop viewing all these gender issues as ‘us v/s them’ instead of the actual ‘we’. It is high time that we all perceive gender as a spectrum and not as two opposing sets of ideals.

The human touch. Such a simple thing, yet one that holds immense power. Almost like a miracle. Wonder why? Read on.  We've been gifted with the five senses, namely: vision, speech, smell, hearing, and the most beautiful of all, touch.... END_OF_DOCUMENT_TOKEN_TO_BE_REPLACED

[Trigger Warning] The following reading contains potentially distressing information about violence, brutality and sadistic practices. The reader is advised to use their discretion to continue reading. “For the last time, you don’t have to do this. They will finish the... END_OF_DOCUMENT_TOKEN_TO_BE_REPLACED

[Trigger Warning] The following reading contains potentially distressing information about self-harm. The reader is advised to use their discretion to continue reading.   Darkness cocooned her room, her heart twisted, churned, her fingers closed around her throat, nails digging into... END_OF_DOCUMENT_TOKEN_TO_BE_REPLACED

Each person does see the world in a different way. There is not a single, unifying, objective truth. We're all limited by our perspective. - Siri Hustvedt Perspective. It is a beautiful thing in a way that, all of us... END_OF_DOCUMENT_TOKEN_TO_BE_REPLACED

Aren't all of us artists trying to express ourselves in this world? In my opinion, art is a form of expressing an emotion. Learning how to express our subconscious emotions and communicate with them will take time but what is... END_OF_DOCUMENT_TOKEN_TO_BE_REPLACED