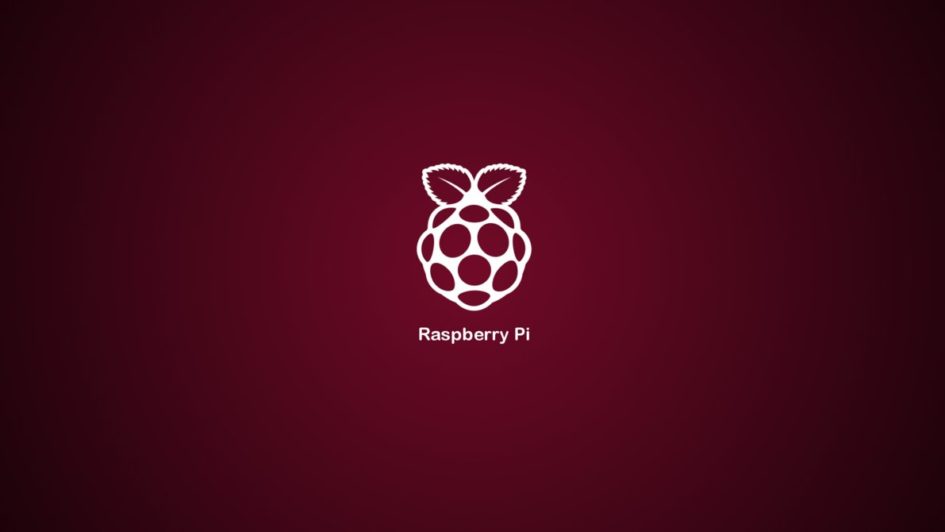 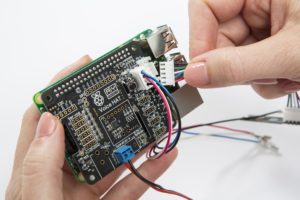 ‘Raspberry Pi’ sounds like the name of something you’d want to eat. But I assure you, it is something better. You’ll find something like “The Raspberry Pi is a series of small single-board computers developed in the United Kingdom by the Raspberry Pi Foundation to promote the teaching of basic computer science in schools and in developing countries”, if you search for it on the internet. But what does that mean? It means that the Raspberry Pi (commonly known as RPi) is a basic computer that comes at a very affordable price (the basic model, RPi Zero, costs around £11, which is approximately ₹720). It was created by the Raspberry Pi foundation to encourage people with financial restrictions to learn computer science. Hence, it was mainly targeted towards developing countries. However, due to the amazing features that the RPi comes with, it has become far more popular than what was predicted. It is a big hit even in fields such as robotics and Artificial Intelligence. It is  popular even among open source enthusiasts and programmers. In fact, platforms which host competitive programming contests (such as Codechef) have started giving away RPis as prizes.

About the latest model

As far as the technical features are concerned, you won’t be able to find anything as good as an RPi without investing a considerable amount of money. The latest model (RPi 3 Model B, also referred to as RPi 3B) comes with a lot of impressive features. It has a 1.2GHz Quad-Core ARM Cortex-A53 processor, 1GB RAM and contains four USB ports. It also supports Wi-Fi, Ethernet and Bluetooth. It even contains ports such as CSI and DSI for camera and display units respectively. The Raspberry Pi Foundation recommends the use of Raspbian Operating System (which is a Debian offspring, in case you’re wondering), but a few other Linux distributions, Windows 10 IoT core and some Unix based Operating Systems (such as FreeBSD and NetBSD) are also supported. The irony is that it costs only £32(which is around ₹2077)! Another feature that deserves to be mentioned here is its compactness. The RPi 3B is smaller than an average Smartphone (In fact, it is  the size of a credit card)! Just imagine having a computer which is smaller than your phone! If you still think RPi isn’t good, then let’s take a look at the statistics. It has sold more than 11 million pieces around the world in the span of just 9 months! Isn’t that just remarkable? 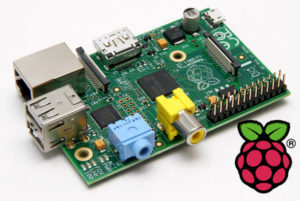 Just like everything in the world, RPi 3B too has a few drawbacks and limitations. A major drawback in RPi is that it does not support X86 (a.k.a 32-bit) Operating Systems due to its processor architecture. In addition, some applications which require high demands on CPU processing are off-limit. It also does not support DDR3 RAMs which can be quite frustrating.

Rumours and speculations for the next model

The first model came out in February 2012.The RPi 3B was released in February 2016. There is no official date yet, but the manufacturers have stated that the next RPi will not be released until at least 3 years from 2016. Therefore, we cannot expect another RPi before February 2019. This might sound quite depressing, but there’s a  lot of good news too.

One  is that the tech giant, Google, will be investing their time and money in the next RPi.  Google has announced that it will support the RPi with various AI tools. As a result, features like speech-to-text translation, NPL and face recognition will be added. Hence, the next RPi will be a lot easier to use and also, very funky.

There is no leak from the official sources, but there is a high probability that the RAM will be increased. The latest product has 1GB RAM which limits the functionality a lot. Also, many users are complaining about the RAM, so it is for sure that they will add at least a few more gigabytes of RAM to the new one.

Other than that, the processor might be changed. Hence, one can easily expect a minimum processor speed of 1.8 GHz in the next RPi.

One more feature that might turn out to be attractive is the support of USB type 3.0 ports. One thing with the 3.0 ports is that they have a higher data transfer rate (mind you, the transfer rate is 10 times that of 2.0). Another advantage is the support of features which, by nature, require USB type 3.0 ports. However, this will increase the price significantly and hence might not be added, as it defeats the main aim of being cost effective.

Having a Raspberry Pi is obviously a lot better than not having a computer at all, but it should not be compared with modern Laptop and PC standards. One must keep in mind that the primary targets for the RPi are developing countries. Therefore, it can act as a PC but not completely replace it.

Each person does see the world in a different way. There is not a single, unifying, objective truth. We're all limited by our perspective. - Siri Hustvedt Perspective. It is a beautiful thing in a way that, all of us... END_OF_DOCUMENT_TOKEN_TO_BE_REPLACED

Well, well, well. Something interesting has finally caught your attention in this painfully boring and monotonous life. You dash to the most convenient online marketplace to find the materialistic item that fuels your dopamine rush. These platforms help connect buyers... END_OF_DOCUMENT_TOKEN_TO_BE_REPLACED

“THE SWAT TEAM BURST IN. THERE WAS CURTIS GREEN COVERED IN COCAINE AND FLANKED BY TWO CHIHUAHUAS” ~The Untold Story of Silk Road by WIRED In early 2011, law enforcement agencies were caught with their pants down when drugs began... END_OF_DOCUMENT_TOKEN_TO_BE_REPLACED

The corporate industry is notoriously famous for having the highest pay grade difference for employees working in the same company at different levels doing the same or similar jobs. This difference attracts several young engineers and management graduates into this... END_OF_DOCUMENT_TOKEN_TO_BE_REPLACED

Hope was an absurd emotion.   It was a chilly midnight when it happened for the first time. Monique was a light sleeper. After all, it didn’t take much more than a dull, heavy thud for him to jolt awake... END_OF_DOCUMENT_TOKEN_TO_BE_REPLACED