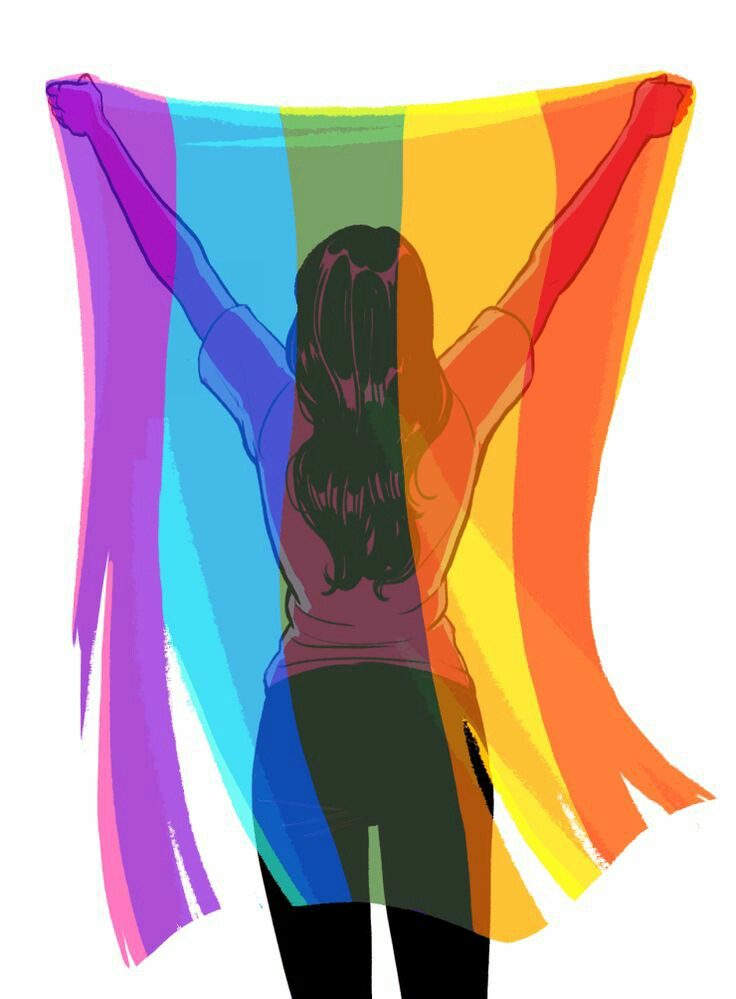 Do you know what LGBT means?It stands for Lesbian Gay Bisexual Transgender.

Many of our fellow Indians are quite unaware of this term and it is hardly shocking.

People with different sexual orientations,  different from those who call themselves “straight”, come under the LGBT community. Not that it should matter what sexual-orientation a person has, but in many countries, it’s everyone’s business and sadly India is one among them.

When India proudly says ‘We believe in equality’, it means equality in race, equality in religion, equality in language but not  gender. India is a country where, in some villages, women are still fighting for their rights. So it’s quite clear that the LGBT community doesn’t get any rights at all.

Did you know that same sex marriage is illegal in India? Apparently, it is.

These people don’t get to marry the ones they love. Now where’s the equality in it?

It’s not just India though, many countries don’t allow it. It’s heart-breaking when people use the terms ‘disgusting’, ‘weird’, ‘abnormal’ to describe these people.

We are in the 21st century and we still can’t get past those barriers which make us narrow minded.

Forget about rights, these people have much more important things to face in their life.  Unacceptance, assault, bullying, physical abuse and in a worst case scenario, abandonment and depression issues which lead to suicidal tendencies. How can they face the world when their own family cannot accept them? Instead of love and support, they get beaten to death by their own parents. They’re raped and murdered like their lives don’t matter.

People also believe that homosexuality is a disease and some say that it can be cured by shock treatments and medication.

There is no real reason for all this hatred; people are just being stubborn and too proud to accept this concept. It’s not really a change if it has always been there from the very beginning. The difference is that now people are getting aware of it all over the world. Even in Indian culture where LGBT is considered  an unwelcoming concept, Indian mythology speaks differently.

Though, in traditional Indian myths, homosexuality is not implied directly but in many stories, change of sex or third sex or intersex is implied. One of many examples is Vishnu’s avatar Mohini. The Hindu god changes his sex to transform into a beautiful woman. Transgender Hijras consider Krishna-Mohini as  a transsexual deity.

But many of the Indians do not accept these implications.

They say that 'a man and a woman fall in love and get married so they can have kids and a family. And loving someone of the same gender is against  nature and against God’ and  other loads of crap.

The famous star Neil Patrick Harris from the series ‘How I met your mother’ who played the role of Barney Stinson is happily married to David Burtka. They have been together for more than a decade and also have a daughter and a son via surrogacy.

Or Tim Cook who is the current CEO of the Apple Company who is also gay, which did not affect him from climbing the ladder of success and fulfilling his dreams.

It proves that ‘gender does not play any role in success or happiness’.

Gone are the days when people were divided as just a ‘man’ and a ‘woman’. We should see past the ‘black and white’ division and embrace the new colours. Just like the different colours of the rainbow flag, the world is filled with different kinds of people and that’s what makes our world colourful. We, of all people who believe in equality and diversity should embrace this concept.

People are beginning to realize their mistake and are starting to fight and support the LGBT community. LGBT campaigns are held all over the world where people come together, straight or not, to fight for a better cause, including India.

But we are far from achieving true equality and justice. It may take time to accept this change but with real effort this can be a possibility.

Police sirens, an opened door, a step out of the flat that had been an abode and a prison for 6-years-9 months-23 days—freedom at last?   Julian Assange was under no such false impression as the British police dragged him... END_OF_DOCUMENT_TOKEN_TO_BE_REPLACED

The corporate industry is notoriously famous for having the highest pay grade difference for employees working in the same company at different levels doing the same or similar jobs. This difference attracts several young engineers and management graduates into this... END_OF_DOCUMENT_TOKEN_TO_BE_REPLACED

[Trigger Warning] The following reading contains potentially distressing information about self-harm. The reader is advised to use their discretion to continue reading.   Darkness cocooned her room, her heart twisted, churned, her fingers closed around her throat, nails digging into... END_OF_DOCUMENT_TOKEN_TO_BE_REPLACED

Hope was an absurd emotion.   It was a chilly midnight when it happened for the first time. Monique was a light sleeper. After all, it didn’t take much more than a dull, heavy thud for him to jolt awake... END_OF_DOCUMENT_TOKEN_TO_BE_REPLACED