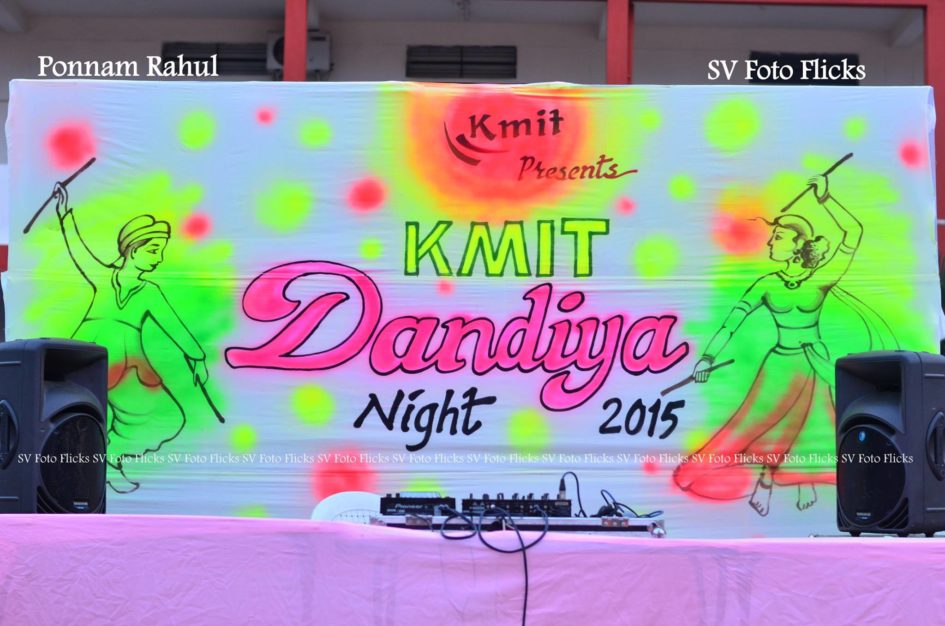 Pack up! The first major event of this academic year in KMIT has come to an end, with rather mixed reviews, I must say! It was a new experience for first years and a nostalgic moment for the final years. Here’s a quick version of Dandiya Night 2k15 for you.

One of the most traumatizing moments of was not even during the 3-hour event, it was a day or two before when we needed to get the passes. Mad rush! With “limited” number of passes (So not true. They let you take passes later, too. Spoiler alert, oops.), students were in a frenzy to get passes. Once those are in your hand, onto the costumes and get-ups. 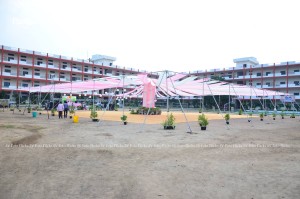 Now comes the actual event. On entering the ground, the first thing that struck my eyes was the tent they set up. With soft pink and white fabrics running from a center piece decorated in the same colors and lanterns, the first glance was great! It made the otherwise bare  ground look quite attractive.

Everyone arrived by 5:30 and the anchors began to invite everyone to the center stage on the ground. 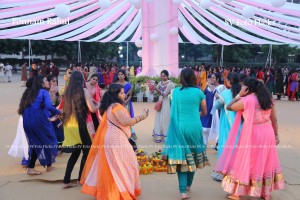 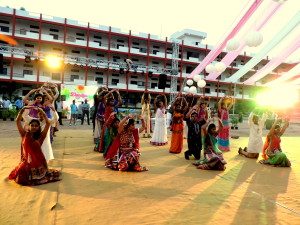 The event kicked off with a Bathukamma dance by students and few teachers, after which students gave a warm welcome to the Dandiya gods with two performances – Dandiya and Bollywood twist. The dance was well coordinated and the formations were a treat for the eyes. Well done guys!

What followed was an incredible solo drum performance by Sai Charan from 2nd year ECE. Darn, did he get a roaring applause, or what..superb job by him! 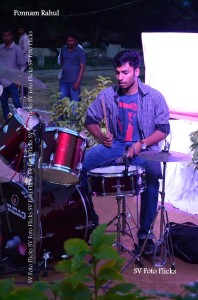 Next, the party began. Everyone grabbed their Dandiya sticks and began dancing to traditional Dandiya songs. This went on for a while before Bollywood songs too got into the DJ’s playlist for the night. Students boogied for a solid two hours with intermissions to snack on the stuff (Pani-Puri, Manchuria, noodles, juice etc) available at the food stalls. As a new addition this year, there was a laser show made by the teachers; I’m sure they had a gala time creating it. One of our teachers also celebrated their special day on the dance floor! So all-in-all it was a fun evening. 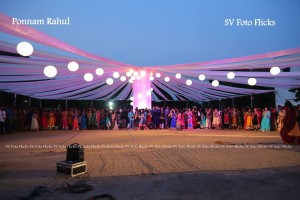 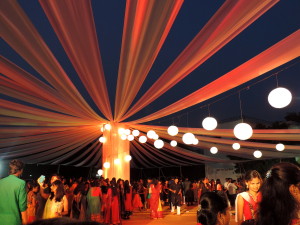 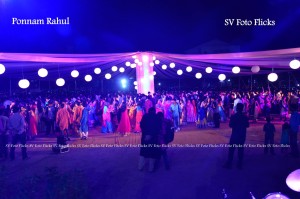 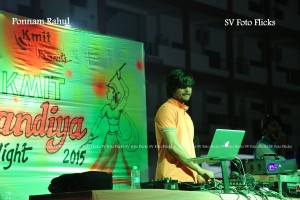 But every good story has to end at some point. Around 8 o’clock, to the disappointment and disapproval of many, students were asked to exit the ground and be on their way [which is pretty unfair- even Cinderella with all her restrictions could stay at the ball till 12 (pun intended)]. *sob sob*

That’s a wrap; KMIT Dandiya Night 2015 was a memorable event for various reasons.. Hopefully next year students get a dandiya event better than ever!

[Trigger Warning] The following reading contains potentially distressing information about self-harm. The reader is advised to use their discretion to continue reading.   Darkness cocooned her room, her heart twisted, churned, her fingers closed around her throat, nails digging into... END_OF_DOCUMENT_TOKEN_TO_BE_REPLACED

For the fourth time this week, I woke up at my desk. It wasn’t very comfortable: most of the space was taken up by an assortment of empty Red Bull cans and coffee cups. Clutter never bothered me though, it’s... END_OF_DOCUMENT_TOKEN_TO_BE_REPLACED

Growing up watching Sci-fi movies, I always imagined myself living in a fully automated world with all these cool tech devices- flying sneakers, teleportation units, and whatnot. Something as dreamy as the “first cognitive city” proposed to be built in... END_OF_DOCUMENT_TOKEN_TO_BE_REPLACED

Flash, Flash, Flash. Various screens show the face of the actor. A woman crying in the corner while another loves the visual of her crying. The editor looks at all of these different shots and lets out a satisfied... END_OF_DOCUMENT_TOKEN_TO_BE_REPLACED

Comfort space is personal to every individual. It allows you to be yourself and cherish the moments as they are with no judgment whatsoever. As for me, movies and music do the job. Speaking about movies, I have been exposed... END_OF_DOCUMENT_TOKEN_TO_BE_REPLACED