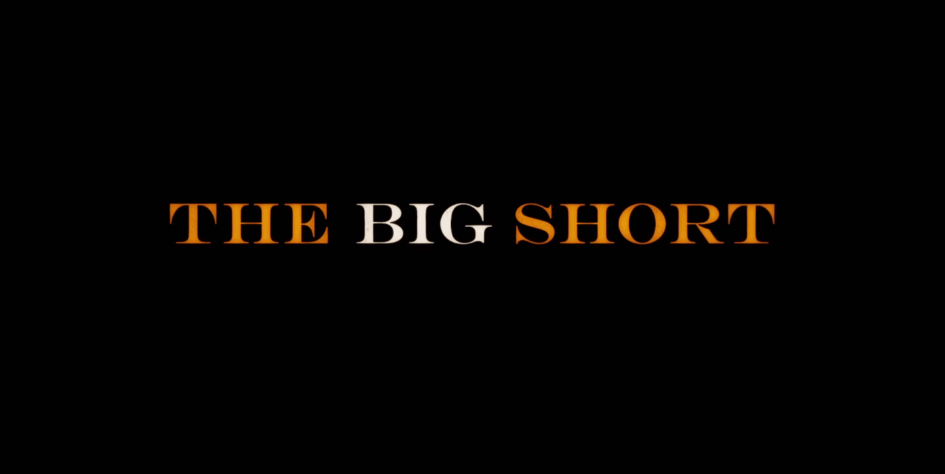 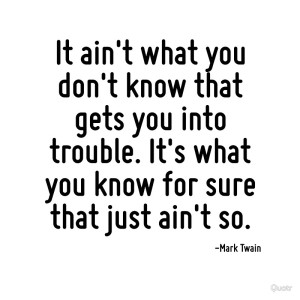 This is a story of four people who have foreseen the 2008 economic crisis in United States. Eight years ago, subprime mortgage crisis required U.S. Federal Reserve to purchase $700 billion worth distressed assets to bail out most of the banks. The Big Short is a non-fictitious adaptation of  the original book The Big Short by Michael Lewis. Like every book reader, I wonder if the movie has done justice to the book. (If  there are any readers who read the book too, kindly share your opinion with us by commenting). Eight years ago, the Collateralized Debt Obligations (CDOs) manifested into a time bomb which would soon tumble the global economic stability.

The movie tells the story of four characters who foresaw this crisis and how they handled the consequences when rest of the world was blinded and by verbose terms used by few giant banks who would do anything to jeopardize a nation’s economy. During the housing boom in America, the ratio of borrowed money by investment banks to bank’s own assets reached unprecedented levels. This means that a significant economic imbalance was created and investment banks experienced a giant cliff drop scenario. Thanks to the bail out of $700 billion dollars, most of the banks could survive this downfall. In reality, most of these bankheads (the heads of the banks, in an otherwise respectful tone), the decision makers, escaped from law. Illegitimate ratings from agencies were given to more than 65% of the CDOs including AAA marked bundles. This ponzie scheme wasn’t and still isn’t understood by many. Yet there were few who could foresee and save themselves from the consequences.Michael Burry (Christian Bale) the Wall Street guru predicts the crisis first. Jared Vennett(Ryan Gosling) and Mark Baum(Steve Carell) were the first of ones to realize that Burry was right. Ben Rickert(Brad Pitt) , a retired banker helps two young investors in making immense profit after they read one of Vennett’s papers.

A very laudable background score from Nicholas Britell and a beautiful screenplay by Adam McKay and Chris Randolph sets a great stage for the characters to stage the true story retold in the most incredible way.  This movie won the Academy Award for best adaptive screenplay. When compared to other movies about the economic crisis in 2008, this movie stands out in many ways. Firstly, the perspective. It belongs to those who are directly affected by the system which governs the Wall Street. Secondly, the story centers around individuals who respond in their own ways to the crisis and how they deal with the situation and make the most of it. While other movies blame only the executives of these insolvent companies, this movie tells a tale of survivors of an economic apolcalypse. Adam Mckay and Chris Randolph seem to have done an exceptional job with such seamless and illustrative screenplay. The Oscars they earned are certainly well deserved. The movie is a must watch for those who are fanatics of the business world. 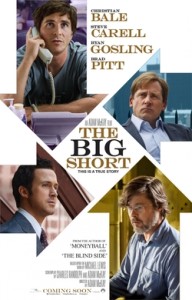 Aren't all of us artists trying to express ourselves in this world? In my opinion, art is a form of expressing an emotion. Learning how to express our subconscious emotions and communicate with them will take time but what is... END_OF_DOCUMENT_TOKEN_TO_BE_REPLACED

[Trigger Warning] The following reading contains events of death. **This is entirely a work of fiction and no distress was intended for any family/person affected by a natural disaster. “Please Ma!” Arya pleaded. “I made it to my final semester.... END_OF_DOCUMENT_TOKEN_TO_BE_REPLACED

Comfort space is personal to every individual. It allows you to be yourself and cherish the moments as they are with no judgment whatsoever. As for me, movies and music do the job. Speaking about movies, I have been exposed... END_OF_DOCUMENT_TOKEN_TO_BE_REPLACED

[Trigger Warning] The following article contains acts of cruelty and violence. Reader discretion is advised. I opened my laptop, exhausted from all the classes at college, (not) ready to log in to another class when I stumbled upon “Monster: The... END_OF_DOCUMENT_TOKEN_TO_BE_REPLACED

For the fourth time this week, I woke up at my desk. It wasn’t very comfortable: most of the space was taken up by an assortment of empty Red Bull cans and coffee cups. Clutter never bothered me though, it’s... END_OF_DOCUMENT_TOKEN_TO_BE_REPLACED