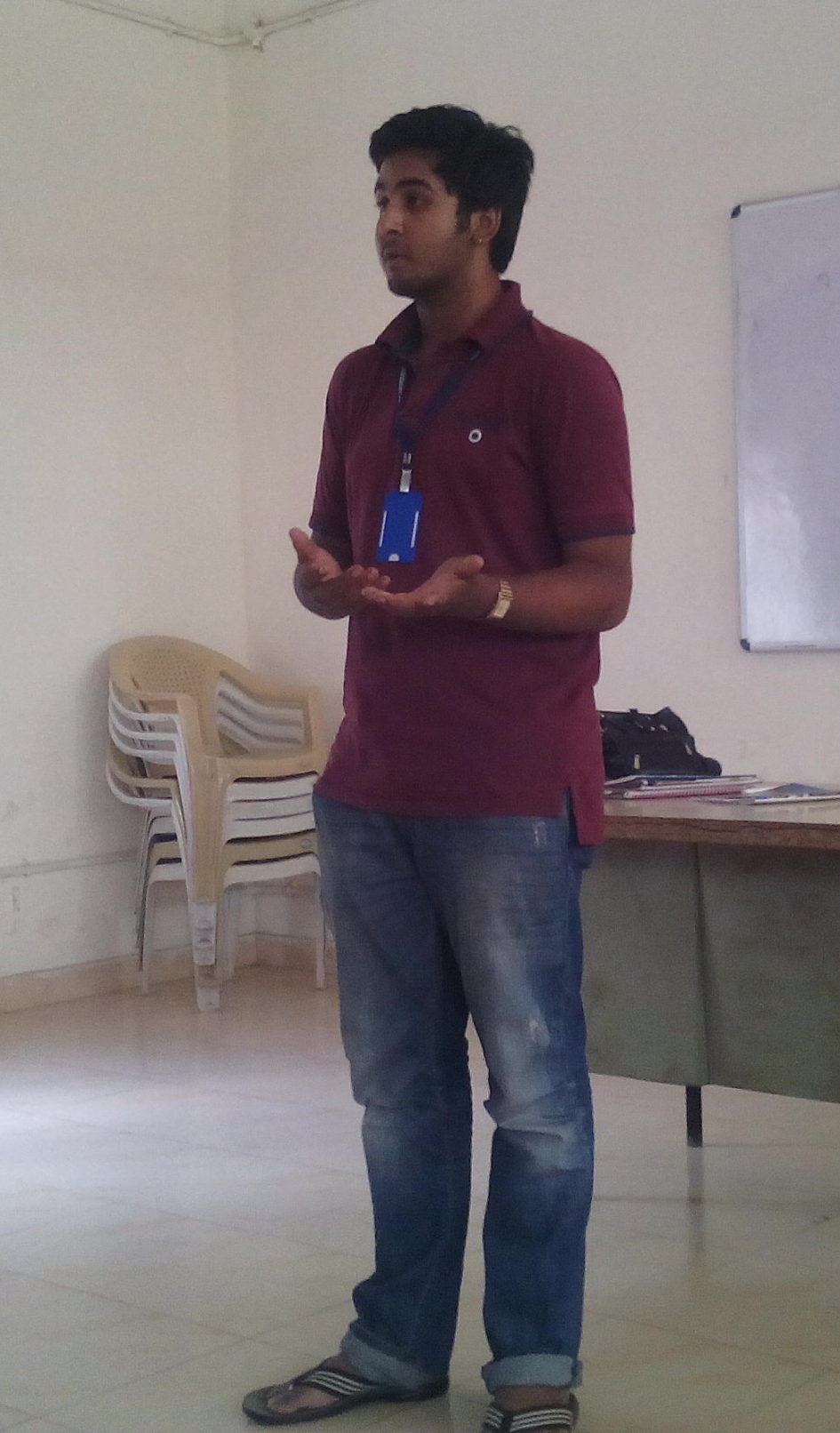 The college had yet again come up with three interesting competitions for the students! Story-telling, Debate and a Product Launch competition were conducted this month. Though it was the first try to get students involved into such activities, there was a fine participation in the events.

The Story- Telling competition was held on 7th March. Though there were not many participants, each story was more interesting. After a tough combat, Shanmukha from 1st year CSE B was announced as the winner. “I feel great to be participating in events where expressing plays a good role. Thank you KMIT for conducting the competition.” He says.

The Debate competition passed hot between 5 teams, taking 2 teams to the finals. The finalists had to debate on the topic ‘India’s daughter’ and Shreyas and Mohak from 1st year CSE B were announced winners. “We hope there are more participants next time” said Mohak, one of the winners.

Keeping in mind the skills students need to have during recruitments, the college had come up with a Product Launch competition, where the interested students were asked to launch a non-technical product of their own imagination. This event had fourteen teams enrolled and three of them could make it to the finals. The winner was a team of three, Sagar Varma, Aashish K and V Ravi Chandra from 1st year. They launched the ecolite, an eco-friendly windshield for automobiles.

All in all, it was good to see the juniors so active and talented. The events went smooth and successful and we hope that the college hosts more such events in future.

TRIGGER WARNING: This article contains instances of extreme violence. Reader discretion is advised. It was a hot, blazing afternoon. I was gaming with my friends. The doorbell rang out of nowhere and I couldn’t think of anyone who would visit... END_OF_DOCUMENT_TOKEN_TO_BE_REPLACED

What makes a modern smartphone smart is its ability to connect to the internet and its functions like video playback, music, cameras, and gaming. The Candybar touchscreen form factor of smartphones has been in existence since 2006 or so, the... END_OF_DOCUMENT_TOKEN_TO_BE_REPLACED

I’m trembling now in the hands of a writer, as a wave of nostalgia and memories, flows through my ink. I lay motionless in-between his fingers while he gazes out of the window, probably recollecting all the pages we journeyed... END_OF_DOCUMENT_TOKEN_TO_BE_REPLACED

I was astray and in darkness, wandering around When you unshackled the beam of light within me You were a prism that deflected me into a new realm Brought out a spectrum of colors I was ignorant of   I... END_OF_DOCUMENT_TOKEN_TO_BE_REPLACED

The Parliament scene that happened thirty-two years ago in March 1989 was the turning point of Tamil Nadu politics. The movie starts with this unforgettable assembly scene that turned the tables on upcoming politics in Tamil Nadu. Four-time National film... END_OF_DOCUMENT_TOKEN_TO_BE_REPLACED