Netflix released this year’s highly anticipated sci-fi/horror thriller to much fanfare on the 27th of October: Stranger Things 2 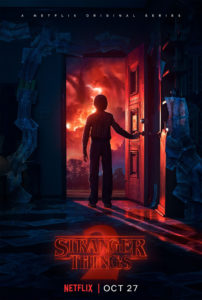 Disclaimer: Minor spoilers  from this point beyond

The events of Stranger Things 2 are set a year after those of the first season: 1984. The season opens with everyone in the fictional town of Hawkin limping back to normalcy. Will Byers has returned from The Upside Down. Will, Dustin, Mike, and Lucas are trying to get over the supposed loss of their friend, Eleven.

Eleven’s character arc is definitely the most interesting one of all; Unbeknownst to everybody else, Eleven is in hiding at Hopper’s cabin, deep in the woods. This paternal bonding between the both of them is something to watch out for this season.This season delves deeper into her past and we get a glimpse into her family-that-could-have-been. Also, the paternal bond between El and Hopper makes for some worthy television. 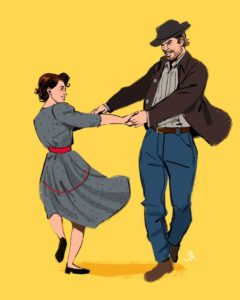 While the first season revolved around mainly the Demogorgon, this time around, there is something more sinister lurking in the shadows. 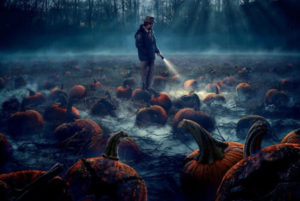 The cast has demonstrated some terrific acting skills with power packed performances from the Entire ensemble cast. 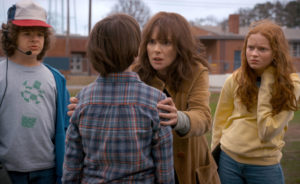 Apart from the main cast, this season also saw the entry of many new characters.

One interesting character introduced this season is Bob Newby, the new love interest of Joyce. It wouldn't be very wrong to say that Bob is one of those characters...... He is your typical shy, next-door sweet guy who also packs super programming skills as evident in the finale of the season.

The soundtrack of Stranger Things 2 is absolutely marvellous with background scores featuring the likes of Billie Holiday’s You Better Go Now, Roy Orbison's rendition of Blue Bayou. Another Emmy doesn’t seem so far out of reach of Kylie Dixon &  Michael Stein.

The Stranger Things universe has only gotten bigger since its first season.While last season only gave us a glimpse into the world of The Upside Down, this season we saw how terrifying it truly is. Influence of M. Night Shyamalan-Duffer Brothers' mentor-is ubiquitous this season, as is clearly visible, as it adopts a more macabre tone in its storytelling.

This season is high on emotional content and at the same time has its share of light-hearted moments too, coupled with feelings of angst, love, revenge, rejection, and most of all, friendship and bravery.

It is no surprise, then, that Stranger Things 2 has already garnered high ratings and critical acclaim. And Netflix is riding high on the success of its biggest cash cow.

Growing up watching Sci-fi movies, I always imagined myself living in a fully automated world with all these cool tech devices- flying sneakers, teleportation units, and whatnot. Something as dreamy as the “first cognitive city” proposed to be built in... END_OF_DOCUMENT_TOKEN_TO_BE_REPLACED

The corporate industry is notoriously famous for having the highest pay grade difference for employees working in the same company at different levels doing the same or similar jobs. This difference attracts several young engineers and management graduates into this... END_OF_DOCUMENT_TOKEN_TO_BE_REPLACED

Well, well, well. Something interesting has finally caught your attention in this painfully boring and monotonous life. You dash to the most convenient online marketplace to find the materialistic item that fuels your dopamine rush. These platforms help connect buyers... END_OF_DOCUMENT_TOKEN_TO_BE_REPLACED

For the fourth time this week, I woke up at my desk. It wasn’t very comfortable: most of the space was taken up by an assortment of empty Red Bull cans and coffee cups. Clutter never bothered me though, it’s... END_OF_DOCUMENT_TOKEN_TO_BE_REPLACED