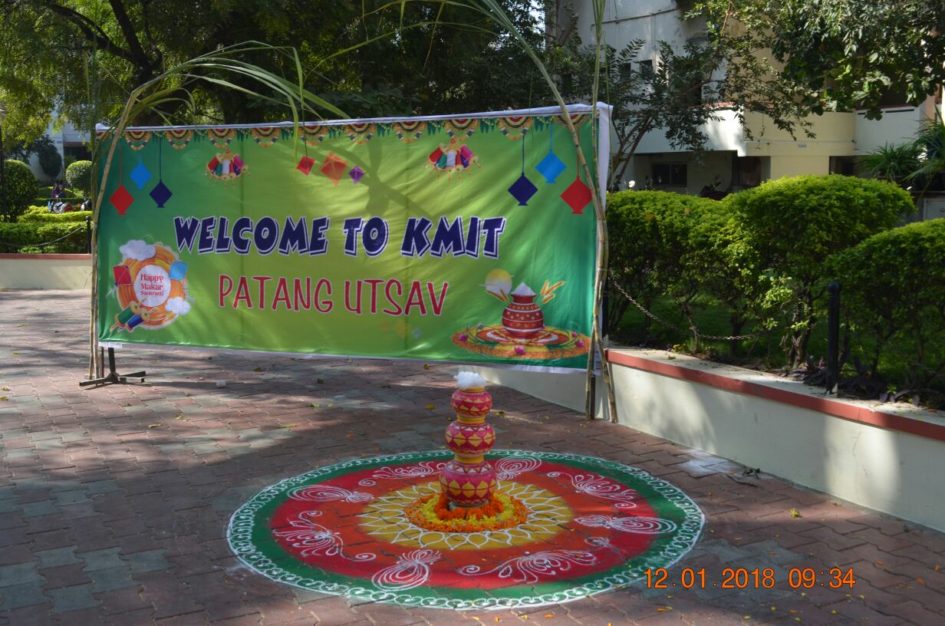 Sankranthi is the festival of harvest. Many people harvest crops but everybody harvests happiness. So is the case with KMIT. Every year, we celebrate Patangotsav before Sankranthi. This time was no different. We celebrated Patangotsav on the 12th of January from 10:00 AM to 4:30 PM. There were many activities in which both the students and faculty could participate in. The college was decorated beautifully with rangoli and 'bommala koluvu', a step-wise arrangement of clay idols or dolls, an age old tradition of the Telugu-speaking people. 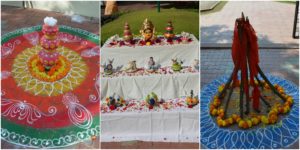 The competitions held were 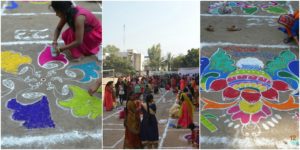 The students and the faculty were enthusiastic about all the competitions. We started off with the Rangoli competition. The participants were given an hour and a designated area in the volleyball court to finish their Rangoli. One hour later, there they were, the most beautiful rangolis we have ever seen. The judges surely had a tough time judging all the appealing, colourful geometric patterns. There's no doubting that.

After Rangoli, Kite Making and Mehendi competitions took place simultaneously in rooms 110 and 111, with participants being given 30 minutes for the former and an hour for the latter. 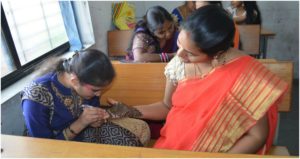 It was after these competitions, the traditionally best dressed pageant was held. The students and faculty walked a few meters in their traditional attire, answered a few questions asked by the judges, and were judged based on how traditional their attire was. 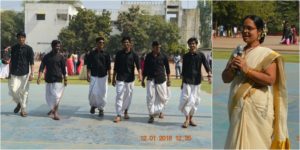 There was a stage set up for anybody who wanted to perform. The band played for a while, students and faculty sang a few songs. There were a few dance performances too by the students. 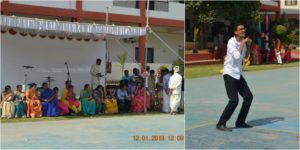 All this while, students and faculty were flying kites. There was a good wind, the kites flew to great heights. Loud cheers would erupt suddenly whenever a kite was cut. The campus was brimming with joy. 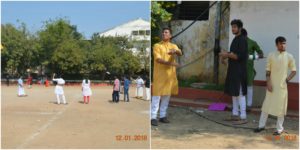 As always, students were allowed to set up stalls with games, photo booths and food stalls. This time, there was a mehendi stall, and stalls that sold KMIT merchandise and kites. When it comes to food, there were stalls for mirchi bajji, jalebi, pani puri, fruit and sugarcane juices, and our regular, delicious canteen food. 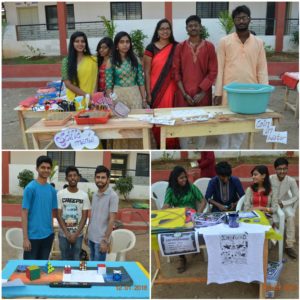 Another special attraction this year was a stall with a potter and his wheel. Everyone was allowed to make small clay pots or lamps under the expert guidance of the potter and take the items home, free of cost. It was a huge hit with everyone and everyone was talking about how amazing the cold clay felt against their hands and how this should be done every year. 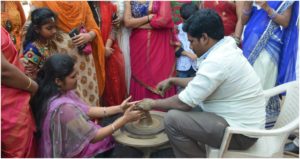 The prize distribution ceremony was held at the end of the day. Winners were given certificates and cash prizes. And just like that, the day came to an end. Patangotsav for 2018 was officially over. People started leaving the campus with memories they made that day and hopes that the many Patangotsavs to come would be just as good as this one. 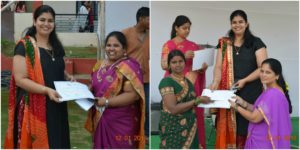 “Propaganda” in present-day English, refers to information or media (especially of biased or misleading nature) that is used to manipulate the audience to further an agenda. If you hear the word propaganda, it immediately alerts you to look out for... END_OF_DOCUMENT_TOKEN_TO_BE_REPLACED

It feels like just a week ago when the internet was bombarded with memes of Will Smith slapping Chris Rock at the 2022 Oscars. Ah, what a moment. The Cannes Film Festival too ended just recently, leaving us waiting for... END_OF_DOCUMENT_TOKEN_TO_BE_REPLACED

As the night grew darker, enveloping an empty street with mystery and fear, it embraced two college students, Matteo and Ace. Drunk and floundering into the dark alley, they hadn't realised how far they had wandered until they came across... END_OF_DOCUMENT_TOKEN_TO_BE_REPLACED