So, What’s Your Type? 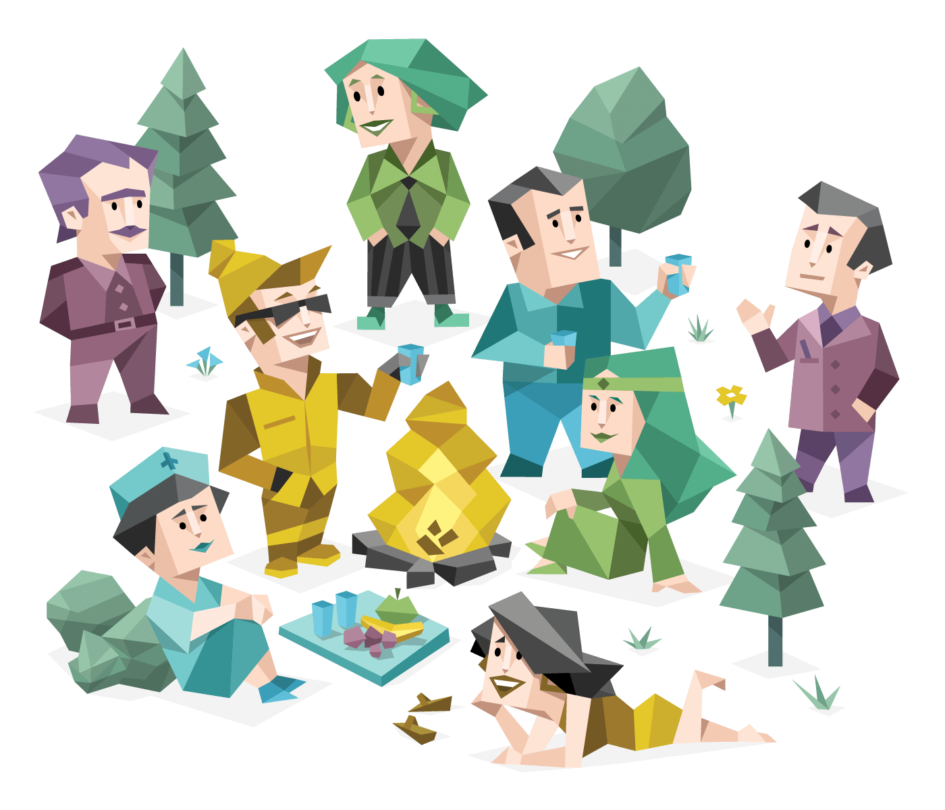 So, What's your type?

Have you ever felt like there is no one in the world who understands you, who see what you see and think the way you do? Were you ever confused about who you were? Let me tell you this, we’ve all been there.

When people tell you that you are one in a million, please, do NOT believe them. Because, scientifically speaking, you are just one in sixteen. Sorry if that was demoralising, but it’s true.

Once upon a time, there was a woman named Katharine Cook Briggs, who had a daughter- Isabel Briggs in 1897. During Isabel’s childhood, Briggs developed theories upon theories about how to properly raise a child. See Briggs had brains, she decided that her daughter wouldn’t learn much at school, so she decided to home-school her daughter.

All through Isabel’s childhood, she went on building these theories, but kept them all to herself. Things changed when Isabel’s to-be-husband came into the picture. Katharine observed distinct differences between him and the rest of her family members.

This encouraged Briggs to read biographies and she subsequently concluded a typology, where she proposed that people had four temperaments- meditative, spontaneous, executive and social.

It was around this time, that Carl Jung, a psychologist published a book titled ‘Psychological Types’, which held theories similar to Briggs’ conclusions, only, they had gone a little deeper. (Coincidence? Hell yeah!)

Briggs and her daughter, who was now Myers, studied Jung’s work extensively and decided to channel all their efforts into studying human personalities. But, there was a problem. Neither Briggs nor Myers was formally educated in psychology, so, they were short of credentials for psychometric testing.

Still, these ladies did not give up. Myers joined a large Philadelphia bank as an apprentice to a personnel manager there, who went on to start one of the most successful personnel consulting firms in the USA.

With the knowledge gained during her apprenticeship, Myers and Briggs started to build a type indicator, the Myers Briggs Type Indicator (MBTI), during the World War II, thinking that personality preferences would help women, who were entering the shop floors for the first time in history, to know which war-time job would suit them better. They published the MBTI Handbook in 1944.

Owing to its accuracy and huge success, MBTI process received support and funds from various institutions, across USA.

Based on these four qualities, there are sixteen different types of personalities- ENFP, ESTJ, INTP, ISFJ and the rest follow.

Seems unbelievable, doesn’t it? A population of one billion in the world and just 16 acronyms to define them all.

I took the 16 personalities test a few months ago and my results were overwhelming. The description of my personality type was spot on and I felt like it was written just for me.

To know your type, take the test.

Trigger Warning: The following article contains a portrayal of characters suffering from severe mental illness. Readers' discretion is advised.   Jane was driving her away from the glimmer of light towards the darkness, creeping deeper and deeper, until she was... END_OF_DOCUMENT_TOKEN_TO_BE_REPLACED

Artists across the globe have not been credited enough for their work. These artists keep us entertained in our difficult times besides facing immense competition, worries of a short-lived career, declining engagement, and providing quality and original content to us... END_OF_DOCUMENT_TOKEN_TO_BE_REPLACED

What’s wrong with the title? Has there been a mistake or has the writer gone crazy? Would you believe me if I tell you that nothing is wrong at all? Here’s the trick-Replace each letter of the title with its... END_OF_DOCUMENT_TOKEN_TO_BE_REPLACED

Russia, 2027. Isn't it fascinating how we humans have evolved? Thriving for perfection, we're in a race for continuous development. This century has seen tremendous changes that none of our ancestors would've ever imagined. And as we've evolved, so has... END_OF_DOCUMENT_TOKEN_TO_BE_REPLACED

Afternoon, 27th September 2080 The season of fall had begun. The leaves had turned orange and were bidding goodbye to the trees which held them close to their hearts, to become one with the gentle breeze. Their journey now had... END_OF_DOCUMENT_TOKEN_TO_BE_REPLACED