Everyone knows Sushant from his popular movie MS Dhoni- the Untold Story. After MS Dhoni, he was seen in the film Chhichhore, which gave a beautiful message “Suicide is not the solution”. Many students found the movie relatable. After Chhichhore, he was seen in his last film Dil Bechara, which released after his death and made everyone cry for his final performance. Such a brilliant actor.

But do you know who Sushant was before coming into the movies?

This is not some information you’d find from his Wikipedia page.

These details of him are taken from a talk of his that inspired me. 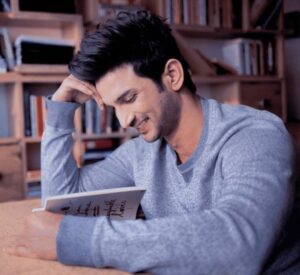 Sushant Singh Rajput was born on 21st January 1986. He was born in Maldiha in Purnima district, Bihar. Sushant was the youngest in the family. He was an introvert as he was pampered a lot at home. Once Sushant mentioned, “I was so pampered that I didn’t know how to deal with people”.

He was a national Olympiad winner in Physics. A gem of a person indeed!

He had to share a room with 2 other students and had to prepare his own food, wash his own clothes. Sushant was prepared for this because he wanted to get into a deemed institution.

He did well in his exams and got into a good college. Sushant had ranked 7th in DCE entrance(Delhi College of engineering) in 2003 and secured admission in Mechanical engineering.

Sushant wanted to become a civil servant and was preparing for his UPSC exams. But somewhere Sushant felt a void, something felt incomplete. So, he thought of giving theatrics a try as there was time for his exams to start. He then established banter in conversations since he was shy to talk to people. Another reason for joining the theatre was to interact with girls, as the gender ratio in engineering institutions was pretty bad.

He enjoyed theatrics, and after 2 years he was in the dilemma of choosing between civil services or continuing with arts.

What would you guys prefer?

I would take up something I loved doing.

Sushant did the same.

Sushant thought, “What if I become a movie star?” He was serious about this. So, he dropped out of college and left for the city of dreams and one that never sleeps- Mumbai. Sushant left college in his 3rd year. He then worked at other skills an actor needed, diligently.

Now he had to share a room with 6 people. Again, he was prepared. He said that there was only one difference between then and now- now he is happy, satisfied, was doing something he truly loved.

He learnt dance at the Shiamak Davar Institute for Performing Arts and worked as a background dancer for stars like Shahrukh Khan, Shahid Kapoor, and many more. After 3 years, he got an opportunity to be a part of a prime time television show Pavitra Rishta. The show was a hit, and to fathom the newly achieved stardom, he used to visit malls so that people could click pictures with him.

Many people started recognizing him, he was earning money, and everything was going well. He earned money to a point where money stopped being a differentiator in his life. He was enjoying his success, bought a new home and a car. Sushant waited for so long to enjoy this success. Now, he has money and recognition.

He planned everything for the future. He drew flow charts too. Still, he felt something was missing in his life.

What could it be?

Well, he was missing the cause behind his shift: “What did I leave college and come for?”

He was fantasizing about the future but forgot to live the present.

He understood and came up with an equation that he’d been thinking it wrong.

The equation to Success

What could be the correct equation for success?

The equation to success is,

If you love your work, Kudos! You are on the way to reach the target(success).

Lastly, he says “Money and Fame still could not earn back the reputation in my life but now I have many more of them than I ever planned!”

So, love your work and love yourself.

As the night grew darker, enveloping an empty street with mystery and fear, it embraced two college students, Matteo and Ace. Drunk and floundering into the dark alley, they hadn't realised how far they had wandered until they came across... END_OF_DOCUMENT_TOKEN_TO_BE_REPLACED

Many of us might look back at the time we spent in school with nostalgia and fond memories. But most will also agree that it wasn't the happiest of places with long and monitored study hours, heavy bags full of... END_OF_DOCUMENT_TOKEN_TO_BE_REPLACED

“Propaganda” in present-day English, refers to information or media (especially of biased or misleading nature) that is used to manipulate the audience to further an agenda. If you hear the word propaganda, it immediately alerts you to look out for... END_OF_DOCUMENT_TOKEN_TO_BE_REPLACED

Two things have always fascinated me as a child- words and crosswords. Which word should I say? How do I say it? Can it, in its barely ten letters, hardly three syllables, carry the whole meaning of what I want... END_OF_DOCUMENT_TOKEN_TO_BE_REPLACED