Secrets of the Device 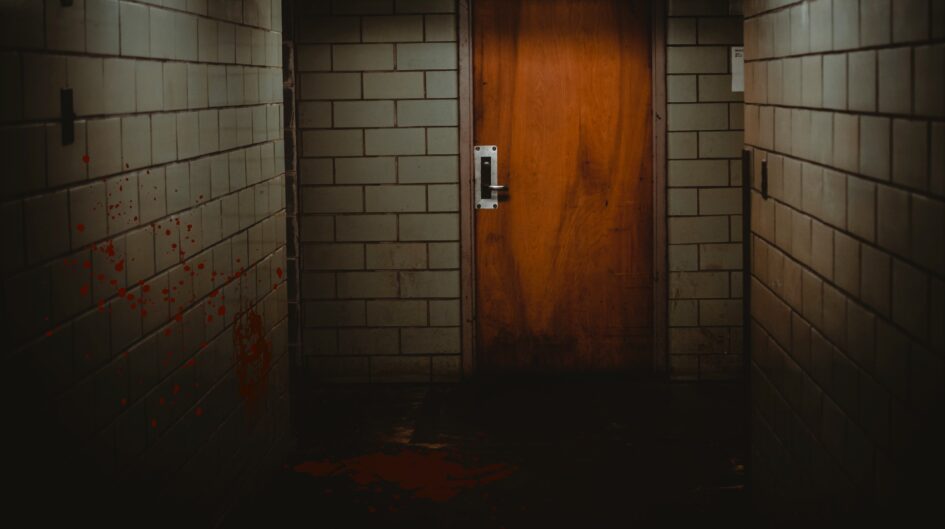 In a place where being an Elite Student is the only thing every student desires, we Elites need to prove ourselves worthy of the title with every action we do. We were always in the spotlight. Hence, on the day of our academy’s sports carnival, we were humiliated for our poor performance. A day after that, the Directors running the academy asked us to reclaim our lost honour by retrieving a ‘device’ from an abandoned facility. A device left behind by the first generation of Elites. Rumour has it that every person who went to retrieve that device has never returned.

We trained for a few days before going to the underground facility to retrieve it. Mridul, whom we met recently, had been a great help to us during our training. We were attracted to his vast knowledge and understanding of science, though he is not an Elite. We became friends in no time. But for some reason, he hated daylight. Whenever we wanted his help, we had to wait until the sunset.

Today is the day we are going to prove ourselves to everyone who looked down upon us. The large quaint structure of this underground facility has left us all stupefied.

“I want you all to stay on your guard. If you notice anything suspicious, notify me immediately”, ordered our leader Hera. While walking in, I could feel things crackling and crunching under my feet, and I didn’t dare to look down. Shelia, the tech-savvy of our group, worked on the wires to get access to the electricity. Right after she turned on the lights, the scene of rusted metal walls tainted with blood, and a floor full of scattered dead bodies made my blood run cold.

“Not all died in the same period. They might be the ones who had come to take the device. It appears that all of them struggled while dying”, said Ishan.

“So what killed them?” Shelia asked, trembling with fear as she stepped on something. She picked up what looked like a book. “It looks like a journal with no name”, she said while turning pages and started reading the last page.

“2008 July 7th. Today, we learned that they are going to use this device for an ominous purpose. They lied to us and manipulated us into thinking that we were inventing this for a good cause. We are supposed to be the Elites of this country, yet it was a child’s play for them to trick us. They are coming for the device, and we don’t have enough time to destroy it.

So we have decided to place it in a locker designed to withstand nuclear level threats and then end our lives before they can torture us to get this device. This device has the power to kill millions of lives in an instant. If they get their hands on this device, then that will be the beginning of the end of humanity.”

She paused and turned the pages. “All the other pages are blank,” Shelia continued in a broken tone.

Hundreds of thoughts were running in my mind. Did they send us here knowing how dangerous this device was? Was it the Directors who tricked them into this? How come no one questioned their deaths until now? Who is protecting this place by killing people? Is there any chance of survival for us?

Hirashi gasped and took out a paper from his bag and started reading it,

“We were curious young minds always wanting to explore the depths of science. We blindly trusted the people of this cruel world. And that brought death upon us. We deserved death for bringing such a dangerous weapon into this world. If only we knew what was coming, we would’ve never invented it in the first place. Be aware of who you trust.

Knowing that you are the ones going there, I can finally rest in peace. The souls of my comrades who had died on that day are waiting for you to free them. I believe that you can destroy that device with the help of all the information I gave you during the last few days.”

Hirashi continued folding the letter, “ Mridul gave me this letter and asked me to read it out to everyone only after I read his other voice. I did not understand him at that time, but now I know that his other voice is in his journal.”

With tears running down her cheeks, Hera spoke, “Everyone, let’s just destroy that thing and get out of here.”

After a long search, we found the locker. Hera entered the password and got it right on the first attempt. Everyone looked at her, expecting an explanation. She then answered, “I was going through that journal and saw the date of the formation of their group. A lucky guess.”

After successfully destroying it, we found our way out of the facility without trouble. If Mridul had not shared the information on how to destroy the device when we were preparing for the test, then we would’ve never been able to destroy it.

It’s been ten days since then. We promised each other to keep the existence of Mridul and what happened in the facility a secret. We lied to everyone that there was no such device as mentioned in the facility. Moreover, who would even believe that we hung out with a person who has been dead for more than ten years and that he shared his story with us through the voices of his journal and letter?

Even though we didn’t retrieve the device, we gained our reputation back just because we came out alive when nobody did. But we still wonder while everyone who went in there had died mysteriously, how did we get out of the facility unharmed?

Zestful cross-rhythms of symphonious bells. Undamped reverberations of vedic hymns. Unmistakable aromas of holy incenses. Unfathomable chants of pious devotees. These are the first images that usually occupied my mind when I heard the word 'temple'! I'm not much of... END_OF_DOCUMENT_TOKEN_TO_BE_REPLACED

The scene before his eyes frightened Charles Lyell. He couldn’t tell if he was looking at the same man who ignored his seasickness and spent half a decade sailing the oceans, just for the sake of research. He had trouble... END_OF_DOCUMENT_TOKEN_TO_BE_REPLACED

The new normal was finally here and so was the necessity of having to sit in a room full of people, people you have to compete with just so you can make sense of life. I kept fidgeting with my... END_OF_DOCUMENT_TOKEN_TO_BE_REPLACED

Imagine a clean world. It does not have war, poverty, or hunger. Fancy a universe out there, that lives in binary- yin or yang, good or bad, black or white. There is no gray area, no room for error or... END_OF_DOCUMENT_TOKEN_TO_BE_REPLACED

On 24th March 2020 at 8 PM, TV screens across India flickered in unison as the Indian government announced a 21-day nationwide lockdown as a preventive measure for the COVID-19 pandemic. This announcement caused a complete meltdown of economies worldwide.... END_OF_DOCUMENT_TOKEN_TO_BE_REPLACED