Rolling in the Deep – Mira Grant 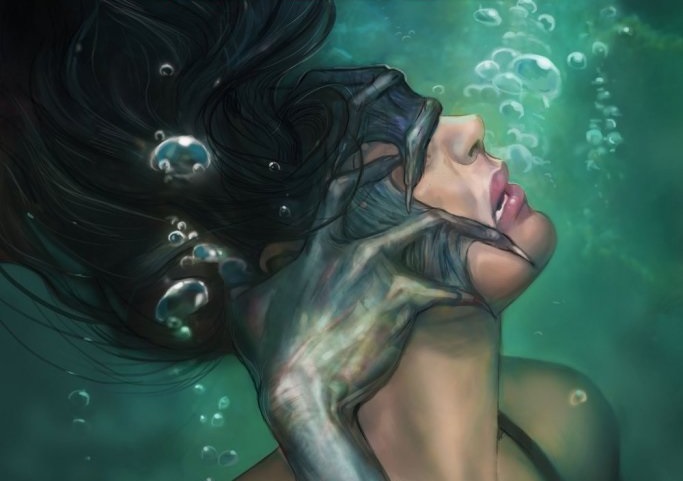 Rolling in the Deep

Seanan McGuire is an american author and filker. In 2010, she was awarded the John W. Campbell Award for Best New Writer by the 2010 World Science Fiction Convention, largely because of her urban fantasy/detective story Rosemary and Rue (2009). She also has number of other published novels since then, also featuring October Daye. She writes under the pseudonym Mira Grant.

“ We turned monsters into myths, and then we turned them into fairy tales. We dismissed the bad parts.”

“Rolling in the deep” is a novella. The story revolves around a channel ‘Imagine Network’ which had built its reputation on B-grade horror movies and reruns of old science fiction classics. The channel commissioned a documentary on mermaids, to be filmed from the cruise ship Atargatis. Many believed that this would spell the end of Imagine Network, considering how the channel had been plagued with declining ratings and no advertising commitments . But, the footage found aboard SS Atargatis proves everyone wrong. The action in the story is based on the footage from cameras aboard Atargatis. With this particular program the plan was to go way into deep waters, so as to effectively capture the footage of real mermaids. Nondisclosure agreements are signed, skeptical scientists are brought in along with their interns.  A few women are also signed up who would operate as insurance in case they don’t actually find any mermaids, for everybody believed  mermaids were a myth sailors made up. They certainly didn’t expect to see mermaids with teeth.

Like in every other book of hers, Grant used a framing device to tell her story. In this case it is a television voice-over, warning the viewers about the graphic content in the material the channel is about to air. Another skill of hers is writing lovable characters which the readers can relate to and surprising tragic deaths at the end. This is no spoiler, the reader will be briefed of how the Atargatis was found drifting in the Mariana trench, unmanned, right at the very beginning of the novella.

“We may never know how much of the footage from the SS Atargatis was faked, or how much of it was real. What we do know is that none of the scientists, crewmen, or actors who set sail with the Atargatis were aboard when the ship was found, adrift, some six weeks later, and none of them have resurfaced since.”

The tale is told in an interleaving fashion, weaving the perspectives of those who perished with a TV special that aired after it was clear that something very bad happened to them.

Not only does Grant present characters belonging to a range of specializations within the oceanography field, she lets them drive a portion of the narrative as they take readings and analyze their findings. She also goes into the reality of  how a rating-seeking reality show goes to stage a scene and manipulates the audience.

For a novella, Grant did a wonderful job at an adding tension. She could also make me care for these characters in such a short amount of time, which is damn inconvenient because you know up front all of them are going to die. I don’t want to give anything else away. I can say that it is a spooky, well-researched and definitely unputdownable!

Find out: what happened in Mariana Trench?What killed the crew and the passengers of the Atargatis? What is lurking in the bathypelagic zone of  Mariana Trench? Are mermaids really like how they are depicted in the “Little mermaid”?… read “Rolling in the deep” by Mira Grant and uncover all the mysteries!

Hope was an absurd emotion.   It was a chilly midnight when it happened for the first time. Monique was a light sleeper. After all, it didn’t take much more than a dull, heavy thud for him to jolt awake... END_OF_DOCUMENT_TOKEN_TO_BE_REPLACED

Police sirens, an opened door, a step out of the flat that had been an abode and a prison for 6-years-9 months-23 days—freedom at last?   Julian Assange was under no such false impression as the British police dragged him... END_OF_DOCUMENT_TOKEN_TO_BE_REPLACED

[Trigger Warning] The following article contains acts of cruelty and violence. Reader discretion is advised. I opened my laptop, exhausted from all the classes at college, (not) ready to log in to another class when I stumbled upon “Monster: The... END_OF_DOCUMENT_TOKEN_TO_BE_REPLACED

“What is it about being blind that it makes you want to walk the dog the whole time?” “When it comes to environment, it's not us but our children and our children's children that will pay for our mistakes, which... END_OF_DOCUMENT_TOKEN_TO_BE_REPLACED