THE RISE OF “STAND UP COMEDY “ 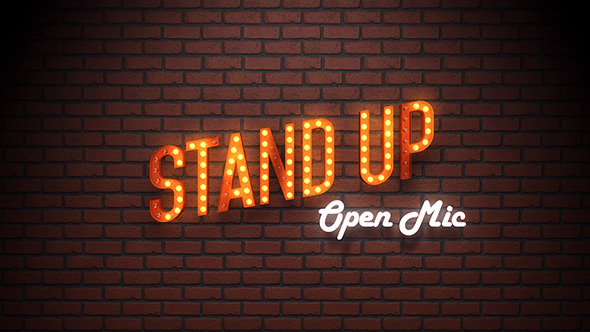 Just a few months ago I was a person who had to google what standup comedy is and today I sit laughing, watching it for hours. It is now a captivating work of entertainment for many of us.

Around two years back, standups were not as encouraged as they are today in India. Now I find every second gathering in the neighborhood hosting these open mics for standup comedians. Comedians are receiving the kind of attention, which was reserved for the cricketers and actors, that is fan art.  Universities and colleges have started inviting the comedians for their celebrations as they attract the students.

Hindi comedy from shows like comedy circus and comedy nights with kapil to standup comedy has modernized.  English or Hindi, the comedians don’t get restricted to a particular topic or have limits, they rely on humor, opinions and satires. Earlier, Indian standup comedians like Vir das and Papa Cj made people laugh hard in the US and UK on Indian themes and western style.

Popular comedians like Jeeveshu Ahluwalia from north, Biswa Kalyan Rath from the east, Varun Thakur from the west and Kenny Sebastian from the south enjoy the same amount of love and fame irrespective of the language in which they perform. Comedians from different places and with diverse life styles share their different kinds of experiences in life and surprisingly they always find a resonating audience. India’s first woman standup comedian is Aditi Mittal and is no less popular when compared to her male contemporaries.

The most interesting thing I found was that most of the standup comedians became one because they wanted to and not because they found it hard finding a different career.

These shows are mostly for a very small amount of time but are a laugh riot !

When was the last time you noticed your dark circles and regretted staying up late watching a movie? We’d say never! Movies are an essential part of our life. They play a vital role in the advancement of our culture.... END_OF_DOCUMENT_TOKEN_TO_BE_REPLACED

"How do you feel about this achievement? Your book is now one of the fastest-selling books!" asked one of the reporters. "I'm happy for this book's success more than any of my other books. Because this book is not a... END_OF_DOCUMENT_TOKEN_TO_BE_REPLACED

“Why do the Yankees always win? The other team can't stop looking at the pinstripes.” The famous quote by Frank William Abagnale Jr., one of the popular con-men specialized in impersonation and forgery, can definitely be taken as the basis... END_OF_DOCUMENT_TOKEN_TO_BE_REPLACED

What’s wrong with the title? Has there been a mistake or has the writer gone crazy? Would you believe me if I tell you that nothing is wrong at all? Here’s the trick-Replace each letter of the title with its... END_OF_DOCUMENT_TOKEN_TO_BE_REPLACED

Trigger Warning: The following article contains a portrayal of characters suffering from severe mental illness. Readers' discretion is advised.   Jane was driving her away from the glimmer of light towards the darkness, creeping deeper and deeper, until she was... END_OF_DOCUMENT_TOKEN_TO_BE_REPLACED