Realm of the Mad God – A Review. 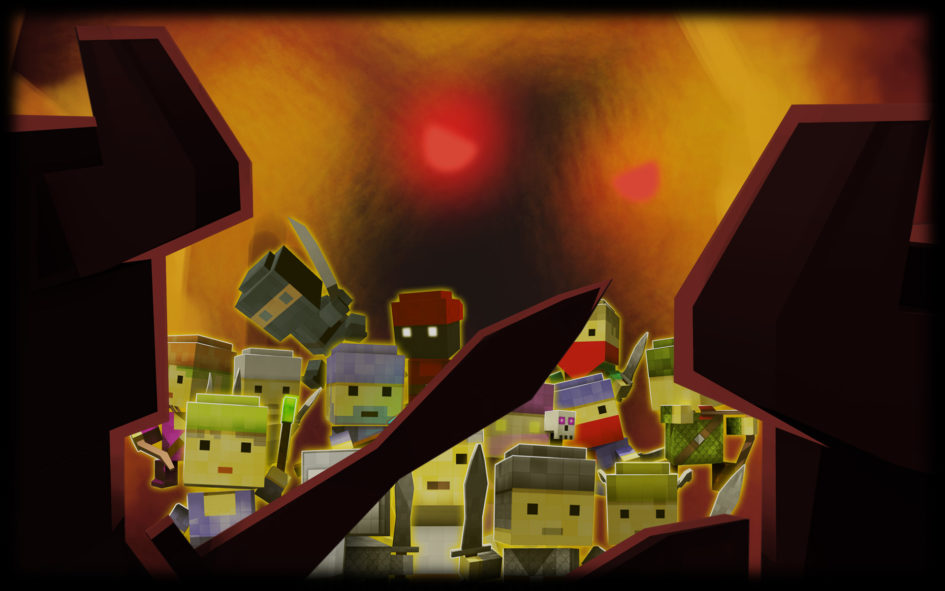 Realm of the Mad God - A Review. 7 years ago, Alex Carobus and Bob Shillingsburg – founders of Wildshadow studios –  submitted a (then) little patch game to a (then) little contest  – The Independent Gaming Source’s Assemblee Competition. A game called, “Realm of the Mad God.”

The duo were surprised by the positive response they received in the contest, because they were consciously breaking the boundaries and norms of the RPGs back then. It was an ‘Indie’ game in its true sense. Not entirely conforming. Creative, and a project of two.

The development shifted hands from Wildshadow and partner Spryfox o Kabam, and earlier this year, to Deca, throughout which, the game has seen a constant increase of players and has managed to keep its fan base happily engaged to their 8 pixel graphic style depiction of . . . basically everything.

Everything from Oryx – The mad god referred to in the name of the game, to the entire spectrum of his demons varying in danger and fighting style to the castles and all that comprises of the realm – including you. The amount of variation exhibited is some feat of art.

The game is centered around team play. Unlike other RPGs where experience per kill is shared based on damage, everyone gets the same amount of ‘XP’. Not to mention the ability to teleport to any player on the map and having to wait only ten seconds before you can teleport again, this game is all about teaming up on-the-spot to effectively level up, fight demons, complete dungeons etc.

The game attempts to have you team up in order to survive its bullet hell ( a dungeon called ‘The Shatters’, especially, where many a graves lie, of both amateurs and experts . ) and the worst thing that can befall you is death. No other game is as taxing up on you as this one, when you die. You lose all the gear you carry (reasonable), and all the stat maxing you’ve done (reasonable). But you die, and that means , essentially starting from scratch ( sigh, reasonable, but. . .). Permadeath is the bane of your existence in the game.

And with the bullet hell that this game is, with high damaging pixel missiles and venoms and whatnot flying across the screen, it’s pretty easy to die.

The game did however come up with the idea of pets, which you can carry while playing and never die. Lore has it, they walk/fly back to your farm of other pets. But they never die. On your reincarnation, as – whatever you choose your new character to be – they’re there in your pet yard waiting to be of service to you.

The game is not all too easy to get the hang of by yourself, but there’s resources and guides and Youtube videos laid out by seniors in the game who’ve walked the walk before you. But if you’ve played your Dota and Age of Empires, this game is easy to get the hang of, as you have your usual classes of staff, range, and melee. Unlike Dota, which is PvP, Realm of the Mad God (or commonly contracted to ‘rotmg’) all its players against a common enemy.

The exams are around the corner. Hope you enjoy the game. 😛

[Trigger Warning] The following article contains acts of cruelty and violence. Reader discretion is advised. I opened my laptop, exhausted from all the classes at college, (not) ready to log in to another class when I stumbled upon “Monster: The... END_OF_DOCUMENT_TOKEN_TO_BE_REPLACED

Aren't all of us artists trying to express ourselves in this world? In my opinion, art is a form of expressing an emotion. Learning how to express our subconscious emotions and communicate with them will take time but what is... END_OF_DOCUMENT_TOKEN_TO_BE_REPLACED

Each person does see the world in a different way. There is not a single, unifying, objective truth. We're all limited by our perspective. - Siri Hustvedt Perspective. It is a beautiful thing in a way that, all of us... END_OF_DOCUMENT_TOKEN_TO_BE_REPLACED

Comfort space is personal to every individual. It allows you to be yourself and cherish the moments as they are with no judgment whatsoever. As for me, movies and music do the job. Speaking about movies, I have been exposed... END_OF_DOCUMENT_TOKEN_TO_BE_REPLACED

[Trigger Warning] The following reading contains events of death. **This is entirely a work of fiction and no distress was intended for any family/person affected by a natural disaster. “Please Ma!” Arya pleaded. “I made it to my final semester.... END_OF_DOCUMENT_TOKEN_TO_BE_REPLACED