It takes tremendous skill for a writer to keep readers glued to the book till the last page. Agatha Christie does it in spades. Her whodunnit murder mysteries have confounded millions of readers the world over, leading them through a literary maze of twists and turns (sometimes more than DNA double helix) before a super sleuth finally unmasks the culprit.The Queen of detective fiction wrote 66 detective novels, a play titled “The Mousetrap” and created such memorable sleuths as Hercule Poirot, Miss Marple, Parker Pyne, Harley Quin and ‘Partners in Crime’ duo Tommy and Tuppence Beresford.

Despite recent million sellers including JK Rowling’s Harry Potter and the apparently innumerable Shades of Grey of EL James, Christie remains the world’s bestselling author. According to David Brawn, estates publisher at HarperCollins, “The figure often quoted, which we believe is about right, is two billion copies, a billion in English and a billion in other world languages, still selling at the rate of four to five million copies a year. That two billion figure was arrived at by UNESCO about 10 years ago so it will have risen since then — but really, after the first billion or so, who’s counting?” 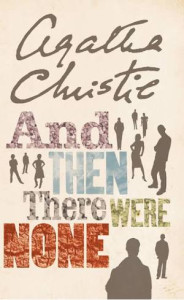 “And Then There Were None” has been named the world’s favorite Agatha Christie novel in an online poll run by Christie’s estate, ahead of her 125th birth anniversary. The 1939 thriller received 21% of the votes, with Murder on the Orient Express and The Murder of Roger Ackroyd coming second and third respectively. And Then There Were None follows the tale of 10 strangers marooned on an island, all accused of getting away with murder.They get bumped off one by one before realising the serial killer is among them. The book has sold more than 100 million copies worldwide, making it one of the most popular novels of all time. What makes this novel stand out is also the fact that it doesn’t feature Hercule Poirot or Miss Marple. The novel, which Christie adapted for the stage in 1943, is currently being produced as a three-part mini-series for the BBC.The novel required “a difficult technique which was a challenge and so I enjoyed it, and I think dealt with it satisfactorily,” she once wrote to a fan.

This year to commemorate the 125th birth anniversary of the writer, a unique cookery demonstration is being held which serves dishes (including Delicious Death Cake which first made its appearance in A Murder is Announced) from her famous books apart from a guided tour of venomous plants in the garden of Torre Abbey and a lecture by Kathryn Harkup, author of the forthcoming A is for Arsenic, a book by book analysis of poisons from arsenic to veronal found in Christie’s works.

Unlike Shakespeare who uses a violent weapon, poison is a powerful weapon ubiquitous in Agatha Christie’s books. After all, she had worked as a volunteer dispensing medicines in both world wars.

French writer Anne Martinetti will recreate recipes from Christie’s books. Martinetti herself has an impressive repertoire of cookery books with diabolically punning titles like Cremes et Chatiments (Creams and Punishments).

Scientists have devised a formula to identify the killer in AC’s works. Few of those observations have been listed here: –

– If there are a lot of land vehicles in the story, the killer is most likely female

– If there are a lot of nautical vehicles and aircraft in the story, the killer is most likely male

– If Poirot is the detective, and the cause of death is stabbing, the killer will be mentioned more frequently at the beginning of the book

– If Miss Marple is the detective, and the motive for the murder is money/affair, the killer will be mentioned more in the later stages of the novel than the beginning.

The complicated intersecting narratives in her novels gives the reader an adrenaline surge that gets stronger as the novel progresses. Furthermore, there are moments when we feel both pity and genuine frisson of fear. Here’s what comes to my mind when I think of Agatha Christie, interwoven story arcs, each with a setup and the payoff (unpredictable enough!). 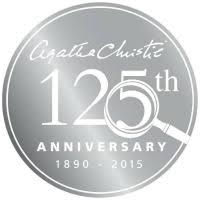 Several dramas have been planned to mark her 125th birth anniversary. Among other Christie news, Julius Green, a Christie expert found five full-length plays and five one-act dramas written by her, while scouring the archives containing her papers. This is some great news for all Christie fans!

The scene opens in a jury room, where a decision is to be taken on the death sentence of a man accused of murder. After voting, each juror explains why they feel the accused is guilty or not guilty. One... END_OF_DOCUMENT_TOKEN_TO_BE_REPLACED

Faith has always been considered as one of the most inherently pure and pious things, across any and every religion and every school of a belief system based on the concept of God. That is probably because every single one... END_OF_DOCUMENT_TOKEN_TO_BE_REPLACED

It feels like just a week ago when the internet was bombarded with memes of Will Smith slapping Chris Rock at the 2022 Oscars. Ah, what a moment. The Cannes Film Festival too ended just recently, leaving us waiting for... END_OF_DOCUMENT_TOKEN_TO_BE_REPLACED

“Propaganda” in present-day English, refers to information or media (especially of biased or misleading nature) that is used to manipulate the audience to further an agenda. If you hear the word propaganda, it immediately alerts you to look out for... END_OF_DOCUMENT_TOKEN_TO_BE_REPLACED