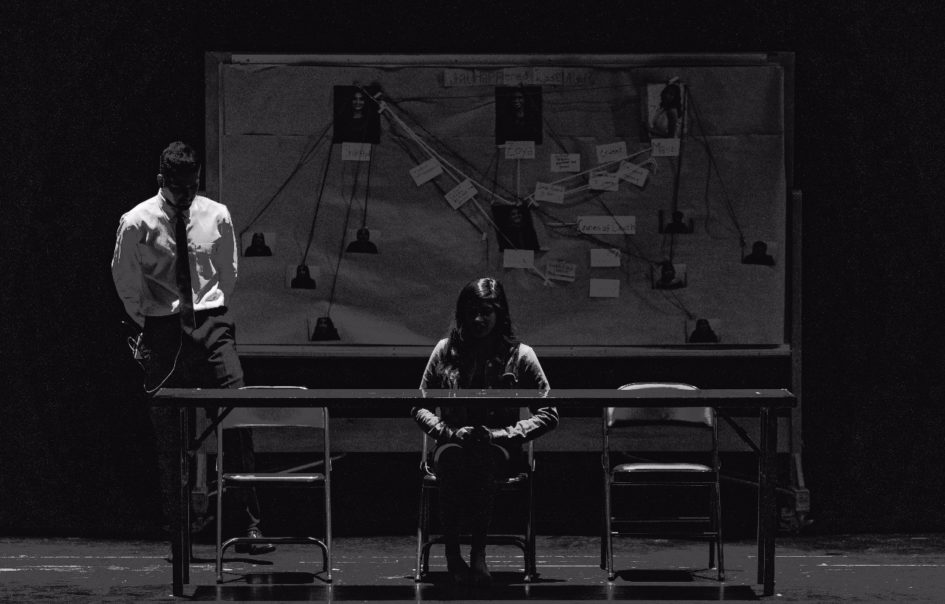 The smell of smoke fills my nose as I slowly flutter my eyes open. My entire body feels heavy with pain. I look to my side and find my father unconscious with blood dripping down from his forehead.

The sudden flash of white light, the car being flipped to the other side of the road, the screeching sound of metals, the shattering of glass, it all comes back to me at once.

I try to shake him awake. He doesn’t breathe.

I place my palm on his chest. Blind panic builds up in me when I can’t feel his heartbeat.

“I-t can’t be…”, I whisper in disbelief. An anguished cry escaped my lips and my hand flew to my mouth in shock.

My head hurts and a wave of dizziness washes over me. I slowly start feeling my consciousness seep out of me. Moments later, I faintly register someone tucking a strand of my hair behind my ear.

Through my half-closed eyes, I could see him well and alive. I’m probably dreaming, I think to myself.

I immediately wake up and steady my uneven breathing trying to brush away the nightmare. It’s been two years since I lost my father in the car crash.

“Yeah. A new case you said?” I change the subject and continue with the boring paperwork. No wonder I fell asleep.

“Well, the victim was found dead in his apartment by the maid, multiple stab wounds and no eyewitnesses. According to the security footage, he was indoors all day and he had no guests. The identification found on his person is all a counterfeit. His name cannot be found in any of the government databases. In fact, we have no idea who he is. The forensics says that he’d been dead for about ten hours before his body was found in the morning. The captain has exclusively assigned the case to us. We have to go examine the crime scene before the body is taken for post-mortem.”

“Exclusively?” I question him as we get into the car and drive to the scene.

“The Captain thinks the EOs might be involved. He wants this case to be as confidential as possible until it’s solved so as to not alert the public. And not to forget you’re an EO too.”

The Extra Ordinaries(EOs) are people with varying superpowers. And as the universe goes, there are the good ones and the bad ones. No one exactly knows how they came to be. I’m an EO too but I’ve only had these powers since the accident. It is almost impossible to identify one because they blend so well with the general population.

The entire crime scene was chaos. The furniture was knocked down. Smashed pieces of vases and lamps were scattered all over the place.

I look at the corpse covered in blood. There was something off about him.

An aura or a human energy field is an emanation that is produced by every living creature. My psychic powers allow me to perceive it. The aura of an EO is stronger than a regular human being and that’s how I can easily distinguish between them. When you die, most of that energy field leaves your body. The rest takes months to fully leave the corpse. I know this from all the dead bodies I had to deal with in every case I was involved in.

When I stare down at this corpse in front of me, I can’t feel one.

I kneel beside the body. I press my palm to the victim’s forehead and try to search for the remnants of his aura but surprisingly all I feel is pure emptiness.

“I probably did it wrong,” I murmured. I try again, shutting my eyes and searching long and hard for any traces of his aura.

“This is weird. I can’t feel his aura. This can’t happen. It’s simply impossible”, I say frustrated.

“So the EOs are involved?”

There were two more murders in the last three weeks. All the cases had the same M.O.

After days of hitting constant dead-ends and thorough investigation, we found a file in the last victim’s house that somehow probably connected all these murders.

The file included research papers on EOs. According to his study, an EO is a result of a body reacting to the greatest physiological and psychological trauma mostly caused due to near-death experiences. The huge influx of adrenaline, fear, awareness and the will to survive causes genetic predisposition which chemically alters the body permanently. Every part of his thesis made sense. I understand now as to why I only had these powers after the accident.

I look at the bulletin board next to my desk. Pieces of newspapers and pictures are pinned randomly and connected by red tape to indicate the correlation between them. All the victims had fake identification and I just couldn’t understand how none of them had an aura.

At the centre of the board was a slightly blurry picture of a mysterious figure wearing a hood. The person was caught on the traffic cameras around every victim’s home, a day before the death.

The murders were perfectly executed. Not a single trace of DNA, fingerprints or any kind of clues or evidence that would help us with the case were found.

The sudden sound of the phone ringing cut through the silence.

“Hello Detective, I’ve heard you’ve been looking for me”, a very familiar voice speaks when I answer the call.

I stand frozen on my spot and my blood runs cold.

“Drop the case Becca”, he warns me and the line goes dead.

[Trigger Warning] The following reading contains potentially distressing information about murders, violence, and brutality in relation to Nazi practices. Reader discretion is advised.   Have you heard of me? Of course, you haven’t. I am neither a Jew who survived... END_OF_DOCUMENT_TOKEN_TO_BE_REPLACED

Picture a person going through a great deal of misery and sorrow because of some certain terrible circumstances they are in. What expression did you picture this person in? The majoritarian guess would probably be a sad and unhappy face.... END_OF_DOCUMENT_TOKEN_TO_BE_REPLACED

The palette sat on the table, its many children crawling to play with each other. I dip my brush into the palette, squidge it into the deepest shade of blue until the bristles get covered in blue up to their... END_OF_DOCUMENT_TOKEN_TO_BE_REPLACED

Russia, 2027. Isn't it fascinating how we humans have evolved? Thriving for perfection, we're in a race for continuous development. This century has seen tremendous changes that none of our ancestors would've ever imagined. And as we've evolved, so has... END_OF_DOCUMENT_TOKEN_TO_BE_REPLACED

"Animation is not the art of drawings that move but the art of movements that are drawn” ~Norman Mclaren. Some things in life don’t change, like the craze we have for animation. Right from adoring our childhood shows to never... END_OF_DOCUMENT_TOKEN_TO_BE_REPLACED