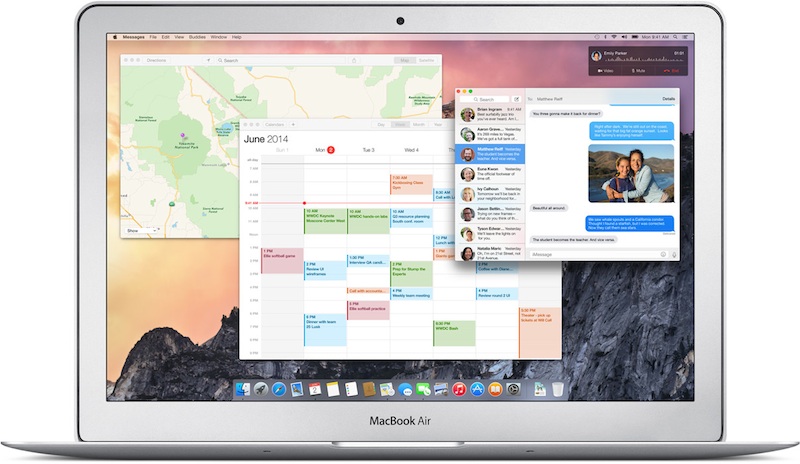 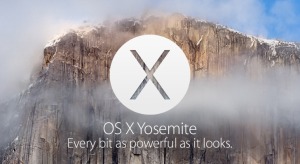 Back in June 2014, Apple announced OS X Yosemite, a powerful new version of OS X redesigned and refined with a fresh, modern look, powerful new apps and amazing new continuity features that make working across your Mac and iOS devices more fluid than ever.

On its October 16th event where Apple usually launches the new iPads they made the latest version of the their desktop operating system available as “Free” Upgrade.

I was notified with the update for my Mac Book within a few hours of the announcement and I did download and install the mammoth 5.16GB update this morning and boy was it worth it.

Owning Apple products has never had so much value before this update because of the fact that now your IOS 8 devices can talk to your Macs running Yosemite. The integration is seamless.

“OS X Yosemite : Every bit as powerful as it looks” – Apple

Overview of the top features that Yosemite brings to the table.

The Look and Feel of Yosemite is completely different from Mavericks(Predecessor). Everything now follows a new design language which is now basically a “Industry Standard”. Flat Minimalistic user Interface. It might not be a drastic overhaul like iOS7 was from iOS6 but it is quite different than its predecessor. 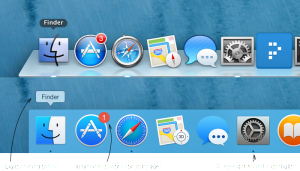 From the dock to the “minimize” button within the apps, everything in OS X has a more flatter, more modern aesthetic. The menu bar now sits flush against the rest of the desktop — not that it was ever in the way. Inside apps, there’s a narrower toolbar up top, with buttons either hidden or arranged in a single row. Make no mistake: There’s a big emphasis on tidiness here, not to mention space savings. So basically everything 3D looking is gone.

For the first time in the history of OS X, Yosemite features a new typeface. The classic Lucida Grande font has been replaced with Helvetica Neue. If you’re an iPhone user, you will already be familiar with Helvetica Neue, as it was introduced to the iPhone some time ago. It has also slowly crept into Apple’s software over the past two years, showing up in apps like GarageBand and iPhoto. Now Helvetica Neue can be seen throughout Yosemite, bringing all iOS devices together and sharing the same recognizable font.

Yosemite is more than just a Visual Overhaul.

Start writing a Document or an Email on one device and continue finishing it on another device. This amount of integration and communication between Apple devices really adds value to buying an Apple product over a competitor product. The integration is better than any other competitor operating system including Android – Chrome OS or Windows – Windows Phone.
You can also make make and receive phone calls and text messages on Mac provided your iPhone is in close proximity. 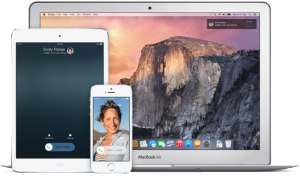 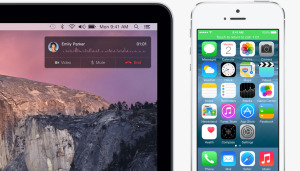 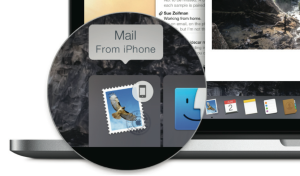 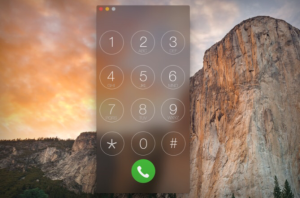 What if you want to send a 4GB file via Email? It cannot be done directly. So, What you do is upload the file to your DropBox and then send the Link. Well Mail Drop sort of works in the same way except there is no manual uploading or link generation. Just attach your file and Yosemite will take care of the rest.

How this works is your file is uploaded to your iCloud and if the recipient uses iCloud the files will be automatically downloaded if he uses Windows they will receive a download link much like Dropbox or OneDrive. 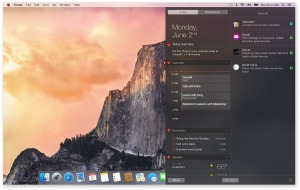 Well, It comes down to this question “ Do you use your Mac to make money?”  If your answer is ‘Yes’ then you should hold onto your horses until all of your “Money Making Software” is updated to run smoothly with OS X 10.10. Will it bog my Computer down? A general observation is that it is not recommended for users owning a Mac which released before 2009.
In my general observation Helvetica Neue the new type face is optimized for viewing on a Retina Display so you may come across readability issues when you run Yosemite on a Mac lacking a Retina Display. If you do own iPhone or an iPad running iOS 8 then upgrading your Mac to Yosemite will add great amount of convenience in performing your everyday tasks.

What pops into your head when I say “Bangtan”, “Idol” or “Bias”? Gibberish? Well, it certainly isn't. If you like, most others were influenced by Hallyu -The Korean Wave and are a K-Pop fanatic, these are the words you would... END_OF_DOCUMENT_TOKEN_TO_BE_REPLACED

Imagine a clean world. It does not have war, poverty, or hunger. Fancy a universe out there, that lives in binary- yin or yang, good or bad, black or white. There is no gray area, no room for error or... END_OF_DOCUMENT_TOKEN_TO_BE_REPLACED

The new normal was finally here and so was the necessity of having to sit in a room full of people, people you have to compete with just so you can make sense of life. I kept fidgeting with my... END_OF_DOCUMENT_TOKEN_TO_BE_REPLACED

Many a summer, I’ve been here, The heat of April, I've seen. But this April was only fear. The heat of a pandemic, unforeseen.   I’m a curtain, As blue as the summer skies. Summers were merry, I’m certain. But... END_OF_DOCUMENT_TOKEN_TO_BE_REPLACED

Did you know that only one in three Indians would object to their privacy being breached? This is according to a 2014 survey conducted by Pew Research Centre. It is apparent that a lot of Indians wouldn’t mind trading their... END_OF_DOCUMENT_TOKEN_TO_BE_REPLACED