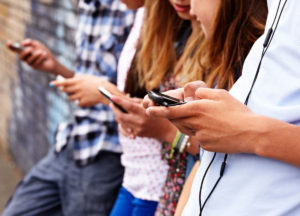 A status update on Facebook or a good morning picture on Instagram triggers the day of  people of today’s world. Be it a student or an employee, this has become the lifestyle. These people are  the members of a generation called the generation Z.

The generation running from the mid or late 1990’s through the 2010’s or starting from the early 2000’s is termed as the generation Z. The members of this generation are apparently comfortable with technology, and interacting on social media websites for a significant portion of their socializing.

It’s not only about technology or social media but the mind-set and mentality has also changed. Whether it is accepting old customs or questioning certain beliefs, people today have a logical approach towards every problem and do not restrain from “moving on” when they know it has been enough.

This generation has entrepreneurs, who have reached zeniths of success through mere dedication and shrewd maneuvering. Using the web for business and setting up sales online are the new trends in the business industry. They believe in starting small and no matter what comes their way, they face it valiantly.

With the classrooms getting smart, students have gotten smarter. The capability and comfort of using gadgets is in them right from childhood and no one but they know how to use it better!  Pick any kid, any you will know all the various kinds of apps you might need for a particular purpose. Not only this, technology gets them exposed to million sources of information nothing more than a click away!

It was recently shown mockingly in a  mobile network advertisement that a newborn gets the gadgets handy, right after getting out of their mama’s womb. And who knows upload a status themselves too! 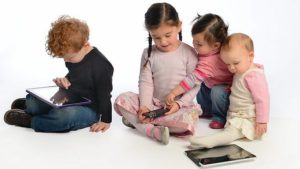 So, we need not worry about the next generation, but what about the old generation? How far are they able to get accustomed to all this? They say there is no age to learn. And our elders are evidently more experienced and smarter than us. It is just that we need to make them set into this kind of environment.

I recently told my mother about how we can store our pictures on the cloud, like Google Drive. And now she uses it more efficiently than me! It is then I realize how unaware she is of so many “new” things which could ease her life and how I had been impatient and not let her learn how to do it by herself.

“Ah! Give it to me. I’ll do it.”, “How much time are you taking to click that one button?” “Give me, you won’t understand.” These are the most common lines we hear around us being told to our parents or grandparents or elders.

This is what brings their confidence down and makes them think they can’t do it.
It is wrong. All we have to do is put ourselves in their shoes and understand. Instead of telling them what to do, explain to them what exactly is happening. This makes them understand more clearly and so they will remember. They can then apply other things on it too which might be  in their own minds. Do not scowl or snub at them as it is not their fault and you know it isn’t.

After all, it is never wrong to teach someone something new, especially if it is beneficial. And ignoring or not making them aware is your bad.

Aren't all of us artists trying to express ourselves in this world? In my opinion, art is a form of expressing an emotion. Learning how to express our subconscious emotions and communicate with them will take time but what is... END_OF_DOCUMENT_TOKEN_TO_BE_REPLACED

Well, well, well. Something interesting has finally caught your attention in this painfully boring and monotonous life. You dash to the most convenient online marketplace to find the materialistic item that fuels your dopamine rush. These platforms help connect buyers... END_OF_DOCUMENT_TOKEN_TO_BE_REPLACED

For the fourth time this week, I woke up at my desk. It wasn’t very comfortable: most of the space was taken up by an assortment of empty Red Bull cans and coffee cups. Clutter never bothered me though, it’s... END_OF_DOCUMENT_TOKEN_TO_BE_REPLACED

Hope was an absurd emotion.   It was a chilly midnight when it happened for the first time. Monique was a light sleeper. After all, it didn’t take much more than a dull, heavy thud for him to jolt awake... END_OF_DOCUMENT_TOKEN_TO_BE_REPLACED

Each person does see the world in a different way. There is not a single, unifying, objective truth. We're all limited by our perspective. - Siri Hustvedt Perspective. It is a beautiful thing in a way that, all of us... END_OF_DOCUMENT_TOKEN_TO_BE_REPLACED