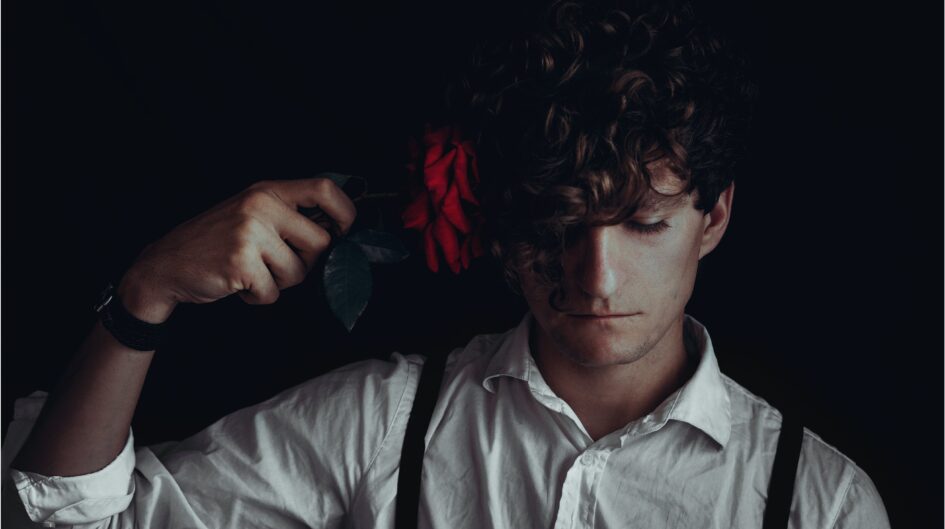 Trigger Warning: The following content contains a description of abuse and murder which is potentially disturbing. Readers’ discretion is advised.

Did you know that Adolf Hitler was alleged to have paranoid schizophrenia? Many Psychoanalysts pronounced that he had mental disturbances such as narcissism, borderline personality, and bipolar disorders. Our minds are bizarre, and all our emotions are the result of a myriad of chemical reactions. Sometimes, they go off-course and psychological irregularities like schizophrenia, bipolar disorder and depression eventuate. Schizophrenia is affecting over 20 million minds all over the world. It is chronic and incurable, whose symptoms include hallucination, delusion, abnormal behavior, and disorganized speech. One of the 20 million people who suffered from Schizophrenia is the son of Albert Einstein.

He was the second son of the famous physicist, Albert Einstein. He was an intellectual who wanted to become a psychiatrist. A much lesser-known fact was that Albert was a pianist, and Eduard inherited that along with his intelligence. He was a sickly child and Albert worried that he might never “become a fully developed person”.

He started studying medicine at Zurich University in his early twenties when he was displaying symptoms of schizophrenia. It worried Albert that mental disorders might have passed down to Eduard from his grandmother’s side. That is when he met a woman at the university and fell in love. Since that ended very badly, Albert’s worry came true when it added up to his mental condition which later worsened. Given no cure to it, he stayed in the psychiatric hospital of Zurich. He continued his love for music, psychiatry, and poetry, and died at 55 from a stroke at the same hospital where he lived for 30 years.

The psychology of a human brain is surreal. When people suffer from a mental illness, their thoughts and minds are no longer in their control. Some people also say that they feel like they’re listening to someone else’s thoughts in their brain. Although it is not always the case, it is said that most serial killers have a history of psychosis or any kind of chronic mental illness. The serial killer “Son of Sam” claimed that his neighbor’s dog asked him to kill people. This is the case of a prolonged untreated mental illness. Many killers although seemed sane during the time of their trial, it is possible that they had such hallucinations which instigated them into doing such things. Such hallucinations are commonly related to their traumatic childhood, or abuse and they pursue it because they seek ‘vengeance’ for what happened to them.

One of such among many is Edmund Kemper.

He was a rapist, cannibal, sex offender who killed 10 people including his mother, and grandparents. It is said that his mother had a substance abuse problem and Borderline Personality Disorder. He was diagnosed with paranoid schizophrenia, is alive, and sentenced to a state hospital as a criminally insane juvenile. He killed two cats at the age of 10 and 13, also telling his sister that he had to kill a woman first to kiss her.

Edmund used to play games where he used to pretend that he was being executed by ‘electric shock’ or ‘gas inhalation’ (hallucinations in the form of paranoia). He also used to behead his sister’s dolls just like he severed the heads of 8 women including his mother and his mother’s friend. It is said that he played dart with his mother’s head as an act of vengeance of her yellings at him. His murders are too appalling to talk about.

Psychology is a vast topic to talk about. Once you start researching it, you’ll come across a ton of uncanny facts and experiences. The exact reasons for mental disorders are unknown but a combination of genetic, environmental, physical factors can be a trigger. There are a lot of articles to read, and a lot more facts to know about human minds. Mental health is something more important than we anticipate it to be. Awareness of our surroundings and ourselves is what we can do on our part to stay healthy and happy.

If you want to read about more people and their experiences with mental illnesses, read here.

I've grown up reading great things about Kashmir's beauty. In one of my textbooks, it’s also called "The Heaven on Earth" or in the local dialect, "Dharti ka swarg Kashmir." From the icy mountain slopes to the lush green plains... END_OF_DOCUMENT_TOKEN_TO_BE_REPLACED

Love is unconditional. It's received and given in many forms, but it's said that the truest of love is when it's without any limitations. A love for caring about others without demanding much for yourself. The love of acceptance and... END_OF_DOCUMENT_TOKEN_TO_BE_REPLACED

Afternoon, 27th September 2080 The season of fall had begun. The leaves had turned orange and were bidding goodbye to the trees which held them close to their hearts, to become one with the gentle breeze. Their journey now had... END_OF_DOCUMENT_TOKEN_TO_BE_REPLACED

What is common to a mullet-wielding, neon-donning 1980s American teenager and their Persian contemporary living in obscurity, confined in the clutches of Ayatollah Khomeini's reign? Hint: it starts with 'rock' and ends with 'music'. In 1979, at the heels of... END_OF_DOCUMENT_TOKEN_TO_BE_REPLACED

"How do you feel about this achievement? Your book is now one of the fastest-selling books!" asked one of the reporters. "I'm happy for this book's success more than any of my other books. Because this book is not a... END_OF_DOCUMENT_TOKEN_TO_BE_REPLACED