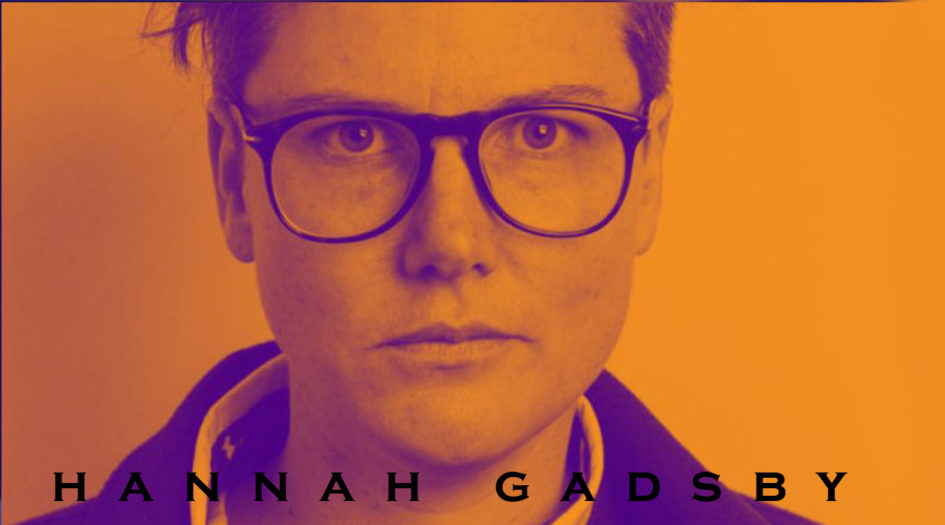 Netflix, a disruptive force in the streaming industry, has shown that it knows how to capture the attention of today’s varied audience; hook, line, sinker. Netflix has so far managed to maintain the diversity of its content as it adds new shows every other week. In the month of July, Netflix released a comedy special “Nanette” by Hannah Gadsby, which, in internet parlance, went viral.

If there were a piece of art or comedy to capture the ethos, logos, pathos of recent times: Hannah Gadsby wrote it. A hitherto unknown lesbian-comic, she’s become a voice to be reckoned with – “a broken woman who’s rebuilt herself”. In Nanette, Gadsby seems remarkably in control of her style and delivery; her humor is clever and punchlines crisp. After several jokes about being a quiet gay and her butch appearance, Gadsby loosely declares that she must quit comedy. The costs of her self-deprecation are, after all, levied in the form of a personal humiliation (not humility) in seeking permission to speak by those already in the margins.

Gadsby follows this with a set about straight white men and the “reverse sexism” argument a syndrome of being subcategory-human for the first time ever; on the one hand, men tend to absolve themselves of responsibility for misogyny by claiming to be under feminist siege in current times, and on the other, they prioritize the lived trauma of marginalized groups below the crusade for radical freedom of speech.

Without mincing words, Gadsby declares that she hates Picasso. Picasso, in all his cubist glory, was a misogynist, she argues, and laments the myth of his genius as a result of the premium we place on reputation. In the era of #metoo, her irreverence towards glorified artists is reassuring. Exasperated, she claims hindsight is a gift. At one point, Gadsby reveals the components of a joke – a set-up and a punchline – and lets us in on how she exercises “artificially inseminated” tension to elicit laughter. What she’s really doing, though, is setting up a stage to deconstruct her own comedy.

To Gadsby, personal anecdotes are crucial: her coming out to her mother, her being mistaken for a man flirting with another man’s girlfriend, her forgetting to come out to her grandmother – all lend themselves to her journey in comedy. She compares the paradigm of jokes (having a beginning and middle) with that of stories (having a beginning, middle and end), with the former lacking endings and feeding off of trauma points. The quasi self-awareness of a joke is harmful, she argues, to the one telling the joke; to her.

There is a thin line that separates laughter and pain, comedy and tragedy, humor and hurt.

Comedy, then, is a delicate balancing act and that is why she must quit comedy.

[Trigger Warning] The following reading contains events of death. **This is entirely a work of fiction and no distress was intended for any family/person affected by a natural disaster. “Please Ma!” Arya pleaded. “I made it to my final semester.... END_OF_DOCUMENT_TOKEN_TO_BE_REPLACED

The corporate industry is notoriously famous for having the highest pay grade difference for employees working in the same company at different levels doing the same or similar jobs. This difference attracts several young engineers and management graduates into this... END_OF_DOCUMENT_TOKEN_TO_BE_REPLACED

[Trigger Warning] The following reading contains potentially distressing information about violence, brutality and sadistic practices. The reader is advised to use their discretion to continue reading. “For the last time, you don’t have to do this. They will finish the... END_OF_DOCUMENT_TOKEN_TO_BE_REPLACED

Each person does see the world in a different way. There is not a single, unifying, objective truth. We're all limited by our perspective. - Siri Hustvedt Perspective. It is a beautiful thing in a way that, all of us... END_OF_DOCUMENT_TOKEN_TO_BE_REPLACED

The human touch. Such a simple thing, yet one that holds immense power. Almost like a miracle. Wonder why? Read on.  We've been gifted with the five senses, namely: vision, speech, smell, hearing, and the most beautiful of all, touch.... END_OF_DOCUMENT_TOKEN_TO_BE_REPLACED