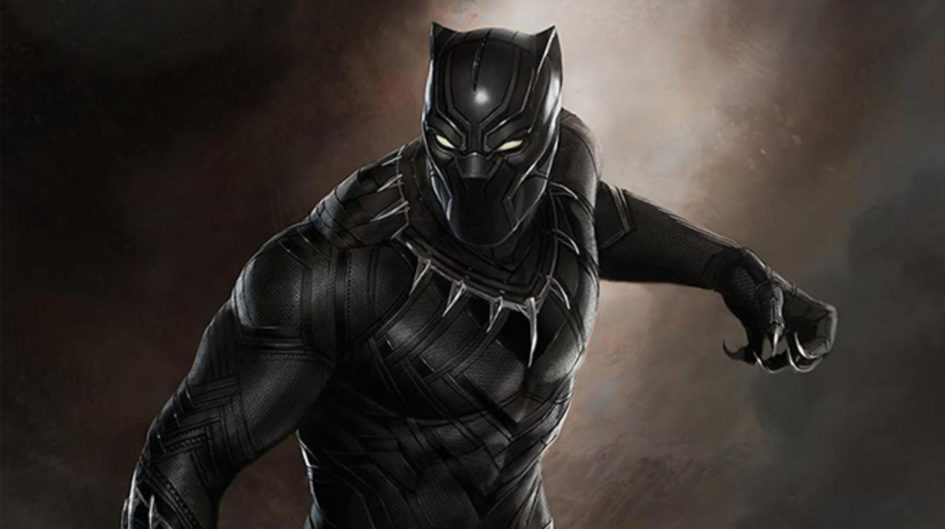 Marvel has successfully completed 10 years in the cinema industry in 2018. A lot of its movies had made it to the Oscars but couldn’t get hold of one. Including the very first movie in the banner, Iron Man, most of its movies were only nominated for the Best Visual Effects. But one movie turned the tables around.

2018 was undoubtedly the best year for Marvel’s movies and its fans. Three movies were released last year. Of the three movies, Avengers: Infinity War and Black Panther turned out to be the two highest grossing movies for Marvel. In terms of commercial aspects, Infinity War is definitely one of Marvel’s best movies.

The movie had an engrossing script with a few unexpected twists, a bunch of superheroes and much stronger villains. It had more than fifty important characters, with more than twenty superheroes. The movie included most of the characters from the Avengers and the Guardians of the Galaxy (and Chris Pratt) franchises. The movie was more of a roller coaster ride of mixed feelings. It had anger, grief, sacrifice, sarcasm and a lot of elevating scenes, enough to turn the theatres into stadiums.

“Bring me Thanos!” is definitely the best elevation scene in a superhero movie.

In spite of all these factors, it wasn’t Infinity War but Black Panther which helped Marvel grab its first-ever Oscar. Having been nominated in seven categories, the movie managed to win not one, but three awards. The movie seized awards for the ‘Best Original Music Score’, ‘Best Costume Design’ and ‘Best Production Design.’

Black Panther was based more on the creativity grounds rather than on commercial elements. It is the most unique movie made under the Marvel banner. The movie also turned out to be the highest grossing solo superhero movie to be ever made. It wasn’t just restricted to the destruction of New York, like in the previous plots, but was much more. The viewers were transported to a new and mysterious location in Africa. The lead character Black Panther, played by Chadwick Boseman, is the king of the mysterious place, Wakanda. The movie created a lot of buzz since the initial appearance of the character in Captain America Civil War in 2016; an angry young man trying to avenge his father’s death. 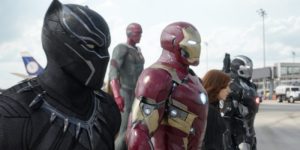 Black Panther is basically the story of King T’Challa or ‘the Black Panther’ who regains the throne after losing it to a stranger called Kill Monger. Kill Monger, a criminal, claims to be an heir to the royal blood of Wakanda and surprisingly turns out to be the brother of T’Challa who was hidden from Wakanda. The stand out element of the movie has to be the creativity of the filmmakers as to how they tried to maintain a balance between modern technology and age-old traditions.

Almost everything related to this movie seems to be new and unique; The unique Black Panther suits, cloaks being used as shields, spears which fire, and a lot more. The secret behind all these is said to be a mysterious metal called Vibranium which is found only in Wakanda and in abundance. Everything in Wakanda, including the clothes and weapons, is made out of this powerful metal. Mr Stark used the same metal to build the Cap’s (Captain America) shield. 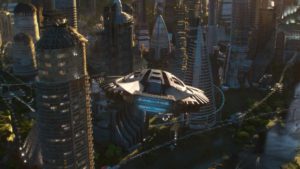 A snapshot of Wakanda

Though the technology looks way too modern, the attire of the people living in Wakanda looks to be slightly age-old. The makers beautifully maintained an ancient look in terms of their costumes by adding their touch.

Even the background score makes one feel as if Wakanda doesn’t belong to today’s world but is from long ago. Everyone would agree to the point that this movie has one of the best background scores in recent years.

The costumes and the music indicate the ancientness of Wakanda and its traditions. 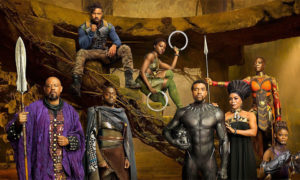 Costumes of people in Wakanda

Speaking of the production design, the unit has done its job brilliantly. It’s no simple task, to try something completely new and unique when dealing with huge figures of money.

Speaking of the movie as a whole, all its unique aspects have made it a very special movie under Marvel, and we can definitely say that Black Panther will always be Marvel’s gem.

The Bronte sisters were the first of all female writers paving their own path... Virginia Woolf has aptly captured in her essay " A room of one's own" that the mindset of men and women are completely different and that we... END_OF_DOCUMENT_TOKEN_TO_BE_REPLACED

Keshav Memorial Institute of technology what we fondly call KMIT, in all its glory is loved by all of us. No matter how unsure you are of it in the beginning, it will show you reasons why you were wrong.... END_OF_DOCUMENT_TOKEN_TO_BE_REPLACED

It is very heartening to note that we are creating a magazine for the KMIT students. I hope that this initiative will continue forever. At the outset , I would like to wish all the students a Happy Deepavali. In... END_OF_DOCUMENT_TOKEN_TO_BE_REPLACED

What’s any festival without Food? You can hate food, you can hate eating but you cannot hate sweets! So, this Diwali there are a few specially picked sweets which are a treat to your taste buds, literally! Name         : Kaju Chaco... END_OF_DOCUMENT_TOKEN_TO_BE_REPLACED

Welcome to kMITRA, a monthly online magazine about all things KMIT and beyond. Far from being a regular college among many, KMIT has carved a niche for itself. As its students, we wanted to contribute to it while creating a... END_OF_DOCUMENT_TOKEN_TO_BE_REPLACED