Mad Max Review: Not for Everyone but Definitely Worth it 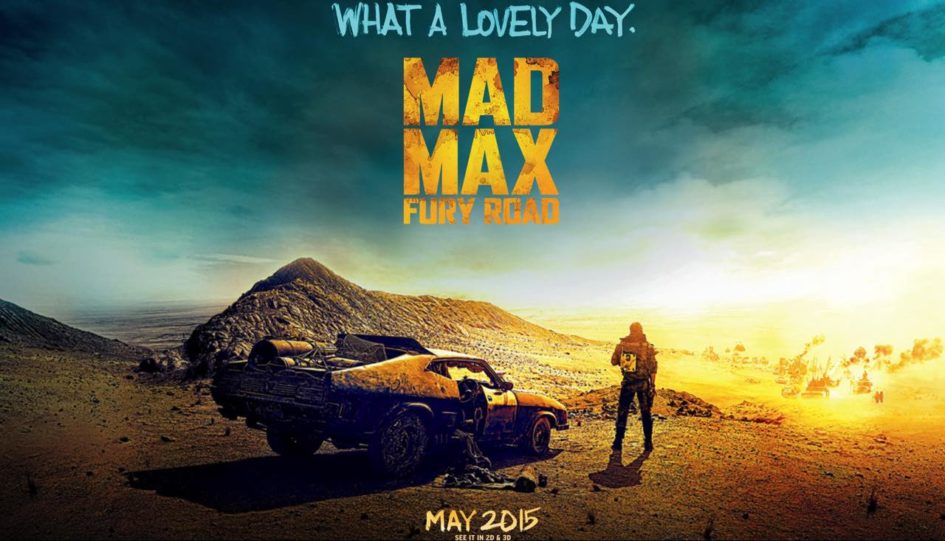 Mad Max Review: Not for Everyone but Definitely Worth it

Five minutes into the movie, our protagonist eats a two headed lizard, gets kidnapped by a bunch of V8-worshipping men and has a label tattooed onto his back stating his blood group. This pretty much sets the tone of the movie which is unapologetically outlandish, unflinchingly gritty and undeniably insane.

”Mad Max – Fury Road” is the latest film in a franchise spanning almost two decades and this movie is the first in the entire franchise to be nominated for the academy awards in various categories. The story follows Max Rockatansky (played by Tom Hardy) who reluctantly finds himself helping Imperator Furiosa (played by Charlize Theron) attempt to escape her leader Immortan Joe (played by Hugh Keays-Byrne). What follows is essentially the road trip from hell as Max, Furiosa and Joe’s wives who sneak out of their lavish prisons by Furiosa attempt to outrun Immortan Joe’s hellish army of trucks and try to find “The Green Place”.

I will admit to not watching any of the previous movies in the franchise but that does not seem to be required to understand the plot. This movie is not everyone’s cup of tea, especially considering the bleak, post-apocalyptic setting and it does require a certain amount of suspension of belief, but the strange and bizarre world that Max and Furiosa inhabit is filled with names of towns like “The Bullet Farm” and “Gas Town” and the beauty of this movie lies in the fact that it does not make you question these kinds of things. It just… well, it takes you for a (fantastic) ride.

Max may be the titular protagonist, but this movie belongs to Furiosa and her quest to find a home for herself and the wives and is what essentially drives the plot. In this age of woman-empowerment, her character in this movie has been lauded by many feminists and Charlize Theron absolutely nails the role and makes you want to root for her.

This movie has been nominated in many technical categories like Cinematography, Film Editing, Sound Mixing, Production Design and Sound Editing and other categories include Costume Design, Directing, Visual Effects, Makeup and Hairstyling and of course Best Picture.

Ultimately, I would say that this movie feels like a shot of adrenaline straight to your bloodstream and by the end of it, if you don’t want to jump into a truck and drive across the desert as heavy metal plays in the background, then nothing will.

P.S.: Shout-Out to the Doof Warrior who has become my all-time favourite character ever.

The corporate industry is notoriously famous for having the highest pay grade difference for employees working in the same company at different levels doing the same or similar jobs. This difference attracts several young engineers and management graduates into this... END_OF_DOCUMENT_TOKEN_TO_BE_REPLACED

Flash, Flash, Flash. Various screens show the face of the actor. A woman crying in the corner while another loves the visual of her crying. The editor looks at all of these different shots and lets out a satisfied... END_OF_DOCUMENT_TOKEN_TO_BE_REPLACED

Comfort space is personal to every individual. It allows you to be yourself and cherish the moments as they are with no judgment whatsoever. As for me, movies and music do the job. Speaking about movies, I have been exposed... END_OF_DOCUMENT_TOKEN_TO_BE_REPLACED

Aren't all of us artists trying to express ourselves in this world? In my opinion, art is a form of expressing an emotion. Learning how to express our subconscious emotions and communicate with them will take time but what is... END_OF_DOCUMENT_TOKEN_TO_BE_REPLACED