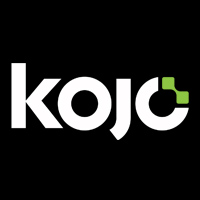 With Kojo, you can sharpen your math skills; improve computational, inductive, deductive, systematic and analytical thinking. Explore science, electronics and robotics or expand the horizons of your creativity by making art and music.

Kojo is a multi-platform application (it works on GNU/Linux, Mac OS and Windows) written in Scala. Scala is a modern programming language that is heavily influenced by Java. Scala has been chosen because of its potential power and low barrier entry. Kojo can also run online.

Kojo comes with a point-and-click visual interface and a text based interface for advanced usage. It supports Turtle graphics (which, basically, is a turtle that moves around to make tracing programs easier) for a better understanding. Kojo also supports Arduino programming. It is due to this flexibility that Kojo can, not only be used to introduce the concepts of Mathematics and Computer Science to children, but also by University students to work on serious projects.

Kojo is not only written in Scala, but has extensive support for it. Users begin with a small subset of Scala to work with and can progress to any level they want. Its Graphical User Interface (GUI) is based on Java Swing. It has code completion, syntax highlighting, program tracing, object inspection, AST (Abstract Syntax Tree) browsing and code templates. As a result, it can be used as an IDE (Integrated Development Environment) for Scala.

Kojo also provides Domain Specific Languages (DSLs) for its different areas of learning, and therefore can be considered as an educational programming language.

Kojo was created by Lalit Pant, a code-crafter, software architect, and teacher based out of Dehradun, India. You can download it from here.

Many of us might look back at the time we spent in school with nostalgia and fond memories. But most will also agree that it wasn't the happiest of places with long and monitored study hours, heavy bags full of... END_OF_DOCUMENT_TOKEN_TO_BE_REPLACED

It feels like just a week ago when the internet was bombarded with memes of Will Smith slapping Chris Rock at the 2022 Oscars. Ah, what a moment. The Cannes Film Festival too ended just recently, leaving us waiting for... END_OF_DOCUMENT_TOKEN_TO_BE_REPLACED

“Hand me the gun and don’t move a muscle”, an injured Shankar Narayan whispers to his son, while they take cover under an old Contessa. The little boy does exactly as his father says, his hands trembling, desperately trying to... END_OF_DOCUMENT_TOKEN_TO_BE_REPLACED

The lockdown, for most of you, was the most boring time of my life. Six months of staying at home didn't do me any good apart from the fact that it brought me and my dad closer by giving us... END_OF_DOCUMENT_TOKEN_TO_BE_REPLACED