Interview: Vikram Aditya and his ShadeS 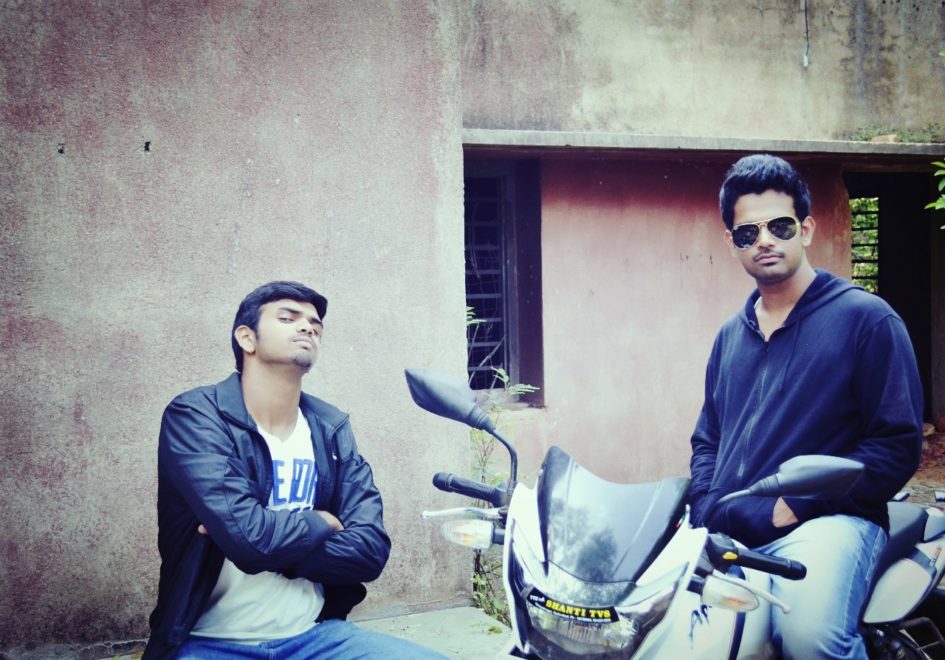 Music ! Music is the key to creativity. Its the universal language. It makes people from different parts of the world come together. It makes education enjoyable. Maybe that’s why we remember the poems and rhymes more than those tiring multiplication tables. Music has no barriers, no age, no constraint. The modern world now has a whole new definition for music. We have Electro, Dubstep , Folkstep, Slouch Rock, EDM, CDM and so many we don’t even know that exist.

Rapping has always been the ‘thang’ for most youth. The artists out there make it look so easy. It isn’t. Here is a candid interview of a rapper who raps for his own band, Vikram Aditya a.k.a Vik from ECE Second Year of KMIT.

What’s your band ? Tell us about it !

“Our band is SHADES. It’s a rap/hip-hop band of two, my friend from School Mahadeva and myself. We got signed in 2013 but right now we are going independent.” Why ? “Trying to find the independence in making music maybe.” 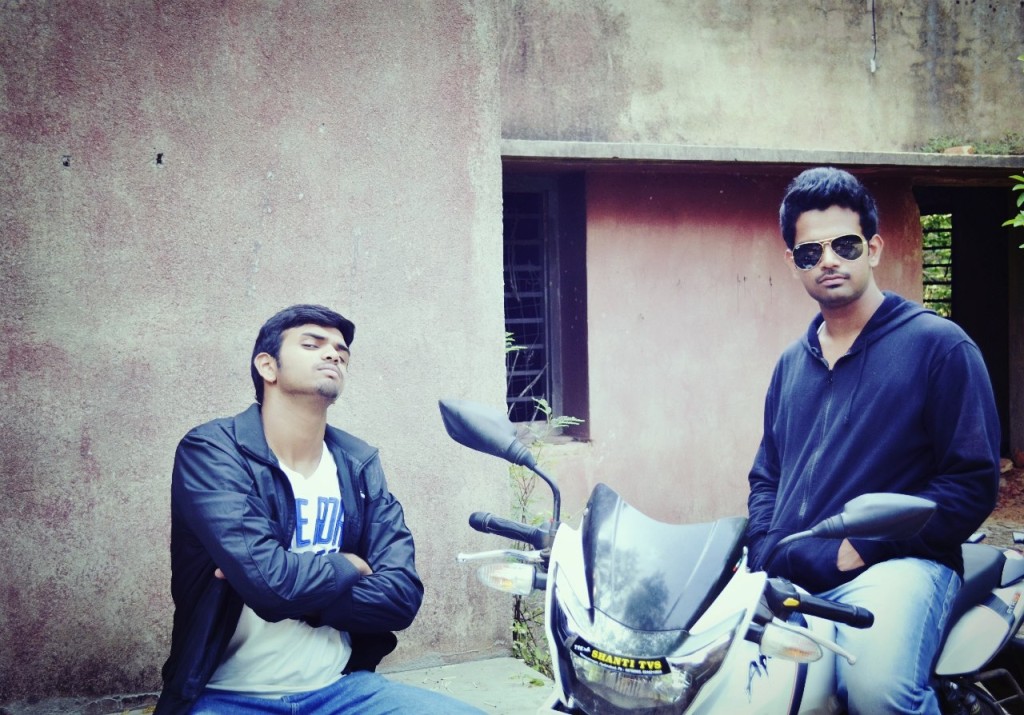 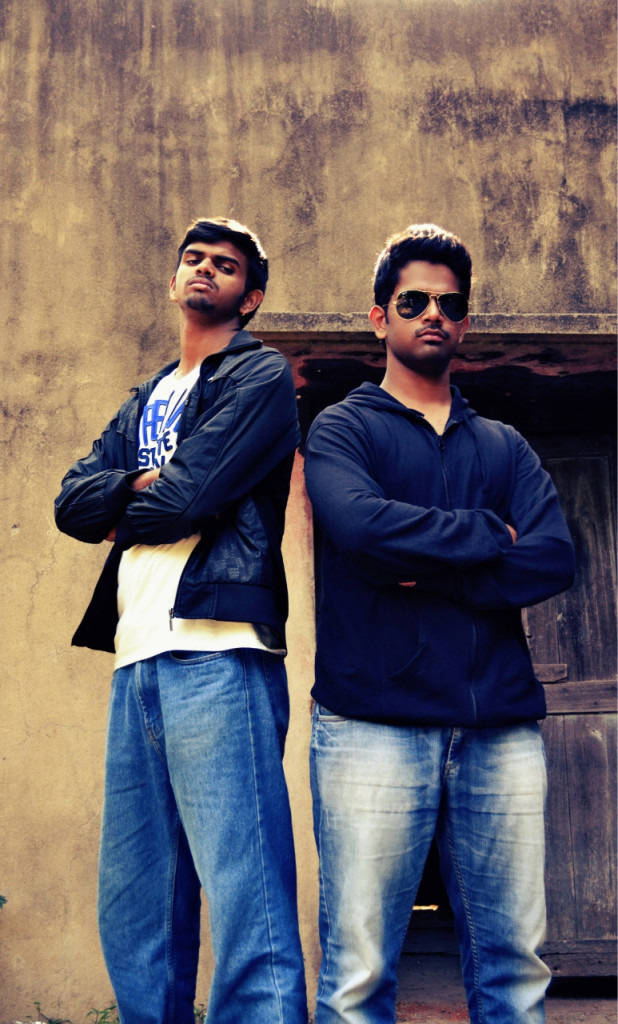 Vik(on the right) on his band’s posters.

Who was your inspiration ? Who do you look up to right now ?

Tech Nine, Eminem, 50 Cent and Nas have been my inspiration. Right now, I look up to my fellow rapper Mahadeva a.k.a Maahaa.

When did you first start rapping ?

I got interested in it when I was 16, I mean I used to listen to raps on my iPod. Then I started writing lines for myself when I was 17. 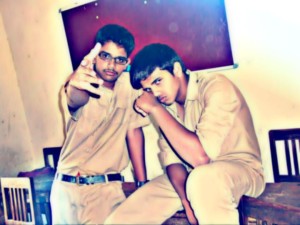 How supportive were your family and friends with this?

Honestly, in the beginning, they did not know what I was up to. They always wanted me to give my first priority to academics. But after releasing a few singles, they started being very supportive. And friends, I always had their backs.

How did your family react to your first single and what was going through your head?

My parents were really happy with me, they were always so appreciative. Our first single was ‘The Indian Emcees’. It’s about our country. I was nervous of course, but we were expecting a good response as it is about India and how we perceived things being an Indian. And we were appreciated by many.

Engineering itself is a big task. How are you managing both rapping and studies ? They say its not easy.

It’s not easy, definitely not. But somehow we  make time for music no matter what. We’re doing what we really love, so finding time for making music isn’t really a big deal you know. And studies, I’m not really a super studious guy, but I manage to keep up with the academics. 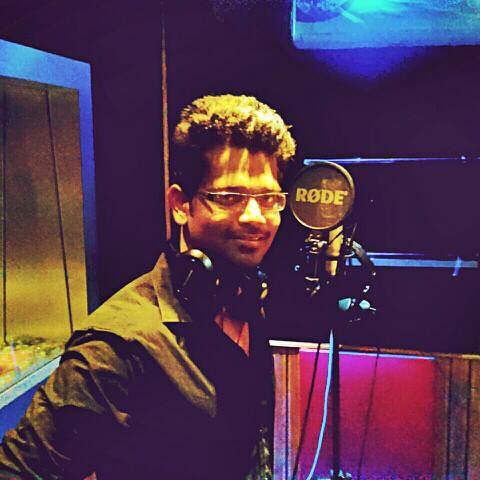 Vik at the studio recording for ‘IRKED’

I don’t do it on a regular basis. But Yeah, I performed at a few places.

What do you hope to do with your music?

I just hope my interest in music takes me to a level where my family will always be proud of me. I believe I can make something in this someday. I am fortunate to have so much support from my family and friends and now from you guys as well. Thank you so much for the interview. It means a lot to me.

“We are slowly but surely making it bigger !”

Let’s just hope Vikram a.k.a Vik makes it big(really big) someday and inspire many more to   not give up  on something that they really love to do.  kMITRA wishes Vikram all the luck and success.

Check out his recent single on Youtube, here’s the link:

Every time my dad and I go on a long drive, we always tend to have serious discussions that range from my career choices to a wrong selection in the Indian cricket team for an important match. On one particular... END_OF_DOCUMENT_TOKEN_TO_BE_REPLACED

Zestful cross-rhythms of symphonious bells. Undamped reverberations of vedic hymns. Unmistakable aromas of holy incenses. Unfathomable chants of pious devotees. These are the first images that usually occupied my mind when I heard the word 'temple'! I'm not much of... END_OF_DOCUMENT_TOKEN_TO_BE_REPLACED

“It’s your first global press conference! Are you sure you can manage it all alone?” Mr. Eoin asked out of concern to his niece, the CEO of Orion. “I’m confident Uncle Eoin. Like every time I’m sure I can handle... END_OF_DOCUMENT_TOKEN_TO_BE_REPLACED

“And medicine, law, business, engineering, these are noble pursuits and necessary to sustain life. But poetry, beauty, romance, love: these are what we stay alive for” - Dead Poets Society (1989) When I first watched Dead Poets Society close to... END_OF_DOCUMENT_TOKEN_TO_BE_REPLACED