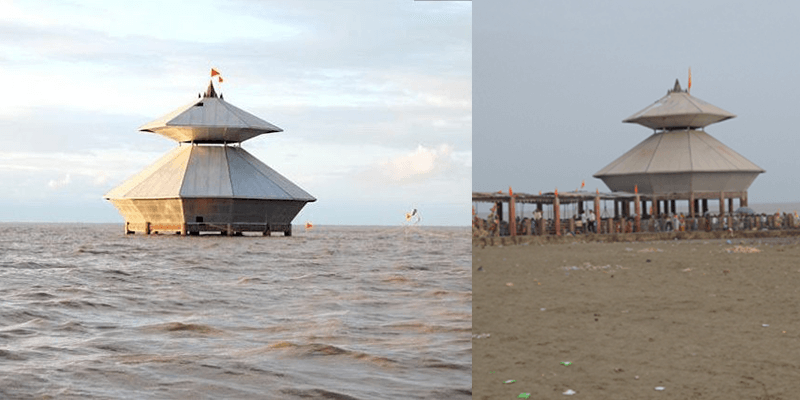 India is a very different country when compared to others and usually, we are proud of this fact. With hundreds of religions being followed and thousands of languages with different accents being spoken, there still exists diversity in our country. Speaking of religions, the major part of the country follows Hinduism.

According to Hindu mythology, there are more than 33 crore gods. As anyone would expect, there is an equally huge count of temples. In this long list, there are a few temples which have really different customs and rituals which you would like to know about.

These aren’t the top five but these surely have their place in the list of strangely interesting or interestingly strange temples in India.

Do you love chocolates? Then you will love the rituals of this temple.

The Bala Murugan temple (also known as “Munch Murugan” temple), is located in Kerala. This temple is a very old one which very strictly followed the old customs until six years ago. Now, the customs of the temple have changed. Semi-modernized would be an appropriate word. The deity of the temple (child of Lord Shiva) is now offered munch chocolate and then these are given as prasad to the devotees. Yes!!! 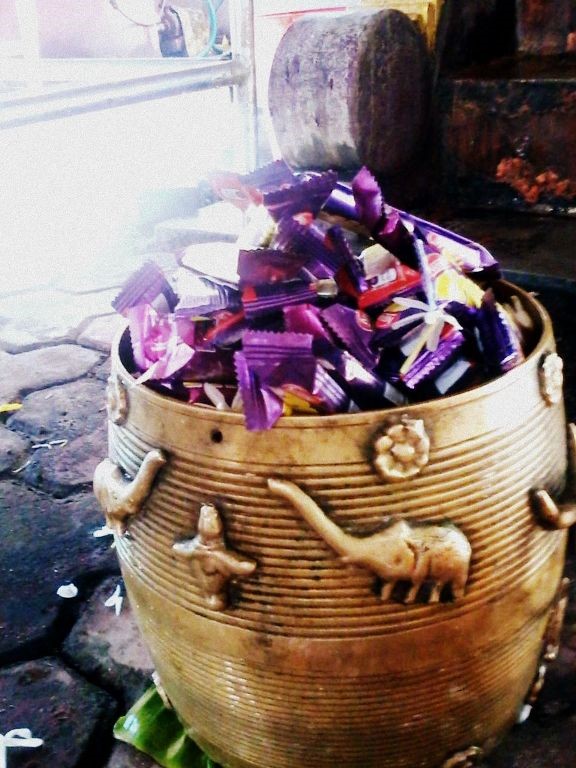 The reason for this change is a child of that village. While playing in the temple, he rang the bell. For this, his parents scolded him. That night, all of a sudden, the child fell ill. Next day when he was taken to the temple, the priest asked his parents to offer something to the god. The boy stubbornly offered munch chocolate to the deity and surprisingly he was cured. This news spread all over and then on, the devotees began to offer that chocolate to the deity. As the deity of the temple was a child (Bala Murugan), even the priests had to accept the new custom. This custom is being followed in this temple from the past six years.

Everyone usually loves riding bikes and for some special bikes, like those of Royal Enfield, many people have a fantasy of riding long distances on it.

But could you ever imagine going to temple and offer prayers to a beautiful Royal Enfield bike?

Yes! People in this village follow this strange ritual.

The Om Banna shrine is located near Jodhpur in Rajasthan. The deity of the temple is a classic 350 Bullet bike. Sounds very strange, but that’s true. 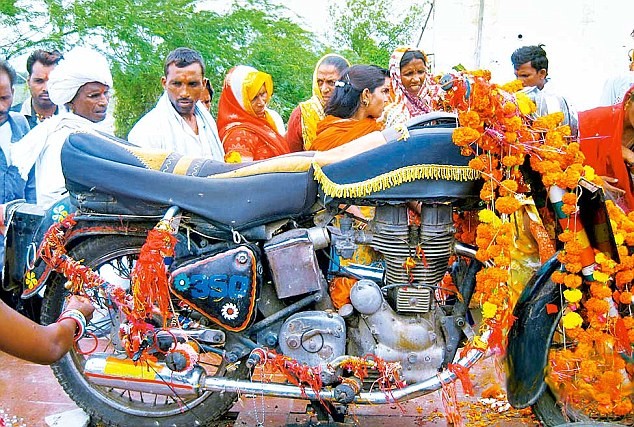 The bike belongs to Om Singh Rathore (also known as Om Banna). On a random day in 1991, when Om Banna was riding his bike, he lost control over it and crashed into a tree. He passed away instantly but the bike wasn’t damaged much. As it was an accident, the local police took the bike to the police station. Surprisingly, the very next day the bike disappeared from the station and was found at the site of the accident. The police made many efforts by emptying the fuel tank and locking it up by chains, but all of them were in vain. The bike somehow disappeared from the station to the accident site.

This miracle led to the establishment of the Om Banna shrine. The devotees believe that the spirit of Om Baba helps distressed travelers.

The Kal Bhairav temple is located in Ujjain, Madhya Pradesh. The deity of the temple, Kal Bhairav, is known to be the guardian of the city. This is a very famous temple visited by hundreds of devotees every day. 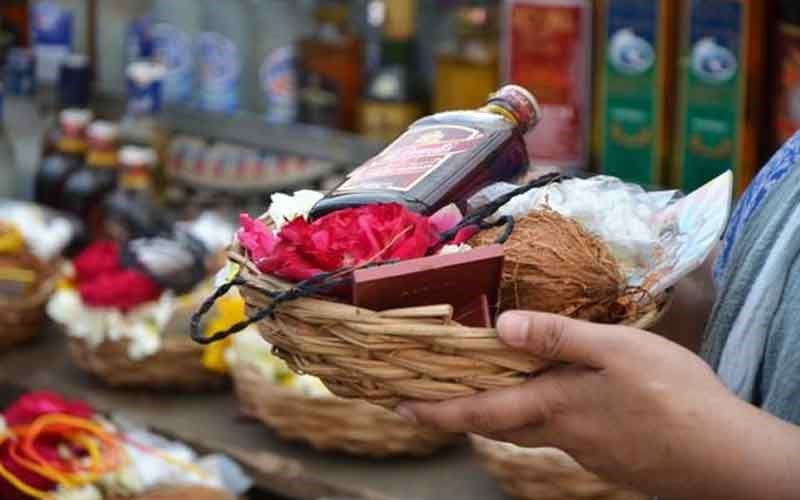 In olden times, five offerings were made to the deity of the temple. They were

But as of today, only alcohol is offered to the god. Devotees offer different kinds of alcohol to the deity along with flowers. The priest pours the alcohol into a saucer and tilts it at the mouth of the idol. The alcohol starts disappearing. Surprisingly, the priests here claim that there is no cavity in the idol.

The remaining of the offerings (alcohol) is given to the devotees as prasad. This might be exciting to all the alcoholics out there. There is even a government liquor shop outside the temple. Insane but true.

Struggling to get a visa? Then visit the Shaheed Baba Nihal Singh Gurudwara and offer a toy aeroplane to get rid of those issues. 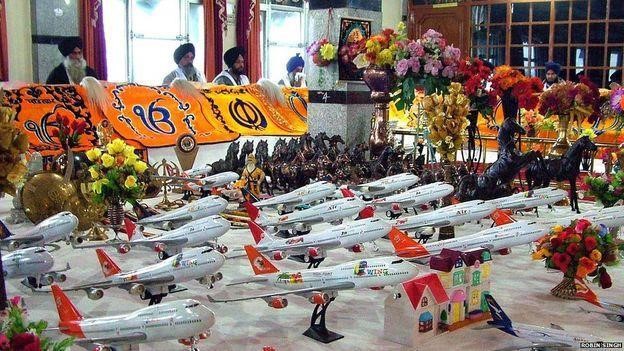 Sounds like a teleshopping advertisement, right? Only it’s not.

This gurudwara has become famous with the name Hawaijahaj gurudwara. There is not much information about the history of this holy place.

The reason for this gurudwara to be on this list is that the devotees offer toy planes to the gurudwara as a prayer to solve their issues regarding visa. On Sundays, the gurudwara receives more than a hundred toys. Kids would surely like to visit this place.

Imagine viewing a beautifully designed temple at the seashore. But what if the temple disappears suddenly? Sounds scary? This is just the beauty of Mother Nature. 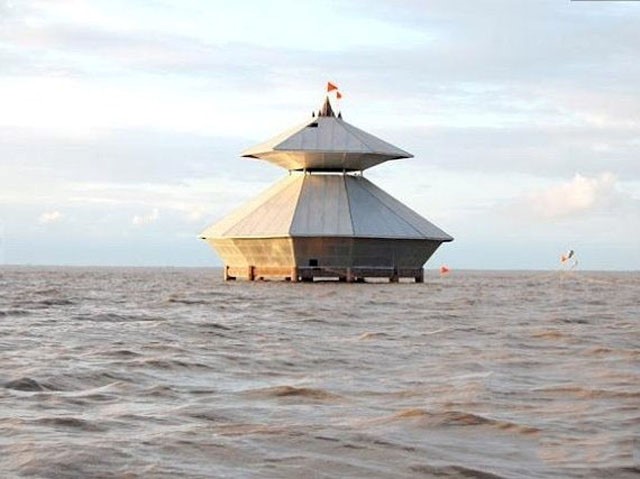 The beautiful structured Stambheshwar Mahadev temple is located on the seabed of the Arabian Sea. The interesting fact about this temple is that the sea bathes the idol of Lord Shiva (Shiva Linga) every now and then. The temple is constructed in such a way that the temple appears only during low tide and the prayers and offerings like flowers are offered at this time and during high tide, the temple is completely immersed and isn’t visible.

The flowers offered flow away with the water during high tide and give a bright color to the sea. The architecture used in this hundred-and-fifty-year-old temple is quite advanced.

I've grown up reading great things about Kashmir's beauty. In one of my textbooks, it’s also called "The Heaven on Earth" or in the local dialect, "Dharti ka swarg Kashmir." From the icy mountain slopes to the lush green plains... END_OF_DOCUMENT_TOKEN_TO_BE_REPLACED

Picture a person going through a great deal of misery and sorrow because of some certain terrible circumstances they are in. What expression did you picture this person in? The majoritarian guess would probably be a sad and unhappy face.... END_OF_DOCUMENT_TOKEN_TO_BE_REPLACED

[Trigger Warning] The following reading contains potentially distressing information about murders, violence, and brutality in relation to Nazi practices. Reader discretion is advised.   Have you heard of me? Of course, you haven’t. I am neither a Jew who survived... END_OF_DOCUMENT_TOKEN_TO_BE_REPLACED

What is common to a mullet-wielding, neon-donning 1980s American teenager and their Persian contemporary living in obscurity, confined in the clutches of Ayatollah Khomeini's reign? Hint: it starts with 'rock' and ends with 'music'. In 1979, at the heels of... END_OF_DOCUMENT_TOKEN_TO_BE_REPLACED

As I take a stroll in the graveyard observing my funeral, I find a few crying and the other meticulously bored by the doings. Yet it feels so light, death actually took away the pain of my congenital disease. But... END_OF_DOCUMENT_TOKEN_TO_BE_REPLACED