Indian Festivals – Is the definition changing? 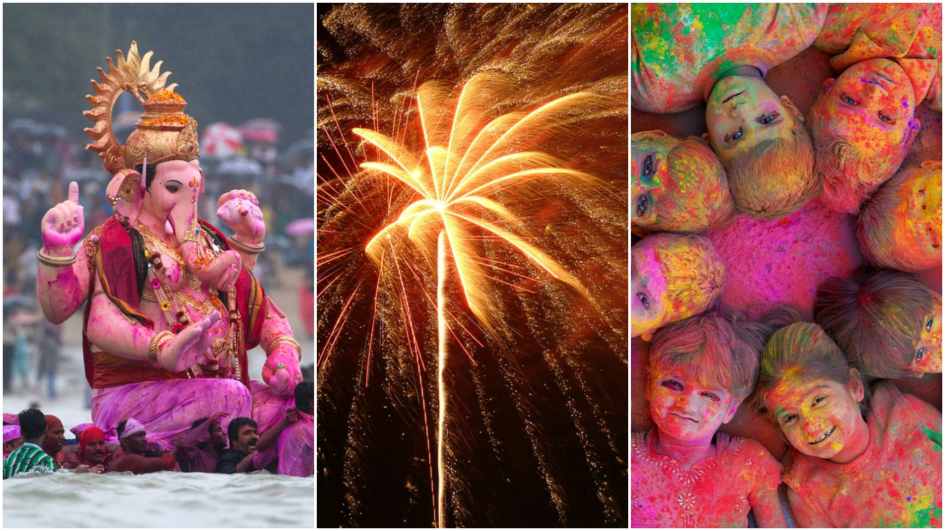 Indian Festivals - Is the definition changing?

India – the country of festivals, the country where people celebrate to thank the Gods, the country where all classes of people come together to cherish the very purpose of life. Festivals give a ray of hope to the working people to keep working, and also function as a channel to all classes of people to give their best, do the right things, earn more, so they can get home and spend time with the family,  they create the emotional connect amongst people, people beyond family. Although, festivals had more meaning than that. They say, in Indian culture back in time, every single day was celebrated as a festival. How and why ?

For example, agriculture was treated as the most sacred thing a human could do, after all, annam parabrahma swaroopam. If a farmer had to plough today, it was some sort of a celebration for him/her, likewise planting day, weeding day, harvesting day et cetera. Every single day was a day to celebrate, a day to thank Gods for giving mankind the hope and strength to survive. India was(is) a country of wealth, we never invaded any other territories because we already had everything. But in the last 600 years, India has been hit by poverty and as a result, celebrating everyday has only become a notion now. Also in my opinion, the real message and real purpose of festivals haven’t properly propagated to the recent generations. I believe the tree of truth and meaning got thinner as it kept growing. And hopefully, through media and internet, the tree is likely to get thicker and stronger.

Well now, the word festival has acquired a whole new definition. Sadly the pay-day is celebrated more than actual festivals. Indians celebrate around 10-15 prominent festivals annually. Although the intention of any festival is NOT to harm any living/natural thing but these days things are getting out of hand.

The most actively celebrated and energetic festival in most parts of the country is the Ganesh Chaturthi. Celebrations of this festival go on from 3 to 9 days starting from Ganesh Chaturthi, in this course, several poojas and activities are performed for the God (idol). And after the course, the idol is immersed in water. It is said that the Gods after the poojas go back to their heavenly abode and for this reason the idols are immersed in water. But of late, things are getting out of hand, almost every street in India hosts a Ganesh idol. Although there are many communities that encourage small eco-friendly idols with extraordinary activities like cultural get-togethers, feeding the poor(Anna Danam), collecting funds to donate and help the needy and many other activities that only bring us together, but the majority is more of those who are only trying to beat the neighbouring street’s idol in height, size and decoration and also in louder sound system.

The government and numerous environmental friendly communities urge and appeal for usage of eco-friendly idols yet the stats suggests that over 40,000 Ganesh idols made of POP are immersed in twin cities of Hyderabad alone.

The water pollution caused by the immersion of Plaster of Paris idols into natural water bodies is hazardous for both human and aquatic life. The water pollution caused by chemical paints used on these idols, the waste generated by the non biodegradable accessories used during the worship, increase of acid content in lakes, noise pollution, traffic congestion, increased consumerism etc. are the direct impacts of this festival on the system.

Diwali holds a great cultural significance in Hinduism. Hindus find cause to celebrate this festival for different reasons. Diwali celebrates the return of Lord Rama, King of Ayodhya, after victory over the evil Ravana. Diwali also celebrates the birth of Goddess Lakshmi, also the return of Pandavas, also lord Krishna killing the Narakaasur and there are few other reasons as well.

As we all know, too much good is bad, there are so many negatives about this festival that imbalances the human system. Air pollution, several gases and toxic substances like Lead, Sodium, Barium, Nitrates and Nitrites get released in the environment. Dry waste like fireworks covers, plastics and papers and other non-degradable dry waste causes Soil Pollution as there is very less space for dumping in major cities. Due to this, many kids between age 6-16 lose their immunity and fall ill easily. Noise pollution caused by fireworks causes hearing loss, sleeping disturbances, high blood pressure and in the extreme cases, hypertension and permanent deafness. Pets and other homeless animals like dogs, cats etc. have very sensitive hearing which leads to their undesirable behaviour.

How beautiful would it be to just use the fireworks money to help buy useful things for homeless people in the city or at least of our own street? Or maybe donate books and cloth to under-privileged kids ?

Holi is celebrated as harvest festival as well as welcome-festival for the spring season in India. Holi is regarded as a celebration of the colours of brotherhood and unity. A day where we forget all differences and indulge in unalloyed fun. Traditionally, Holi was celebrated in high spirits with no caste, creed, race, colour, status and sex discrimination. In Indian culture, Holi was(is) mainly celebrated as offering prayers to Gods as thanksgiving for the good harvest season.

As much fun it is to be a part of the Holi celebrations, it is equally dangerous and unsafe to human health. In many parts of India, there are numerous reported cases of usage of artificial colours which are highly structured polymers that can’t be decomposed biologically. Harmful colours used are prepared of substances like acids, mica, glass powder and other alkalis. They can cause itching, rashes, dermatitis and in the extreme cases skin cancer. More than 10,000 cases are reported for loss of eye-sight during the time of this festival. The black, grey, grease colours are not encouraged as they consist of mercuric oxides, lead, aluminum bromide etc. that cause kidney failure, skin damages and other fatal infections. On top of all this, wastage of water and pollution of water takes place where in the very Hyderabad city there are places where people wait 15 hours every day for just 2 buckets of tap water.

Stats say that water consumption by an average person rises from 35 – 500 litres on Holi. Is the purpose of the festival justified?

Similarly, there are many more festivals where people blindly look for the “fun” part but do not care about the consequences of their actions. The significant purposes of festivals are being overlooked, causing harm to both Indian culture and environment. Hopefully through eco-friendly events and internet and media, the significant truth and purpose of festivals will reach out to many.

[Trigger Warning] The following reading contains potentially distressing information about murders, violence, and brutality in relation to Nazi practices. Reader discretion is advised.   Have you heard of me? Of course, you haven’t. I am neither a Jew who survived... END_OF_DOCUMENT_TOKEN_TO_BE_REPLACED

In a world of change, the only thing constant is the effort to make a difference. While we all desire to be our finest selves, the path to being better is a rocky road. There are some days where we... END_OF_DOCUMENT_TOKEN_TO_BE_REPLACED

Disclaimer: The facts mentioned in this article may vary with the actual ones. "To conquer oneself is a greater victory than to conquer thousands in a battle." – Dalai Lama The second world war reached its final stage in 1945,... END_OF_DOCUMENT_TOKEN_TO_BE_REPLACED

"Why does Caesar get to stomp around like a giant while the rest of us try not to get smushed under his big feet? What's so great about Caesar, huh? Brutus is just as cute as Caesar. Brutus is just... END_OF_DOCUMENT_TOKEN_TO_BE_REPLACED

When was the last time you noticed your dark circles and regretted staying up late watching a movie? We’d say never! Movies are an essential part of our life. They play a vital role in the advancement of our culture.... END_OF_DOCUMENT_TOKEN_TO_BE_REPLACED