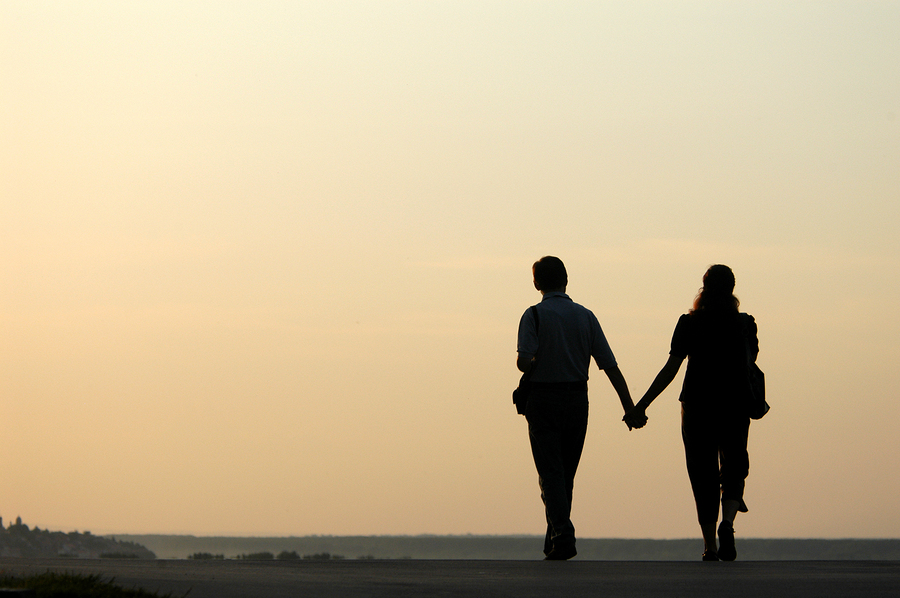 She was destined to be knowledgeable and wise.

T’was kindled by her inquisitive fire as a girl.

She grew and matured into an exemplary woman;

One who could confront all that life would hurl at her.

In due course of her career she met a wonderful man,

A person who was equally admirable and great.

A marriage of grandeur soon followed their chance meeting;

She gracefully lived through this play of her good fate.

Happiness and peace endured between the two

Until a notice of her transfer reached their door.

Unable to reject, she packed only half her belongings

For they would be together again in three years or four.

Her time away was painful for both her and him.

They were still true to each other and she remained strong.

She chose to smile though her time in this temporary home

And with that by her side, what could go wrong?

Portrayed the strength she had in her heart;

Despite the distance that separated the soul-mates

She knew nothing could cause them to part.

Four years passed and she didn’t change at all

Her return home spelled joy for the two.

The man she loved was elated to have her back;

Over the years his love for her only grew.

Yet somehow the same man questioned her;

He doubted the fidelity she showed.

He thought- “She has been away for four years.

Anything could have happened there, who knows?”

What followed brought her nothing short of agony;

He expressed his concern in completeness.

His words pierced her like the prick of a needle,

She thought- “How could this turbulence follow such happiness?”

Such doubts did not abide by the purity of her heart.

Solace was no longer something she would find here.

“I am going to my mother’s. Don’t expect me back.”

She said, “Goodbye and farewell, my dear.”

His love had left. He grieved endlessly.

Loneliness was his companion from then.

And reunited with it’s better half in heaven.

For the fourth time this week, I woke up at my desk. It wasn’t very comfortable: most of the space was taken up by an assortment of empty Red Bull cans and coffee cups. Clutter never bothered me though, it’s... END_OF_DOCUMENT_TOKEN_TO_BE_REPLACED

[Trigger Warning] The following reading contains potentially distressing information about violence, brutality and sadistic practices. The reader is advised to use their discretion to continue reading. “For the last time, you don’t have to do this. They will finish the... END_OF_DOCUMENT_TOKEN_TO_BE_REPLACED

From a very young age, we are socialized to behave according to our sex. Boys are taught to be “masculine” and girls are taught to be “feminine”. But are there any biological differences between a man and a woman which... END_OF_DOCUMENT_TOKEN_TO_BE_REPLACED

Each person does see the world in a different way. There is not a single, unifying, objective truth. We're all limited by our perspective. - Siri Hustvedt Perspective. It is a beautiful thing in a way that, all of us... END_OF_DOCUMENT_TOKEN_TO_BE_REPLACED

Flash, Flash, Flash. Various screens show the face of the actor. A woman crying in the corner while another loves the visual of her crying. The editor looks at all of these different shots and lets out a satisfied... END_OF_DOCUMENT_TOKEN_TO_BE_REPLACED