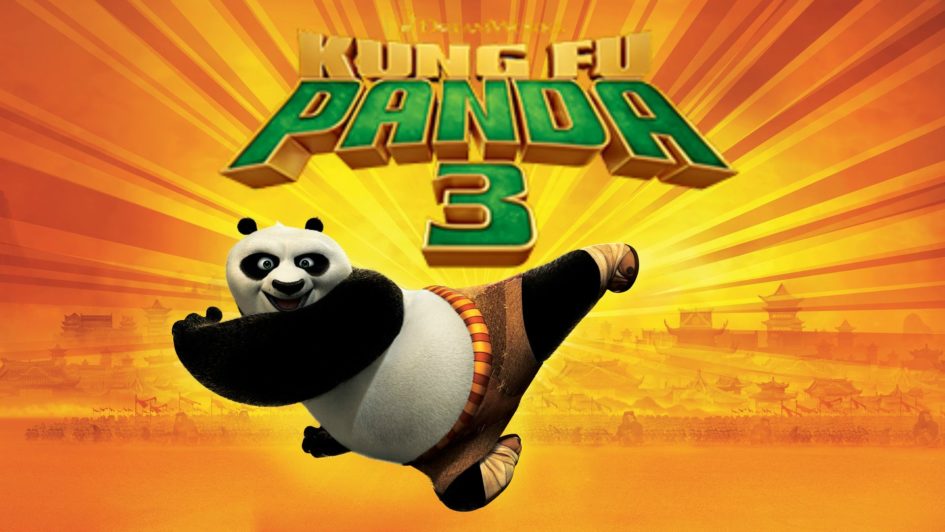 Do you remember the times when animals did Kung Fu?
And, there was this one panda that was made the Dragon Warrior of the Valley Of Peace?
And, this panda actually saved the valley and also all of China just by being adorably awesome? Well then, this April, get ready to indulge in the mind blowing art of Kung Fu and big fat pandas all over again! Yes, you read it right. Kung Fu Panda 3 has hit the theatres.

If you’re thinking Kung Fu Panda 3 is anything like its predecessors, you’re wrong. It is very different from the previous two in the series. Now, that would be because Kung Fu Panda 3 is all about embracing your inner panda and learning to eat, sleep, live and hug like one.

Po has had all the blanks of his past filled up when he defeated Lord Shen of the Gongmen City, but is still disturbed by it. Could it be that Po is the only panda left? While he is still struggling to come to terms with this, Master Shifu drops another bombshell onto Po, telling him that he should take over the teaching responsibilities of the Jade Palace, which means that Po has to now train the Furious Five. Can Po succeed?

Meanwhile, in the spirit realm, Master Oogway (remember that old turtle who keeps saying confusing things? Yeah, that’s Oogway) is faced with difficulties when his old friend (turned traitor) Kai, tells him that he would take Oogway’s ‘chi’ -life force and return to the mortal world to destroy it/ conquer it/ blah blah blah to do whatever villains do. So, it is up to Po to stop this guy, but for that, he will need to master the art of ‘chi’. But, that is not easy, things like that never are. That is because ‘chi’ was an art that was practised by the pandas and all pandas are believed to be dead.

Is China doomed? Nah. Not happening on Po’s watch. Because- SPOILER ALERT- Po meets his biological dad and together, they go to the secret village of pandas to learn the art of ‘chi’. It is in this ‘secret’ village of pandas, Po gets in touch with the panda-life and meets his aunts, uncles and his cute little dumplings. I mean, cousins.

Together, they devise a strategy to defeat Kai. But, will it work?

Can Po save China? Will the Furious Five help him out? Or, will they stand in his way? Can Po be a good teacher?

So many questions and there’s only one answer- watch it to find out.

Get ready for some awesomeness, folks- the panda’s in town.

Growing up watching Sci-fi movies, I always imagined myself living in a fully automated world with all these cool tech devices- flying sneakers, teleportation units, and whatnot. Something as dreamy as the “first cognitive city” proposed to be built in... END_OF_DOCUMENT_TOKEN_TO_BE_REPLACED

For the fourth time this week, I woke up at my desk. It wasn’t very comfortable: most of the space was taken up by an assortment of empty Red Bull cans and coffee cups. Clutter never bothered me though, it’s... END_OF_DOCUMENT_TOKEN_TO_BE_REPLACED

The human touch. Such a simple thing, yet one that holds immense power. Almost like a miracle. Wonder why? Read on.  We've been gifted with the five senses, namely: vision, speech, smell, hearing, and the most beautiful of all, touch.... END_OF_DOCUMENT_TOKEN_TO_BE_REPLACED

Each person does see the world in a different way. There is not a single, unifying, objective truth. We're all limited by our perspective. - Siri Hustvedt Perspective. It is a beautiful thing in a way that, all of us... END_OF_DOCUMENT_TOKEN_TO_BE_REPLACED