From the Editor’s Desk 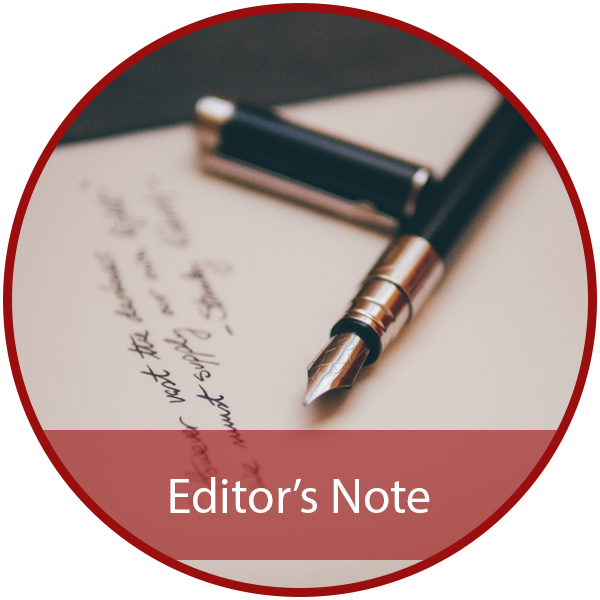 Hey beautiful people! Welcome to the 30th issue of KMITRA. A month has already passed and we’re hoping you guys were able to stick with the new year resolutions that you made. And for those of you who couldn’t, we’d like you to know that “January is always a good month for behavioral economics: Few things illustrate self-control as vividly as New Year's resolutions. February is even better, though, because it lets us study why so many of those resolutions are broken.” As they say, we only learn from our mistakes and failures. So let’s analyze our faults and begin editing our lives to make 2018 a year to remember. You still have 11 months to go!

February is here, the month of love, and we have Ms. Snehitha Linga telling us the unknown tale behind the much known Valentine’s Day through her article, “Valentine’s Day-What we don’t know”.
For a quick rewind of the important events of January, we have articles like “Soaring skies, happiness and kites” by Lasya Priya that has our college’s Patang Utsav all covered, while Bhoomi Chavan has written about the much talked about event, the “Under 25 Summit-Hyd” and Pratish Mashankar has brought for you “Our Tribute to the Tiranga – Republic Day celebrations at Keshav Memorial Institute of Technology”.

We've covered a few pressing issues in this edition. Ritika has covered the pivotal #metoo movement in her article “#metoo – a rallying call to end sexual violence”. Other articles that deserve your attention are “BECAUSE YOU MATTER!” by Ambica where she's talked about depression and “Choose the suitable option” by Sravya Vattem where she's talking about gender sensitization.

On the technical side we have an article named “Vim-The Bad Parts”, which talks about Vim, the text editor. To rack your brains we also have an article by Mohak on Salesforce titled “Salesforce Workshop ’18 – A Lesson in CRM”. If these don’t satisfy your urge, don't worry, there's more, read “The GitHub” by Mahathi Sharma to know more about the web-based hosting service for devs. As for the hardware techies, we got you covered as well, Shashank Maragani has written about “Flexible Display Technology” that may leave your mind in twists.

For all the movie buffs out there, we have a spoiler-free review of Padmaavat in “Controversy – The film’s PR” by Shreyas Gawali. We also have a review of “Darkest Hour” by Akhil Anand for the politically inclined. All the anime lovers, Hasmitha has put up a review of “Kokkoku”, be sure to take it in moment by moment.

If you’re looking for some g(f)ood Karma, just read “KARMA – We serve what you deserve”, a restaurant review by Mahitha Paluri.

Also if you love the Hyderabadi Biryani(who doesn’t?), you should read about its past in Nimisha’s article titled, “HYDERABADI BIRYANI”!

We’ve got four poems that flow like water. “To Be a Man” by Vaishnavi Pabboju, “Dream or Not to Dream” by Shreya Gandhe, “Death” by Saba Ismail, "Memories" by Abhay. We also have three beautiful tales, "Twisted Fate" by Purva Shah, "The Other Me" by Shivani, and "Phase I :Eternal Beauty, Lost" by Meghana.

Finally, if you want a disconnect from reality we have a conceptual article “Is our reality a simulation?”  by Vishnu and towards a totally different spectrum we have a mythological story, “The Boy Who Defied Death” by Pratish Mashankar.

This is probably a really long editorial! But this is our 30th edition and we feel proud to let you know that we have 30 articles besides the editorial and we hope you give each one of them a read. I'm sure each one of them is going to impress/educate/entertain you!
Signing off. Until next time! Keep Reading!

The human touch. Such a simple thing, yet one that holds immense power. Almost like a miracle. Wonder why? Read on.  We've been gifted with the five senses, namely: vision, speech, smell, hearing, and the most beautiful of all, touch.... END_OF_DOCUMENT_TOKEN_TO_BE_REPLACED

From a very young age, we are socialized to behave according to our sex. Boys are taught to be “masculine” and girls are taught to be “feminine”. But are there any biological differences between a man and a woman which... END_OF_DOCUMENT_TOKEN_TO_BE_REPLACED

Each person does see the world in a different way. There is not a single, unifying, objective truth. We're all limited by our perspective. - Siri Hustvedt Perspective. It is a beautiful thing in a way that, all of us... END_OF_DOCUMENT_TOKEN_TO_BE_REPLACED

Well, well, well. Something interesting has finally caught your attention in this painfully boring and monotonous life. You dash to the most convenient online marketplace to find the materialistic item that fuels your dopamine rush. These platforms help connect buyers... END_OF_DOCUMENT_TOKEN_TO_BE_REPLACED