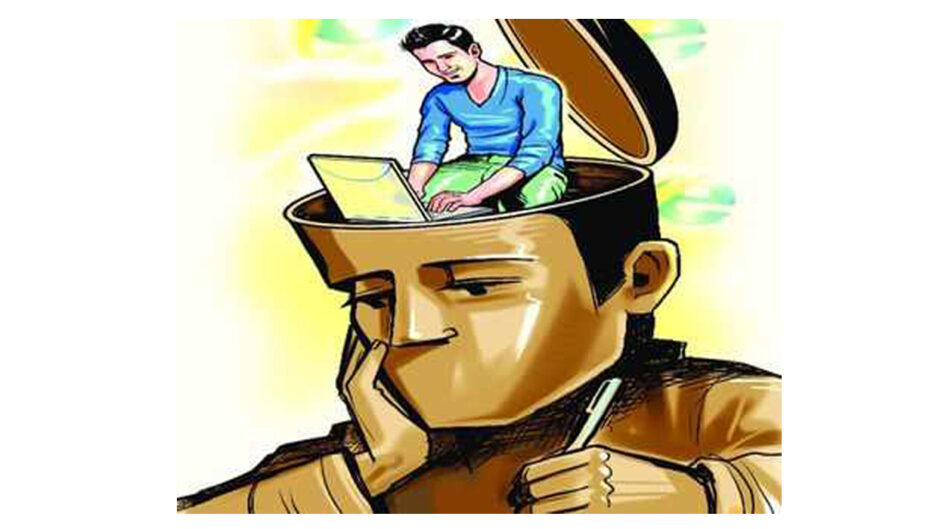 The new normal was finally here and so was the necessity of having to sit in a room full of people, people you have to compete with just so you can make sense of life.

I kept fidgeting with my tie while the other interviewees beside me went through their folder of documents. I knew everything in my documents all too well; achievements, activities, grades – 6.5.

I knew them like the scent of my house. While I was lost in the sea of my thoughts, I felt a gentle tap on my shoulder.

It took me a moment to realize who it was. Before I could say much, his warm voice said, “I’m Farooq, did you forget me?”

“No no no no,” I said as childhood memories flooded my mind and before we knew it, we were spouting stories from our school days one after another.

We weren’t the best of friends but there was a strange bromance we shared because of always competing against one another, be it academics or extra-curriculars.

The stories gave way to what had now become ‘normal’ conversation. We started talking about Covid and asked each other how much it had changed things for us. I told him about how tough it was with all the sudden changes, the fear, the paranoia, the times when our families were affected. He spoke about having caught the virus. The conversation soon turned woeful, so in an attempt to lighten things up he opened his folder.

“Look at this,” he pointed at his grades, they had all taken a funny turn in the year 2020.

“At least some good came out of the whole online thing. Man, exams were a fun ride. The safety of staying at home, the luxury of just using Ctrl+C and Ctrl+V, weirdly exams were the only good thing in those couple of years,” Farooq said with a thoughtful smile on his face.

I did not know what to say. I couldn’t rant about how the situation had been different for me, the numbers on our grade sheets had a stark contrast but what could any of us do?

Luckily, I did not have to live the awkwardness of coming up with a funny reply. Someone had entered the lobby and called out his name.

“All the best,” I wished him luck, and he wished me back.

That seemed like the only superpower that could help with this race I was running, a race where despite having the same strengths and weaknesses, we had different starting points for the same finishing line.

I couldn’t help but ponder over the fact that there were so many more people like Farooq out there, who I was up against. How I was at a severe disadvantage.

Maybe if I had done things differently in the past few years, I’d have a better chance at winning.

Maybe if I had spoken up a little earlier, the track would be smoother, maybe.

Someone called my name out and I took a deep breath, but I still couldn’t push away the maybes.

Getting this article to completion would not have been possible without the constant support of Avantika Bhandari.

Hope was an absurd emotion.   It was a chilly midnight when it happened for the first time. Monique was a light sleeper. After all, it didn’t take much more than a dull, heavy thud for him to jolt awake... END_OF_DOCUMENT_TOKEN_TO_BE_REPLACED

[Trigger Warning] The following reading contains events of death. **This is entirely a work of fiction and no distress was intended for any family/person affected by a natural disaster. “Please Ma!” Arya pleaded. “I made it to my final semester.... END_OF_DOCUMENT_TOKEN_TO_BE_REPLACED

“What is it about being blind that it makes you want to walk the dog the whole time?” “When it comes to environment, it's not us but our children and our children's children that will pay for our mistakes, which... END_OF_DOCUMENT_TOKEN_TO_BE_REPLACED

[Trigger Warning] The following reading contains potentially distressing information about self-harm. The reader is advised to use their discretion to continue reading.   Darkness cocooned her room, her heart twisted, churned, her fingers closed around her throat, nails digging into... END_OF_DOCUMENT_TOKEN_TO_BE_REPLACED