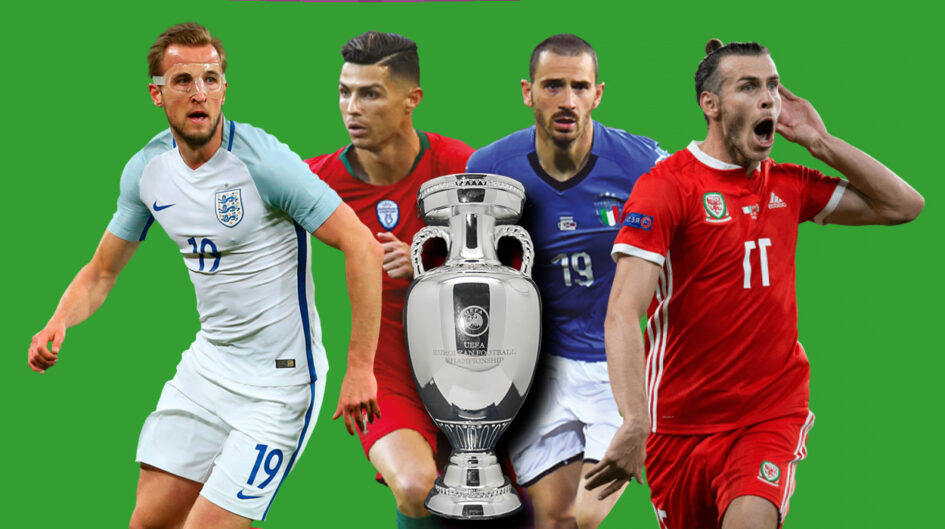 Football is the most famous sport on earth with an estimated 3.5 billion followers. Many people who may not be regular connoisseurs of the sport still watch the major International trophies like the FIFA World Cup, the UEFA Euros, the Copa America.

The Euros are generally held once every four years, and as per the regular progression, were supposed to be held in 2020. But we know that the pandemic has halted almost everything that may attract a crowd. Thankfully, the UK government relaxed the COVID regulations this year. As a result, through limited seating capacity, proper sanitization, and social distancing, officials meticulously planned to start the tournament. They took all the steps to prevent the further spread of the virus, which of course was inevitable, but we digress.

The tournament kicked off on June 12th with the inception of the group stage matches. They are held in the conventional group-then-knock-out format, with 24 teams playing in 6 groups. 16 out of those 24 teams go on to play the knock-out rounds, also known as “Round of 16″.  8 teams qualify and the playoffs begin, starting with the quarterfinals.

A depressing incident took place in the initial rounds of the tournament. In one of the matches between Denmark and Finland, Christian Eriksen, a Denmark player collapsed onto the ground. His teammates and his family were in tears. The officials suspended the match temporarily. They later confirmed that it was a cardiac arrest that caused Eriksen’s fall. It seemed unlikely that Christian would ever return as a player, but to everyone’s relief, he has completely recovered from the incident and is happy and healthy now.

Fans renamed Group F to ‘The Group of Death’ as 3 out of the 4 teams in that group were considered absolute powerhouses of the footballing nations. The final team in that group, Hungary, deserves appreciation, as they gave a stellar performance, making giants in the group sweat for the win, every single match. Unlucky for them, they couldn’t survive the ‘Group of Death’.

The top 2 teams from each of the groups, along with 4 of the best 3rd placed teams went on to the next round – The “Round of 16”. The “Round of 16” was a good intense phase of the tournament, with quite a few twists. The final 8 to go through were Switzerland, Spain, Belgium, Italy, England, Ukraine, Czech Republic, and Denmark. The quarterfinals were quite interesting because of the unexpected results of the fixtures. The teams that went through to the next round were Spain, Italy, Denmark, and England.

The Semi-Finals were Italy v Spain and England v Denmark. The match was drawn at extra time and Italy emerged victorious in the penalty shootout.  England beat Denmark 2-1 by scoring the second goal in extra time, as the match was level at full time. Both the matches were suspenseful and full of entertainment, keeping us on the edge of our seats.

The only fixture left to play was the final, which decides who will go home with the Euros 2020 Trophy. England fans began the chants. “Is it coming home or Is it going to Rome?”

The Grand Final was between England and Italy. England scored early in the match to take the lead, but the Italians scored in the second half making it level at full time. Each team’s impeccable defense neutralized the opponent’s offense, leading the match to penalties. England players failed to put the ball in the net thrice in the penalty shootout, and as a result, the Italians emerged victorious from the penalties, claiming the title European Champions 2020. The finals disappointed the England fans as the cup did not come home.

From a neutral perspective, the Euros have been pretty entertaining. With amazing individual performances to incredible team goals, the Euros were successful at exceeding the expectations of every football fan. Even though England were the runner-ups and Italy were the ones to lift the European Cup, the real winners were the fans.

It feels like just a week ago when the internet was bombarded with memes of Will Smith slapping Chris Rock at the 2022 Oscars. Ah, what a moment. The Cannes Film Festival too ended just recently, leaving us waiting for... END_OF_DOCUMENT_TOKEN_TO_BE_REPLACED

“Propaganda” in present-day English, refers to information or media (especially of biased or misleading nature) that is used to manipulate the audience to further an agenda. If you hear the word propaganda, it immediately alerts you to look out for... END_OF_DOCUMENT_TOKEN_TO_BE_REPLACED

The lockdown, for most of you, was the most boring time of my life. Six months of staying at home didn't do me any good apart from the fact that it brought me and my dad closer by giving us... END_OF_DOCUMENT_TOKEN_TO_BE_REPLACED

Faith has always been considered as one of the most inherently pure and pious things, across any and every religion and every school of a belief system based on the concept of God. That is probably because every single one... END_OF_DOCUMENT_TOKEN_TO_BE_REPLACED