‘Dunkirk’: Tale of a Strident Rescue

'Dunkirk': Tale of a Strident Rescue

With a resolution capable of dilating pupils, thanks to the visual dexterity contained, director Christopher Nolan returns to show his craft and genius as a filmmaker. For the first time, he weaves a story based on true facts in Dunkirk. 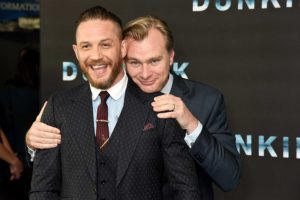 Tom Hardy and Christopher Nolan at an event for Dunkirk (2017)

The filmmaker enters the Second World War stopping at Operation Dinamo: the miracle of Dunkirk, which took place in 1940, after the defeat of France against Nazi Germany. More than 300 thousand British, French and Belgian soldiers were evacuated.

Structured in three different timelines (one week, one day, one hour) Nolan’s film presents the rescue of the troops surrounded by German troops, on the French beach. Without a central protagonist, the film dilutes the archetypal figures of war cinema to create an overwhelmingly tense mosaic. 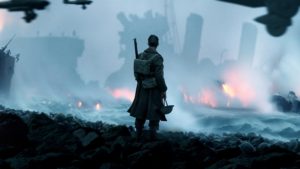 Without criticizing the motivations of war, quietly exalting the values around which it creates its mythologies and narratives of glory, Dunkirk is the first film of acute technical refinement, in which Nolan stretches the concept of parallel montage so old as the cinema itself, whose genesis lies in the classic movie, Intolerance by DW Griffith . The British filmmaker has already explored this in Inception and Interstellar with the same sharpness.

The elements that are key to Dunkirk’s brilliant effervescence are a lavishly strident score by Hans Zimmer, Nolan’s regular collaborator, and a clear sound design and remarkable editing work by Lee Smith. As well as a phlegmatic acting ensemble that make the fundamental pieces, from the anonymous soldier played by  Harry Styles to the tempered Commander played by Kenneth Branagh. 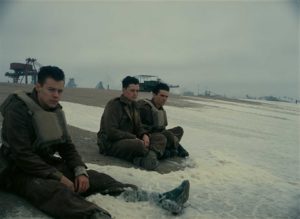 Although Nolan manages to maintain tension successfully during the entire duration of the film, it is not innovative in any way and falls short visually. However, Nolan has never been characterized, nor seems to have an intention, to be an aesthete rather than a fetishist of the technique.

Dunkirk is a spectacularly-timed exercise in film escapism; a warlike watch whose march is ominous and perfectly audible, even in the noise of a deafening battlefield. For Nolan, honor and glory are not in the stealth of the escape, but in the bombastic stridency of a rescue.

There is not enough for it to be a referent of the war cinema, but perhaps the best contemporary film on the subject. Click on the poster image below to watch a short trailer of the Oscar nominee. 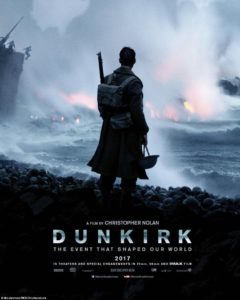 Ayrton Senna. A man whose legacy lives on to this day. Most modern-day drivers look up to him. He has won 41 Grand Prix in 162 races, has been on the podium 80 times, and has won the world drivers championship... END_OF_DOCUMENT_TOKEN_TO_BE_REPLACED

Faith has always been considered as one of the most inherently pure and pious things, across any and every religion and every school of a belief system based on the concept of God. That is probably because every single one... END_OF_DOCUMENT_TOKEN_TO_BE_REPLACED

“Hand me the gun and don’t move a muscle”, an injured Shankar Narayan whispers to his son, while they take cover under an old Contessa. The little boy does exactly as his father says, his hands trembling, desperately trying to... END_OF_DOCUMENT_TOKEN_TO_BE_REPLACED

Did your 8-year-old self ever wish for that awesome Pixar movie that you watched, and you watched, then you watched again, to be real? Because I did!  I had a dream. I wished I was a car so that I... END_OF_DOCUMENT_TOKEN_TO_BE_REPLACED

It feels like just a week ago when the internet was bombarded with memes of Will Smith slapping Chris Rock at the 2022 Oscars. Ah, what a moment. The Cannes Film Festival too ended just recently, leaving us waiting for... END_OF_DOCUMENT_TOKEN_TO_BE_REPLACED