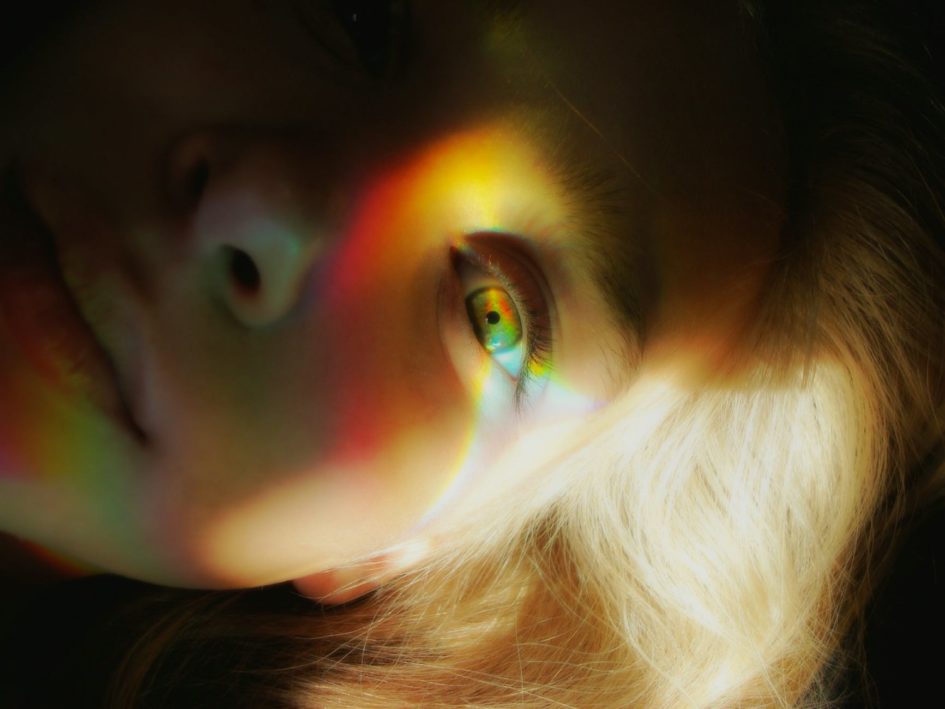 David wakes up to find everything unusual. The glittering sun rays that spread various hues of shine are not silver or gold, the grass is not green, the sky is not blue. Everything in sight is anomalistic to him. In fact, the place didn’t seem like his home. He tries to figure out what exactly was happening around him, but nothing could help his hypothesis. He somehow manages to perform his daily chores and leaves for school.

On his way to school, he halts at the traffic signal as he sees the red light. To his surprise, he finds everyone else around him moving. Why aren’t people obeying the traffic signal? We are supposed to stop when there is a red
light, aren’t we? Infinite questions kept popping up in David’s mind as he arrived at school.

“As we have discussed the structure of the human eye and its parts in the previous class, I remember asking you all to gather some interesting information about the rods and cones in the eye. Please share your work.” said Miss Jennifer, the science teacher.

Everyone in the class including Miss Jennifer started to look for David as he was excited to make a project on how the human eye works.
David couldn’t make head or tail of the situation.
But… I’m here. Why is everyone searching for me? David wondered as he got distressed further.
“Do you know why David didn’t show up today?” asked Michael.
David couldn’t comprehend why Michael raised that question to him. David chose to be silent to fathom the circumstances. He continued to analyze all the colors around him, nothing was normal to David’s eyes. Panic attacks started to trigger him.

He continued to draw out various conclusions as he hurried into the restroom. Colors messed with his brain, he felt mysterious about his identity.
Despite all the colors being different, something bizarre happened as he washed his face and looked in the mirror.
The reflection on the mirror had a familiar face. David was taken aback by the sight.
CHARLIE! Michael’s best friend! I…I don’t believe in magic…Am I Charlie for today? Is this what
Charlie’s eyes see? And is this why Michael spoke to me?.. Was my brain playing with the colors of the traffic light too? Is everyone’s green, red to me now? Why is it that all these colors are different from what I know?

David realized that the colors he had been seeing is how Charlie’s eyes perceived them and that every individual perceives them differently. Despite the variation, we all learned the names of colors that are common when we identify them, but are different as we perceive and process. This theory of perception of color primarily depends on the variation of the number of rods and cones in the eye, they can perceive more than a million different shades of color and again, the activated visual process carried by the brain is not known and can vary. So, the colors perceived and processed by an eye might vary in each individual.

But what about Charlie? Why didn’t he show up today? David wondered. A shiver went down his spine as he thought about what Charlie would be going through. Suddenly, he wakes up. He experiences a hypnic jerk… this time to the usual world of his colors that don’t mess with his head, the colors his eyes have been perceiving since his childhood, where glittering sun rays that spread various hues of shine are gold, the grass is green and the sky is blue. That was a weird dream thought David as he leaves to attend school with his project on the human eye.

He finds Charlie on his way to school. They exchange a knowing look followed by Charlie’s mile-wide smirk face.
A knowing look by Charlie too? Did he have a similar dream? ponders David. As he reminiscences the strange dream he saw, he thought, Is it true? What I see is different from what Charlie sees? Do we all uniquely see things? Is it a matter of perspective? Is my black your blue? Or vice versa?… Do you see what I see?… You don’t?.. Right?

Trigger Warning: The following content contains a description of abuse and murder which is potentially disturbing. Readers’ discretion is advised.   Did you know that Adolf Hitler was alleged to have paranoid schizophrenia? Many Psychoanalysts pronounced that he had mental... END_OF_DOCUMENT_TOKEN_TO_BE_REPLACED

In a world of change, the only thing constant is the effort to make a difference. While we all desire to be our finest selves, the path to being better is a rocky road. There are some days where we... END_OF_DOCUMENT_TOKEN_TO_BE_REPLACED

"Why does Caesar get to stomp around like a giant while the rest of us try not to get smushed under his big feet? What's so great about Caesar, huh? Brutus is just as cute as Caesar. Brutus is just... END_OF_DOCUMENT_TOKEN_TO_BE_REPLACED

I've grown up reading great things about Kashmir's beauty. In one of my textbooks, it’s also called "The Heaven on Earth" or in the local dialect, "Dharti ka swarg Kashmir." From the icy mountain slopes to the lush green plains... END_OF_DOCUMENT_TOKEN_TO_BE_REPLACED

[Trigger Warning] The following reading contains potentially distressing information about murders, violence, and brutality in relation to Nazi practices. Reader discretion is advised.   Have you heard of me? Of course, you haven’t. I am neither a Jew who survived... END_OF_DOCUMENT_TOKEN_TO_BE_REPLACED