Children Of God: The Sins Of Divinity 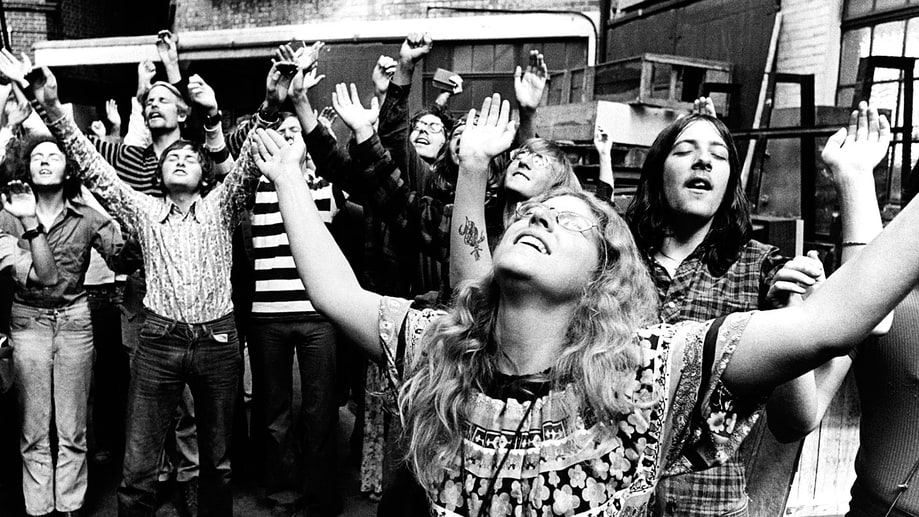 Children of God: The Sins of Divinity

Love. Love is an abstract, a strong feeling of affection, an infatuation and a sense of passion that can be felt towards anyone in any way. There is also a dark side to love. This other side can be mortifying, heart-wrenching and cruel. We were always taught to express our affection towards family, a significant other, friends, pets, and even God.

The love for Almighty is seen as one of the most respectful and purest forms of love. What if this euphoria goes out of control? Such is the disturbing record of ‘The Family International’, a Christian Sex-Cult.

The ‘Children of God’ (COG) was a group founded in the year 1968 in Huntington Beach, Southern California by a charismatic Baptist minister called David Berg, also known as “Moses David”. It was originally called “Teens for Christ” and was later renamed as COG. At first, Berg preached a simple gospel prophesying the second coming of God. But as his popularity grew, his teachings became more disturbing. By the early 80’s, this group of hippie followers had mobilized into a disciplined army and changed their name to ‘The Family’. They later spread all across the globe and so became ‘The Family International’.

To the outside world, ‘The Family’ was a missionary organization. But behind the closed doors, free love was their theology. In this cult, children were convinced to have intercourse openly with adults and with other children in order to show their love towards God. A few were brought into the cult while the others were born into it, leaving them no choice. According to their preachings, witnessing or indulging in pedophilia was normal. “The free expression of sexuality, including fornication, adultery, lesbianism (though not male homosexuality), and incest were not just permitted but encouraged,” writes Richard Kyle in ‘The Religious Fringe: A History of Alternative Religions in America’ (1993).

The members of the cult lived in closed-gated communities having no access to the outside world whatsoever. The children were brainwashed into believing that anything outside their community belonged to “the Devil”. Children were not provided with any form of basic education. They were only taught the readings and hymns from The Bible.
No activity in the cult was “forced”. Everything was done in the name of love which makes it even more saddening. The females of the group had to suffer the worst. As women, the only way that they could express their love for God was by serving the men who represent God in a sexual manner. Also, many of them were brainwashed into believing that they were bringing their children into the best possible environment. An environment where God’s love blossoms, a place with no hate, a rather odd family that normal people wouldn’t want to be a part of.

Majority of the members had entered the group to serve Jesus Christ and express their love and gratitude towards God, unaware of the evil consequences. This kind of lifestyle had such a traumatizing impact on the members that many of them had committed suicide even after
escaping the cult. Despite all of this, a few strong ones have dedicated their lives to spread awareness about women empowerment and child safety. Needless to say, this cult has scarred many lives.

The cult shut down in the early 2000’s but it is believed to still exists in the depths of California. Sadly, COG is just one of the cases among many others. The recent uprising of “Babas” in India has led to similar consequences. This issue is well-known and many of them have been charged guilty of inhumane crimes done in the name of God.

True love and devotion comes from the heart and not through ungodly acts of aggression or manipulation. It’s high time people unite in the name of humanity and break this hate cycle by raising their voices against it. Also, it’s imperative to understand that the fight is intended against “godmen” and not against religion in general. Well, I guess if you make God into a man, then you make your men into Gods. As their power emerges, there is a chance for their dangerous thoughts to turn into actions and further leading to sinful practices.

For the fourth time this week, I woke up at my desk. It wasn’t very comfortable: most of the space was taken up by an assortment of empty Red Bull cans and coffee cups. Clutter never bothered me though, it’s... END_OF_DOCUMENT_TOKEN_TO_BE_REPLACED

Each person does see the world in a different way. There is not a single, unifying, objective truth. We're all limited by our perspective. - Siri Hustvedt Perspective. It is a beautiful thing in a way that, all of us... END_OF_DOCUMENT_TOKEN_TO_BE_REPLACED

Hope was an absurd emotion.   It was a chilly midnight when it happened for the first time. Monique was a light sleeper. After all, it didn’t take much more than a dull, heavy thud for him to jolt awake... END_OF_DOCUMENT_TOKEN_TO_BE_REPLACED

Well, well, well. Something interesting has finally caught your attention in this painfully boring and monotonous life. You dash to the most convenient online marketplace to find the materialistic item that fuels your dopamine rush. These platforms help connect buyers... END_OF_DOCUMENT_TOKEN_TO_BE_REPLACED