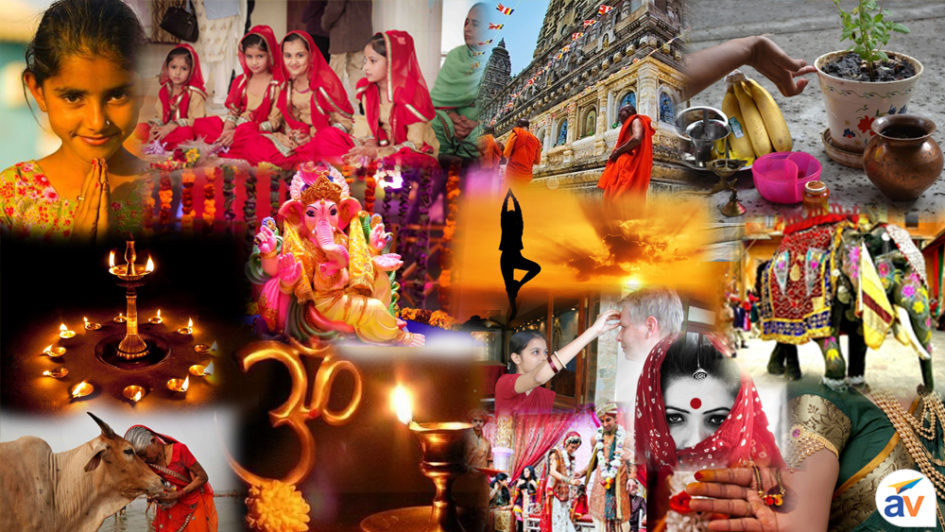 Being born into a traditional and conservative family had its own share of setbacks. Personally, for one, logic was always trampled upon. Logic was this little, timid guy who used to stand outside the door, who I always nursed a soft spot for . He always tried to come in, softly, politely, with a gentle smile on his face, but was always shooed away. There was another guy appointed for that. He was beefy, boisterous, annoying and was called ‘No! You cannot!’ And to defend himself in case anyone tried to attack him, which I did by the way, he had his own powerful shield called… wait for it… Values.
Even as a child, I never had it easy. I struggled with the whole world, struggled to find myself amidst the sea of society.
Because, here, I was always told by people what not to be and what not to do, than what to be and what to do. “Do not cut your nails, it’s a Tuesday”, “Do not sleep with your hair loose”, “Wait a minute, don’t go! You sneezed!”, “Do not touch me, you’re on your period”, was all I grew up with. I never understood why and I always used to ask. The lunatic with his shield used to butt in, and I had to give up.
Once, as my friend and I were walking home from college one evening, he caught up with one of his old friends, who happened to be one of our seniors from college. After a bout of hearty, conventional greetings, both the friends slipped into a lazy exchange about life and its many wonders, as I stood by awkwardly, gawking into space.
“Dude, 12 o’clock. Check her out”, his friend cried suddenly. As he whipped around to look at this woman, I rolled my eyes and shook my head, smiling to myself.
As they scrutinized her, he turned to my friend. “Is it okay to talk like this in front of her?” he whispered, nodding to me.
My friend looked around and then at me, surprised, and laughed. “Oh yes yes”, he said. “She looks like this, but she’s fine”, he added, mock punching my shoulder. And that left me wondering how a dot on my forehead and an extension to my shirt could talk so much about me.
The bindhi on my forehead meant I was orthodox and backward (apparently), and its absence meant that I had changed my religion and had no respect. A few inches off my blouse meant I was a hussy, and if I was comfortable around a guy, it meant that we were definitely together. These were all the ‘values’ I grew up with. Why couldn’t one choose to be different? Why did anyone’s outer mask define who they were? Why couldn’t they choose for themselves, what they wanted to be? Why does everyone  have to think alike?
To come together despite all these differences in people. To accept each other despite those differences. Wasn’t this the essence of India anyway?  The land of unity in diversity. Our hospitality, our booming warmth, our generosity, our lavish ceremonies, our elaborate rituals and our brazen, sumptuous celebration of life. Weren’t these the values that India passed down? Aren’t these the soul of  India, that so clearly differentiate us from the rest of the world, than restricting people from being who they are?

Can we hold on to this? Can we be people with different ideologies, yet have the same destination?

"Animation is not the art of drawings that move but the art of movements that are drawn” ~Norman Mclaren. Some things in life don’t change, like the craze we have for animation. Right from adoring our childhood shows to never... END_OF_DOCUMENT_TOKEN_TO_BE_REPLACED

Everyone knows Sushant from his popular movie MS Dhoni- the Untold Story. After MS Dhoni, he was seen in the film Chhichhore, which gave a beautiful message "Suicide is not the solution". Many students found the movie relatable. After Chhichhore,... END_OF_DOCUMENT_TOKEN_TO_BE_REPLACED

Since the primitive days of human existence, we have come quite far as a civilization. While this advancement can be attributed to numerous factors, the ability to socialize takes the cake. This remarkable ability to express our feelings, work together,... END_OF_DOCUMENT_TOKEN_TO_BE_REPLACED

“Why do the Yankees always win? The other team can't stop looking at the pinstripes.” The famous quote by Frank William Abagnale Jr., one of the popular con-men specialized in impersonation and forgery, can definitely be taken as the basis... END_OF_DOCUMENT_TOKEN_TO_BE_REPLACED

Love is unconditional. It's received and given in many forms, but it's said that the truest of love is when it's without any limitations. A love for caring about others without demanding much for yourself. The love of acceptance and... END_OF_DOCUMENT_TOKEN_TO_BE_REPLACED