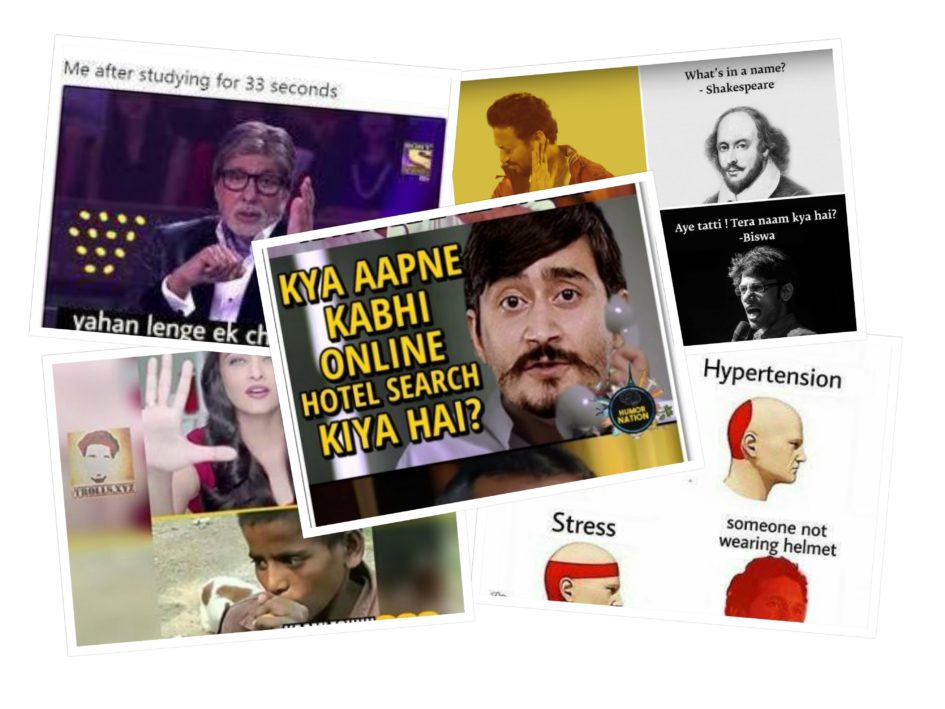 2017 has been a year for hilarious memes, viral tweets and internet sensations that you could
practically chart the year’s entire calendar by when each one took over social media. Memes have
become the elixir of life. There’s always something that can be memeable.
Whether it was a screenshot, a GIF, or a heavy dose of sarcasm this year by far had the best memes.
Salt Bae stole our hearts, Roll Safe gave us invaluable advice, and yelling Meryl Streep gave us the
confidence to shout our innermost thoughts.
Everyone of us has atleast one friend who tags us in atleast one meme everyday. Woh hai saccha dosth.
Because its 2017 and everyone is in love with memes and who wouldn’t want to laugh their hearts out
on just a picture that is relatable or a real-life funny joke?
Memes hugely influence modern language and culture and we Indians have pretty much nailed it! So,
here are the top five Indian memes a.k.a Desi memes…

1) Irrfan Khan’s Drakeposting
Canadian rapper, Drake, is possibly the most memeable and memed rapper on this planet.
Drakeposting refers to the practice of posting reaction images and other still shots from his hit
single, Hotline Bling. The original image of Drake went viral all over internet and All India Bakchod
(AIB) got Irrfan Khan to recreate this meme which turned out to be hilarious! 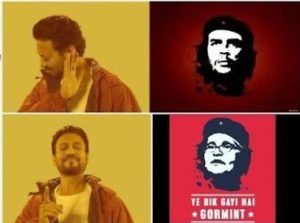 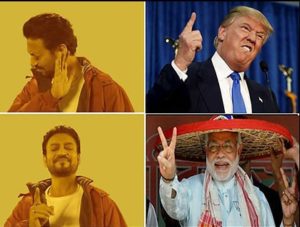 2) KBC memes
India’s famous quiz show ‘Kaun Banega Crorepati’ was renewed for its 9th season earlier this year,
hosted by Amitabh Bachchan. This time, many of his iconic dialogues from the well known ‘Deviyon

aur sajjano’ to ‘Aaiye me aapko is khel ke rules samjha du’ have all been transformed into funny
memes. 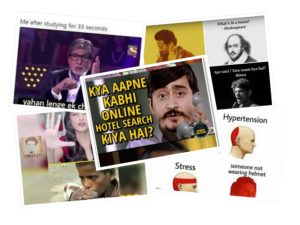 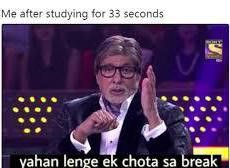 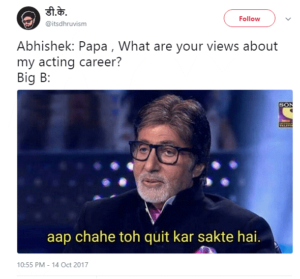 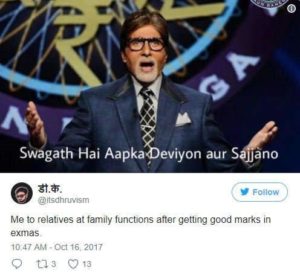 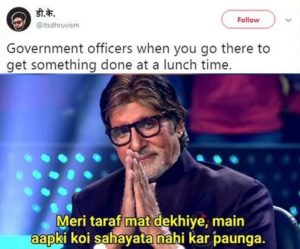 3) Helmet meme
On 4th November, Sachin Tendulkar uploaded a video in which he can be seen spreading traffic safety
awareness by insisting both the rider and pillion rider to wear helmet saying “ Wear helmet at the back 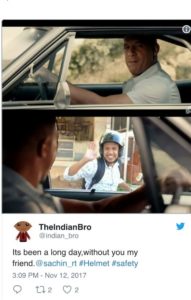 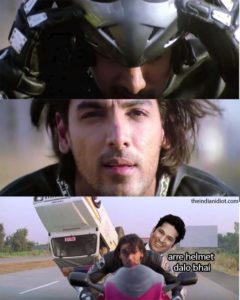 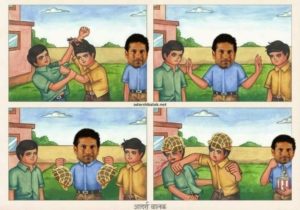 4) Kamlesh- The Soluchan boy
A video clip of 13 year old ragpicker Kamlesh from Bhopal under the influence of drugs had gone
viral on social media. The video from a documentary 'Nashebaaz-The dying people of Delhi'
directed by Dheeraj Sharma portrays people who are addicted to drugs showing the dark side of
addiction. Despite the sensitive nature of the video, netizens found it hilarious and made memes
which soon started surfacing the internet. His line “Dun dun dun” has become source for viral
videos. ( https://www.youtube.com/watch?v=qVo-cAN2gGg ) 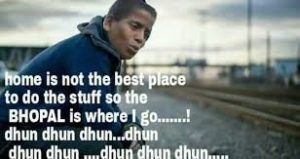 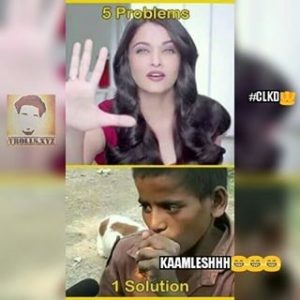 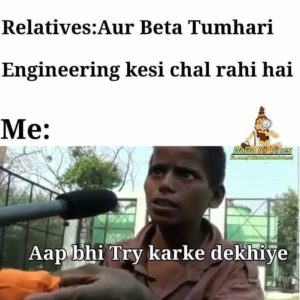 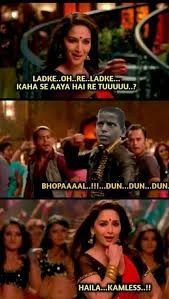 5) Indian Trivago guy
Kya aapne kabhi online hotel search kiya hai? If you haven’t heard this, you need to fix your TV. The
Trivago guy, Abhinav Kumar, in this viral ad has become an internet sensation with people trolling
him for his tardy appearance and comical dialogue delivery. And due to the repeated telecasting of

the ad on television the ad was asking to be memed. 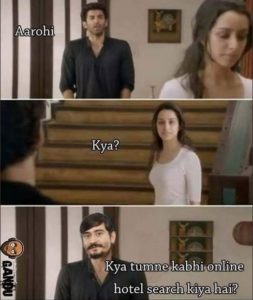 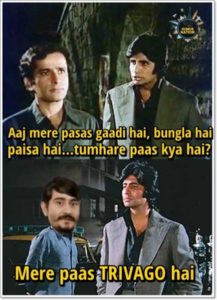 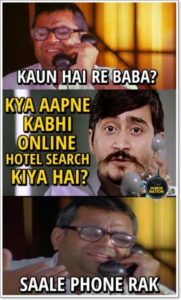 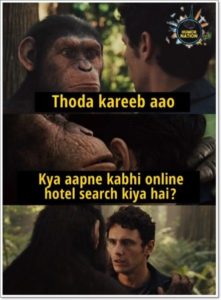 Two things have always fascinated me as a child- words and crosswords. Which word should I say? How do I say it? Can it, in its barely ten letters, hardly three syllables, carry the whole meaning of what I want... END_OF_DOCUMENT_TOKEN_TO_BE_REPLACED

Faith has always been considered as one of the most inherently pure and pious things, across any and every religion and every school of a belief system based on the concept of God. That is probably because every single one... END_OF_DOCUMENT_TOKEN_TO_BE_REPLACED

The lockdown, for most of you, was the most boring time of my life. Six months of staying at home didn't do me any good apart from the fact that it brought me and my dad closer by giving us... END_OF_DOCUMENT_TOKEN_TO_BE_REPLACED

It feels like just a week ago when the internet was bombarded with memes of Will Smith slapping Chris Rock at the 2022 Oscars. Ah, what a moment. The Cannes Film Festival too ended just recently, leaving us waiting for... END_OF_DOCUMENT_TOKEN_TO_BE_REPLACED