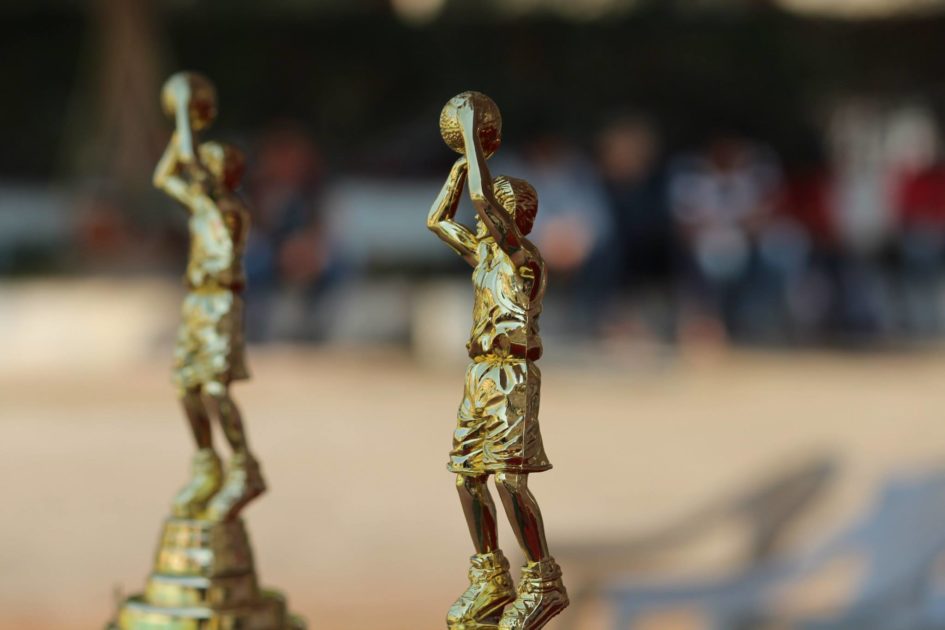 Sports are very important in our lives. They say it can make life happy and relaxing. How is something physically tiring and mentally challenging called relaxing? Well, a lot of factors add up in a life of a sports person. A person learns more than dunking the ball or shooting a goal, he learns time management, responsibility and brotherhood. The list goes on. Our college luckily provides all sections of sports. But it would not be an exaggeration to say that irrespective of the unexpected holidays and college events, you will always find  at least 4 students playing in our Basketball court. Of course football and volleyball and others have got great craze in KMIT but the thing about basketball is just different.

To encourage the spirit we students and coaches have towards basketball, KMIT recently hosted an “Inter Engineering Colleges Basketball Tournament” on the occasion of Platinum Jubilee of the Keshav Memorial Educational Society, which reached out to the colleges all over the district. Sri T. Padma Rao Goud, Minister for Excise and Prohibition & Sports and Youth Affairs was the Chief Guest of the event alongside with Sri C. Ram Chandra Reddy, M.L.A. of Khairatabad. It was delightful to see Sri C. Ram Chandra show us some basketball skills of his own. 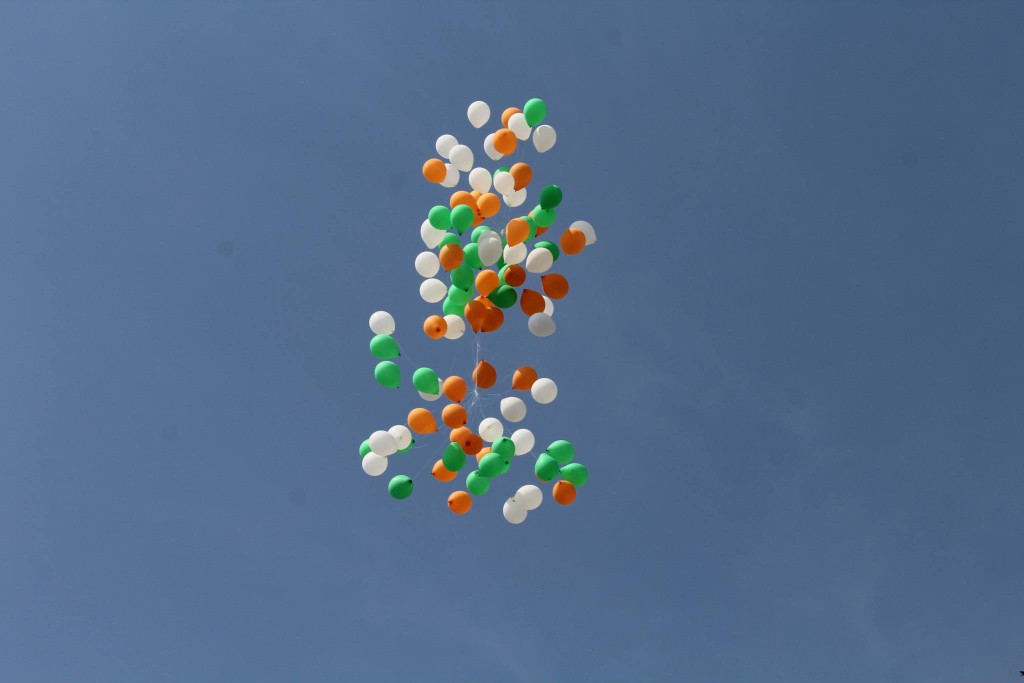 The College officials opened the tournament with a gesture of flying Tri-Colour balloons into the sky. 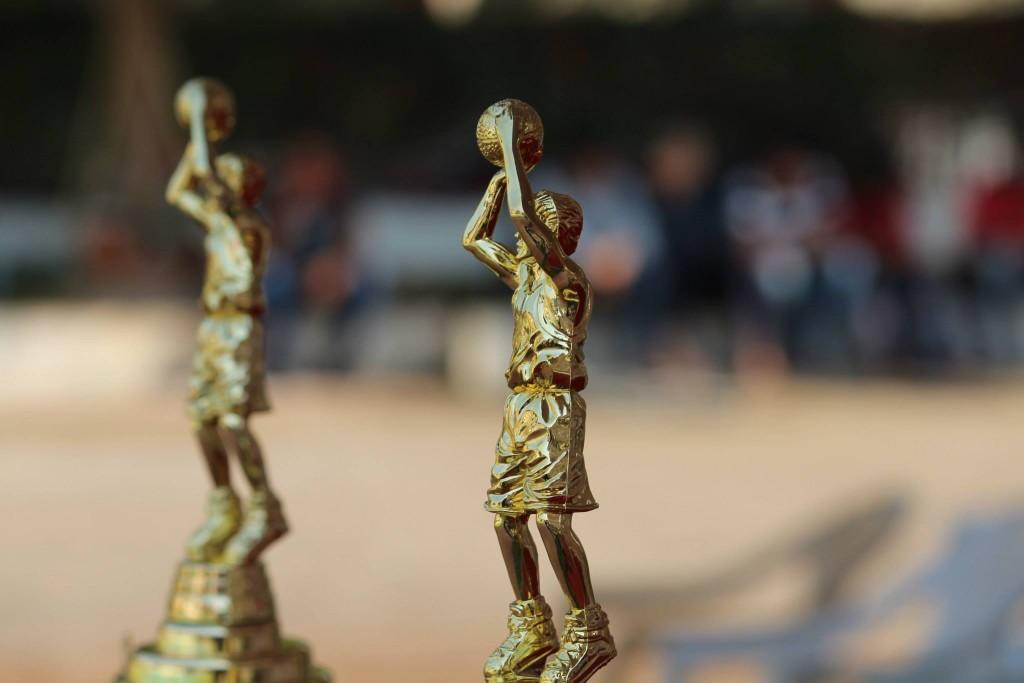 Title Trophy of the tournament

Although the preparations for the tournament started a week earlier, KMIT had given us a brand new basketball court. 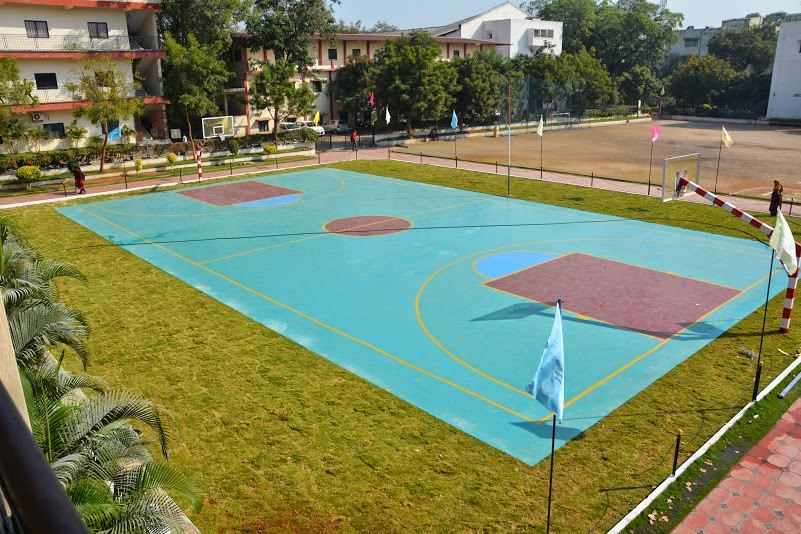 The tournament was hosted very effectively giving the visitors and the spectators a quality experience of all sorts. It started with an eye catching dance mob from the students of KMIT, cheering the players and the hosts up right from the beginning. Twenty teams took part in the competition. There were games which had a point difference of  21 and games that went on for beyond the extra time. It was a treat to all the basketball lovers. 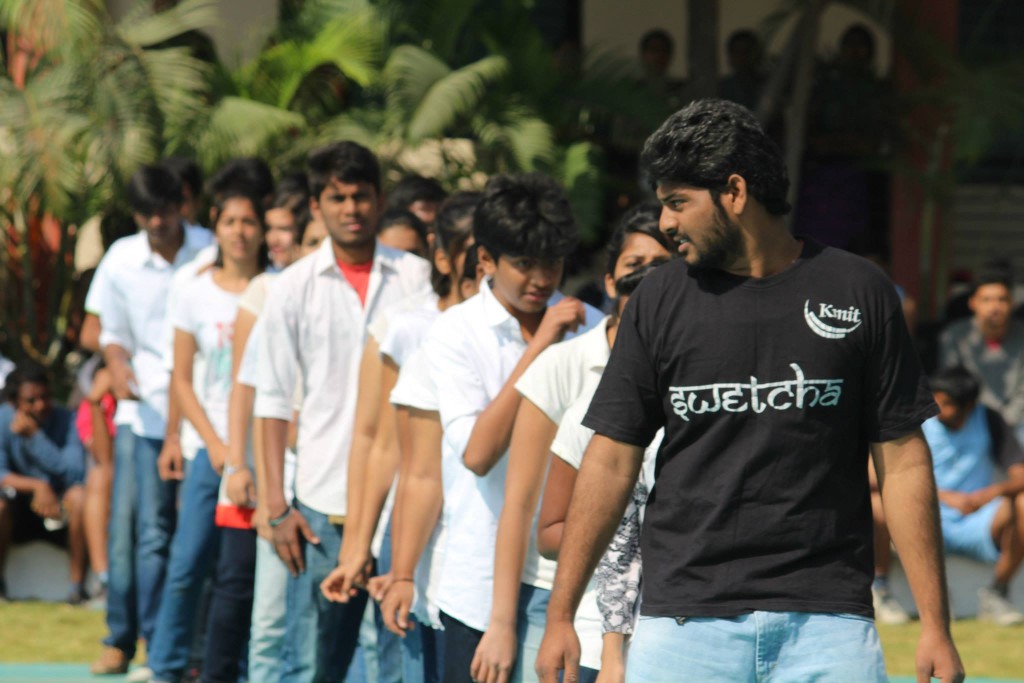 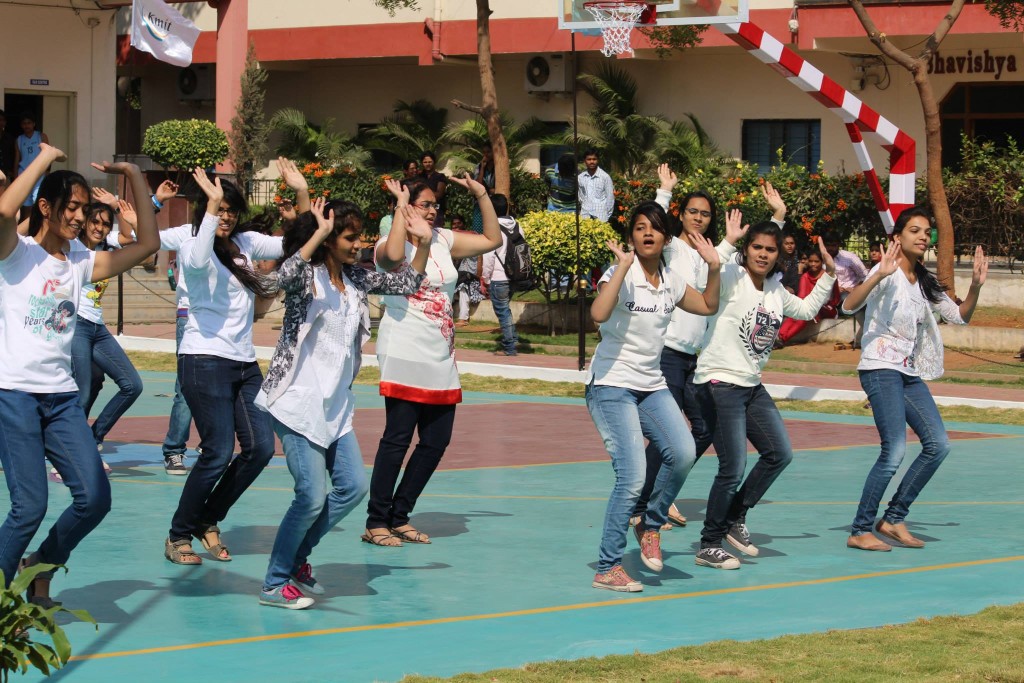 KMIT Students during the flash mob.

It was a delight for everyone to see some crazy dunks, clean tackles and so many 3-pointers. There were more than 4 teams that played like they deserved the title but at the end of the day, there is only one winner. St. Martin’s Engineering College was  the team to win the title in the end showing their authority right from their first game. They were at their best right from the beginning of the tournament. MVSR College was the runner up in the tournament, showing everyone some decent basketball play as well. 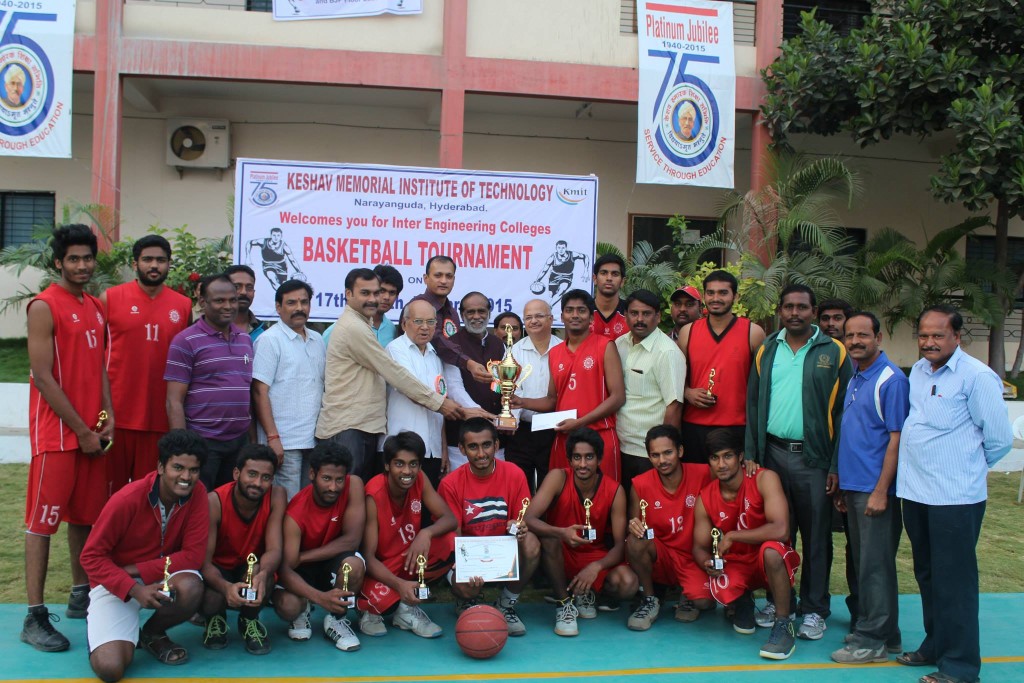 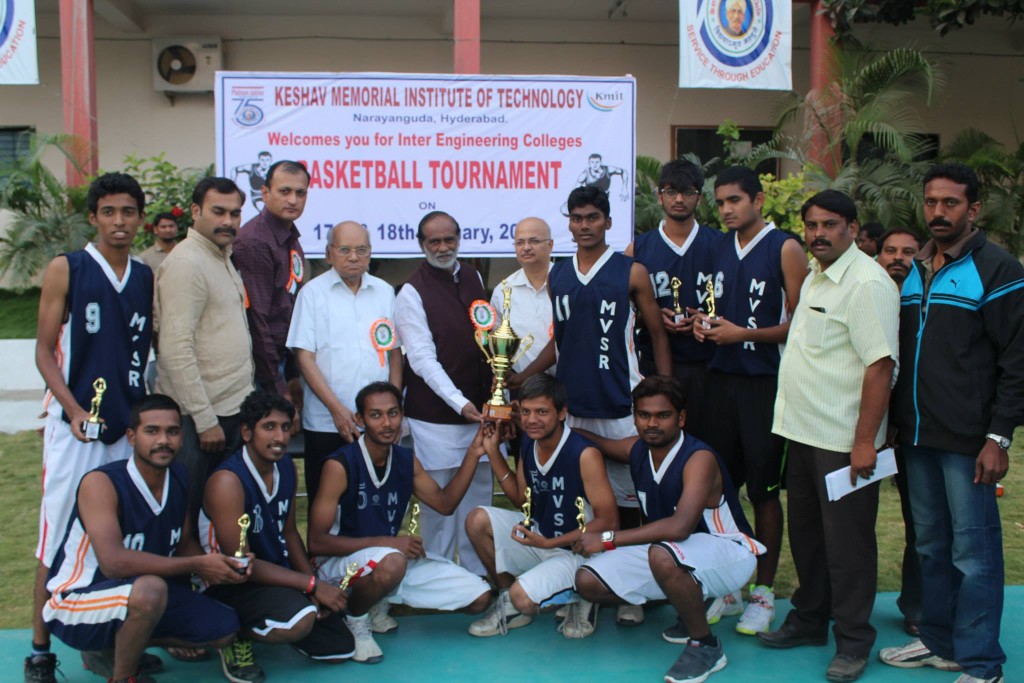 KMIT and Muffakham Jah were beaten in the semi-finals by St. Martin’s and MVSR respectively. KMIT was unfortunate to lose in a nail biting semi-final with a point difference of 2(29-31).  We were just 1 basket away from the win. Irrespective of the disappointing end to the cracker, KMIT players have shown us their own class of play. 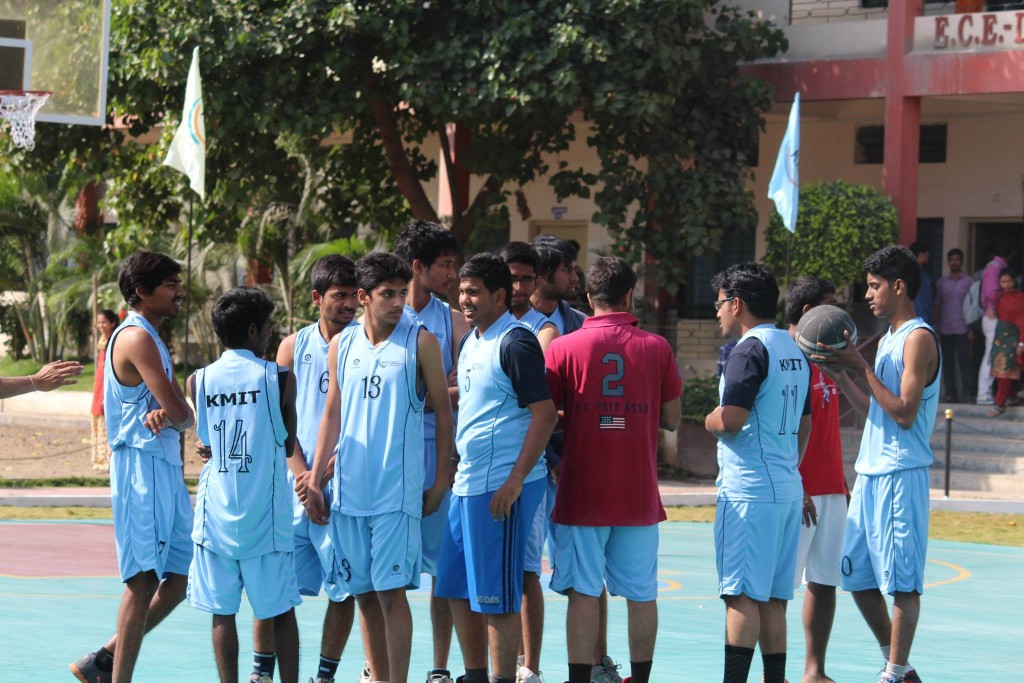 KMIT Players before the semi finals 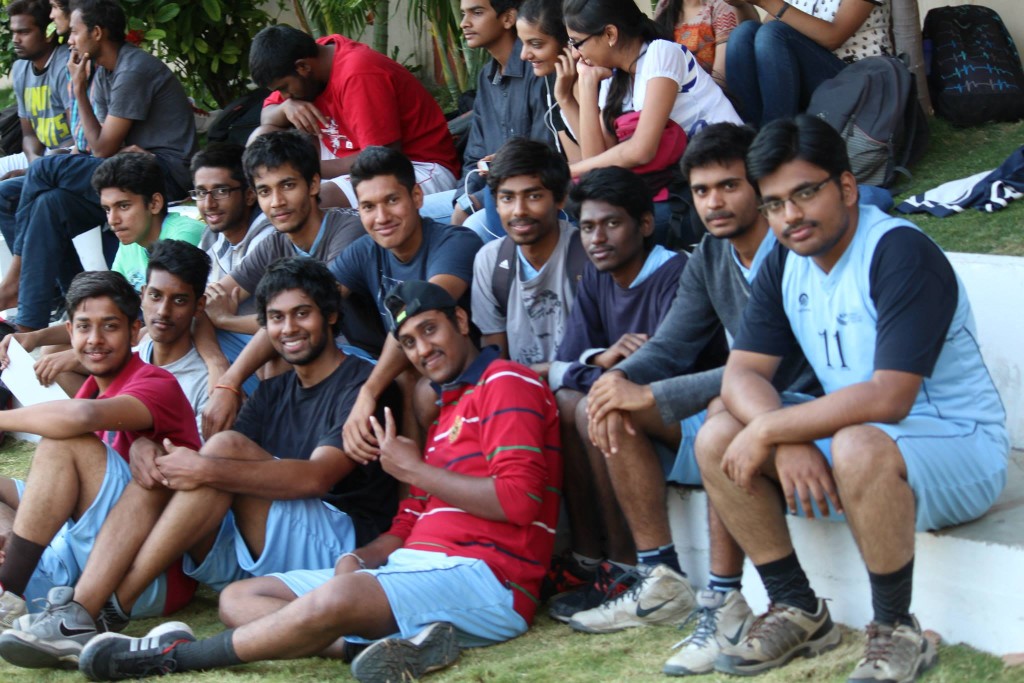 KMIT Players on the sidelines

When asked about the tournament, a KMIT player from third year said,” Not only did this tournament bring out the potential in us, but it showed us that we are the perfect basket of combination players. Little did we practice as a team, but on the day we somehow stood against the seasoned players of the city. Starting on the right note, we played St. Peters and beat them hollow. The win got us the right confidence we needed to take on other rivals. As the tournament progressed, our opponents started getting tougher but our determination and home court advantage took us to the semi finals.”

He then added,”The semis were tough because we knew our opponents well but unfortunately the aggression, sun, not to mention, the adrenaline rush pumped us up followed by a feud and things started getting messy. At the end, one small mistake cost us a basket and we lost. But, we are happy that we didn’t give up and fought till the very end. We will remember this event not only from learning point of view but also for the fun we had with each other. One of our best players will leave college this year, and we hope that the juniors will fill up the gap. Giving the credit to our sports in-charge Mr. Laxmi Narayan, we hope that more such tournaments will be organized in the campus to encourage our team, new players and finally help us fulfill our dream of becoming the best in the city. ”

In a way, KMIT has set a bench mark among the colleges in the city . All in all it was a wonderful experience for both the host and the visitors, giving us some good memories and motivation for the players to work harder. Let’s hope that we’ll host many more tournaments in the future and encourage the sportive spirit of  the ‘engineers in making’.

Flash, Flash, Flash. Various screens show the face of the actor. A woman crying in the corner while another loves the visual of her crying. The editor looks at all of these different shots and lets out a satisfied... END_OF_DOCUMENT_TOKEN_TO_BE_REPLACED

For the fourth time this week, I woke up at my desk. It wasn’t very comfortable: most of the space was taken up by an assortment of empty Red Bull cans and coffee cups. Clutter never bothered me though, it’s... END_OF_DOCUMENT_TOKEN_TO_BE_REPLACED

From a very young age, we are socialized to behave according to our sex. Boys are taught to be “masculine” and girls are taught to be “feminine”. But are there any biological differences between a man and a woman which... END_OF_DOCUMENT_TOKEN_TO_BE_REPLACED

Aren't all of us artists trying to express ourselves in this world? In my opinion, art is a form of expressing an emotion. Learning how to express our subconscious emotions and communicate with them will take time but what is... END_OF_DOCUMENT_TOKEN_TO_BE_REPLACED

The human touch. Such a simple thing, yet one that holds immense power. Almost like a miracle. Wonder why? Read on.  We've been gifted with the five senses, namely: vision, speech, smell, hearing, and the most beautiful of all, touch.... END_OF_DOCUMENT_TOKEN_TO_BE_REPLACED