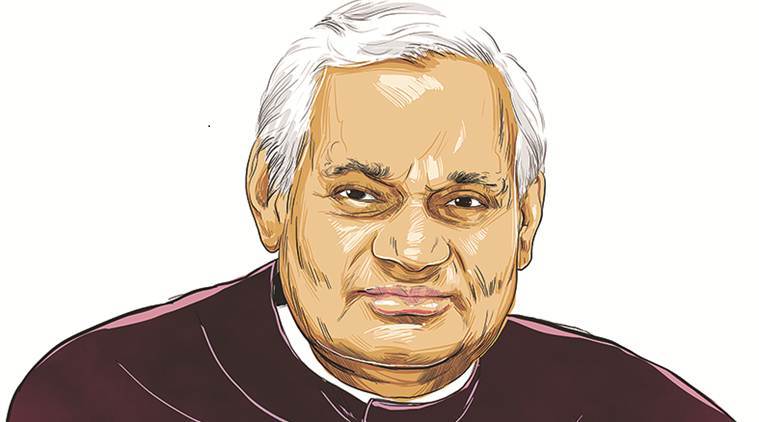 Atal Bihari Vajpayee – a name that needs no introduction. A name that resonates with power. A name that plays an important role in making what India is today.  He served India thrice as a Prime Minister and was later appointed as the Minister of external affairs in the cabinet of Prime Minister Morarji Desai.

“Our aim may be as high as the endless sky but we should have a resolve in our minds, to walk ahead, hand in hand, for victory, will be ours” ~ Atal B. Vajpayee

Born in Gwalior on 25th December 1924, to Krishna Devi and Krishna Bihari Vajpayee. At the age of sixteen, he became a member of  Rashtriya Swayamsevak Sangh, or RSS as we call it, and was arrested during the Quit India Movement. He was elected for the first time to the Lok Sabha in 1957 and to the Rajya Sabha in 1962. He was jailed during the emergency but nothing could bar his courage. His patriotism was beyond any threshold, standing like a sentinel against adversities. India soared under his rule as Prime minister from 1998-2004, advancing rapidly in all directions. 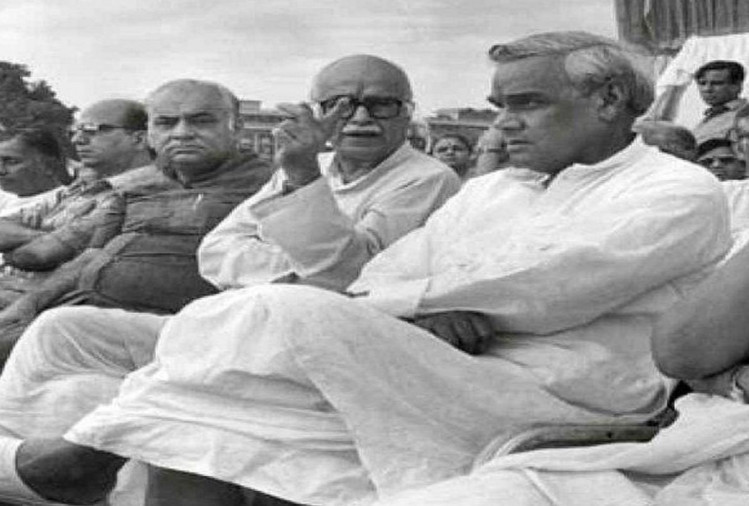 During his tenure, the Pokhran nuclear tests were carried out in 1998. Certain nations imposed sanctions on information, resources, and technology to India but nothing let him down. He later launched Operation Vijay to win the Kargil war. Over 500 Indian soldiers were killed in the three-month-long battle, but India fought and restored 70% of its territory.

At the age of 81, he retired from politics. On his 90th birthday, current Prime Minister Narendra Modi declared his birthday as the “good governance day”. In the year 2015, he was honored with India’s highest civilian honor, the Bharath Ratna, for his contributions to the country.

He was also a poet. He authored many books such as Kaidi Kaviraj Ki Kundalian, Amar Aag Hai and Kya Khoya Kya Paya.

“We hope the world will act in the spirit of enlightened self-interest.” ~Atal B. Vajpayee 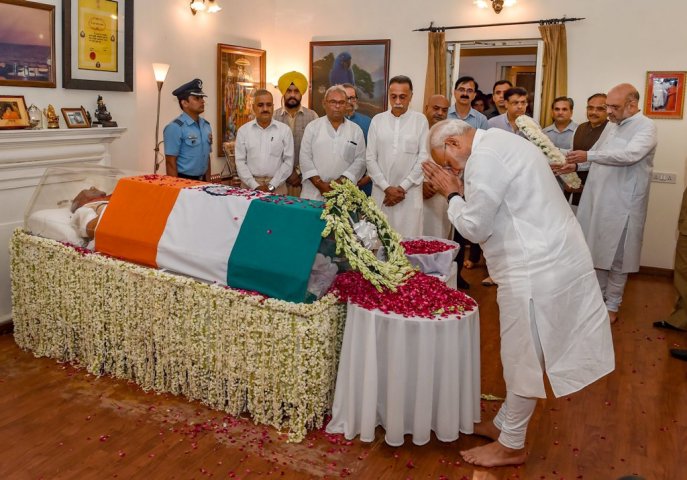 Succumbing to major health issues, on 16th August 2018, he took his final breath. He will live on throughout history and in all our hearts. His words will always guide us, and he will forever remain, a hero, that India will always be proud of.

“Propaganda” in present-day English, refers to information or media (especially of biased or misleading nature) that is used to manipulate the audience to further an agenda. If you hear the word propaganda, it immediately alerts you to look out for... END_OF_DOCUMENT_TOKEN_TO_BE_REPLACED

Did your 8-year-old self ever wish for that awesome Pixar movie that you watched, and you watched, then you watched again, to be real? Because I did!  I had a dream. I wished I was a car so that I... END_OF_DOCUMENT_TOKEN_TO_BE_REPLACED

Faith has always been considered as one of the most inherently pure and pious things, across any and every religion and every school of a belief system based on the concept of God. That is probably because every single one... END_OF_DOCUMENT_TOKEN_TO_BE_REPLACED

The lockdown, for most of you, was the most boring time of my life. Six months of staying at home didn't do me any good apart from the fact that it brought me and my dad closer by giving us... END_OF_DOCUMENT_TOKEN_TO_BE_REPLACED

“Hand me the gun and don’t move a muscle”, an injured Shankar Narayan whispers to his son, while they take cover under an old Contessa. The little boy does exactly as his father says, his hands trembling, desperately trying to... END_OF_DOCUMENT_TOKEN_TO_BE_REPLACED