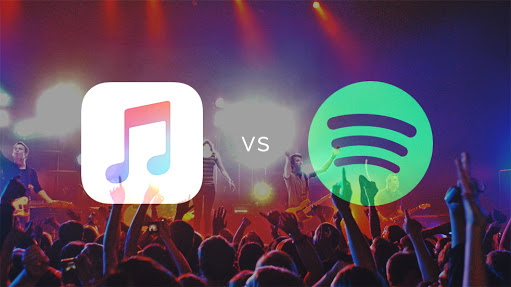 Of late, Apple has been relentlessly trying to make its users use Apple’s services over other existing time tested services. Even the most ardent Apple fan has to admit that Apple Maps simply can’t hold a candle to Google Maps. Apple has tried to take over Spotify and Pandora by launching it’s own Music Streaming Service, Apple Music. For music lovers around the world, Spotify has become the go-to for streaming and sharing music over the past few years. Apple music has to stand the test of time to see if users will use it over the aforementioned services but for now, let’s take a look at how it stacks up against the all time favorite ‘Spotify’.

First things first, the free trial period of Apple music is 3 months while the same for Spotify is 30 days.
In Apple Music, the Connect section is a less interactive Facebook feed where artists can share photos, videos and more with their fans. Fans can follow artists and like or comment on these updates.
The newly added Running feature in Spotify detects your running tempo (in steps per minute) and plays music to match your speed.
Apple Music has a live, 24/7 global radio station, streaming from London, New York and Los Angeles called Beats 1. Apple has hired DJs to run these stations, which not only play great music, but also discuss music and offer exclusive interviews. These radio stations also offer music based on genres, constantly curated by ex-music Journalists and experts.
Spotify does not have live radio. Instead, you can create stations based on your favorite songs, albums, artists, playlists or genres, and the service will provide recommendations for you. You can upvote and downvote songs too. 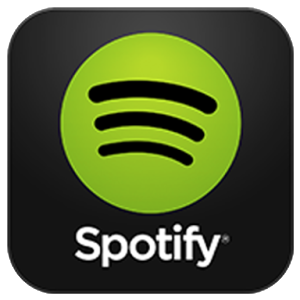 Talking about similarities, both services allow offline listening but only with paid subscription (like Wynk). Both the apps charge the same monthly fee and permit family sharing. Both the apps boast a music catalog of about 30 million songs. Apple Music Library gets its music from iTunes, however, some music which is available for download on iTunes can be unavailable for streaming.
When it comes to sharing music, Spotify has more robust features over Apple Music. In Spotify, you can not only send music to another Spotify user but also discuss about it in the chat window. In Apple Music, you can share a song, album or more only via text, Facebook, Twitter, Email or Airdrop. You can’t directly send music to another Apple Music user. With regard to sharing music, Spotify leapfrogs Apple Music. 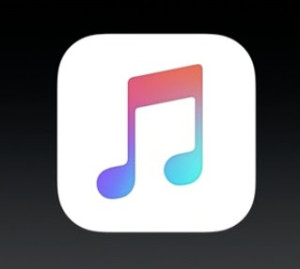 In conclusion, Apple helps you stay connected to your favorite artists,while Spotify helps you enjoy music in a variety of situations. If you like discovering fresh music, latest releases and new artists, then Spotify is lightyears ahead of Apple Music, otherwise you can give Apple Music a shot.
Apple music is now available in India at ₹120 per month while the family plan is priced at ₹190.However, Spotify isn’t legally available in India yet but you can be a tunnel bear if you are bent on Spotify (Apps like tunnel bear allows you to download unavailable apps using Virtual Private Network).
Share this on:

Faith has always been considered as one of the most inherently pure and pious things, across any and every religion and every school of a belief system based on the concept of God. That is probably because every single one... END_OF_DOCUMENT_TOKEN_TO_BE_REPLACED

Ayrton Senna. A man whose legacy lives on to this day. Most modern-day drivers look up to him. He has won 41 Grand Prix in 162 races, has been on the podium 80 times, and has won the world drivers championship... END_OF_DOCUMENT_TOKEN_TO_BE_REPLACED

Two things have always fascinated me as a child- words and crosswords. Which word should I say? How do I say it? Can it, in its barely ten letters, hardly three syllables, carry the whole meaning of what I want... END_OF_DOCUMENT_TOKEN_TO_BE_REPLACED

The scene opens in a jury room, where a decision is to be taken on the death sentence of a man accused of murder. After voting, each juror explains why they feel the accused is guilty or not guilty. One... END_OF_DOCUMENT_TOKEN_TO_BE_REPLACED