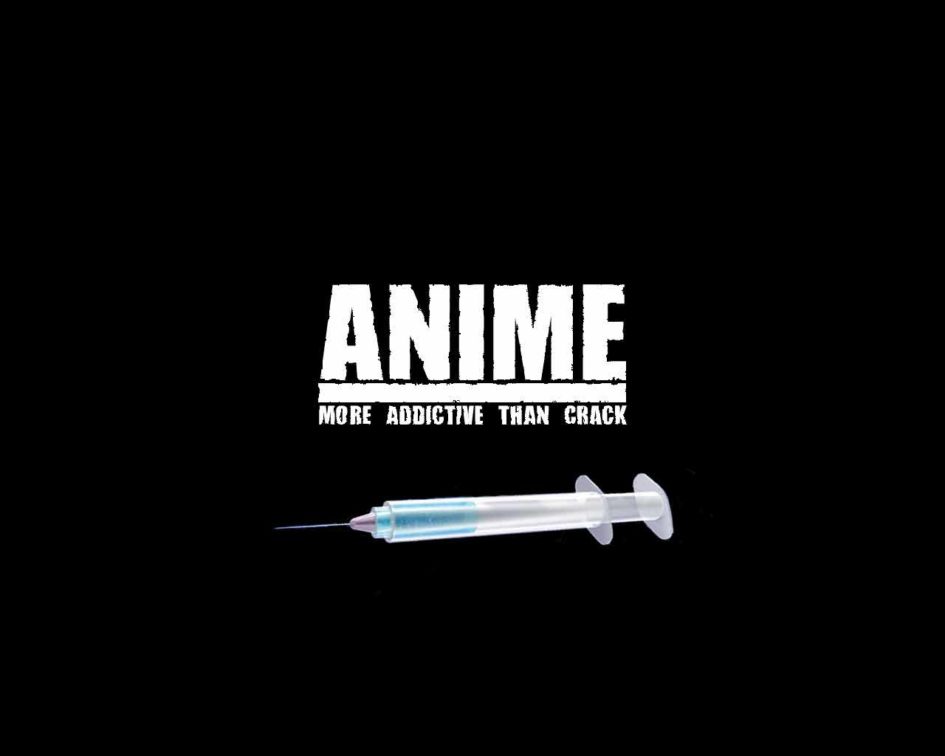 For those of you who don’t know what anime is… well, for starters, anime is not cartoon. The dictionary definition of anime is “an animated work originated from Japan” but surely it’s not that simple.
First of all, unlike the cartoon shows, here characters do die. They don’t always wear the same outfit in every episode and also anime has no age limit, everyone from kids to teenagers and young adults can watch it.

All-time anime hits are Naruto, Pokémon, Dragon BallZ, One Piece and Full Metal Alchemist. But all these legendary series would not be a good start for beginners because they have too many seasons and hundreds of episodes to watch. The best part about anime is that nobody feels left out; there are so many genres that you will definitely find something that you would like to watch. Action, thriller, rom-com, a slice of life, sci-fi, supernatural are some of the common genres you might be familiar with, but other than these there are many other unique ones.

Such as yaoi and yuri which are based on stories involving same-sex couples, shoujo is a genre which features a female protagonist, and shounen features a male protagonist. While shoujo and shounen are mainly based on high-school characters, josei is related to womanhood, showing the characters in a more adult related environment. Seinen is a genre which mainly features the perception of youth and Psychology is also a very famous genre in anime with much darker stories and characters. History, military, ninja arts are also some of the unique genres of anime. Every series is a mixture of different genres, having different elements and thus keeping it interesting.

For someone who’s interested in some good thriller, mystery and elements of supernatural then these would certainly be a good choice: 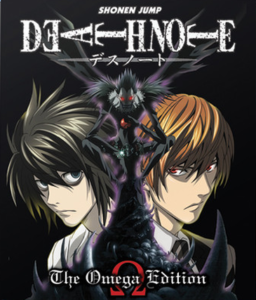 The story revolves around a seventeen-year-old boy named Yagami Light who finds a book called Death Note, using which he can kill anyone in less than forty seconds if he sees their face and writes their real name in it. The mission of justice that Light starts by using the book to kill all the criminals is hindered when a young detective tries to stop him whose real name nobody knows and goes by the name “L”. 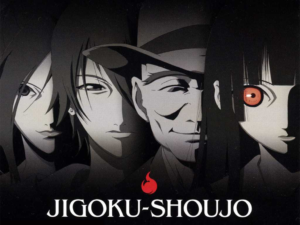 Apart from the thriller and supernatural elements, this series also has good psychological mixture. In these series, each episode is a short story about different people who are victims of abuse and decide to seek help from an online Hell Correspondence website where they make a deal with Ai Enma, the Hell Girl. After the deal is made, Ai Enma gives her client a doll with red string; when the client pulls the red string around the doll thinking about the person abusing them, Ai Enma with her companions drags that person to hell by giving them a slow painful death. But the client has to accept the conditions to get the doll, that is when they die they have to go to the hell as well. 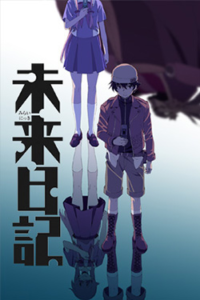 A fourteen-year-old boy Yukiteru Amano becomes the part of a game held by the god of space and time in which whoever wins the game succeeds the throne of the god and gets the power to control space and time. Yukiteru and other eleven participants are forced to play this game by following the simple rule; whoever manages to survive for hundred days becomes the god. In this game of “either get killed or kill others”, the only thing helping them are their diaries which can predict their future, telling them how and when they will die. It’s the participant’s task to change their future and survive the vicious game.

But if you’re someone who doesn’t enjoy suspense and is only looking for some romance, comedy, and drama then these below-mentioned series are perfect: 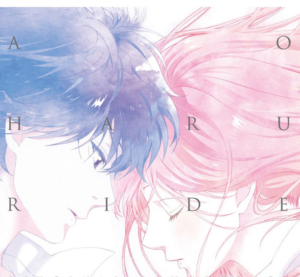 Futaba Yoshioka, a seventeen-year-old tries to change her personality after entering high school so she can fit with her female peers. After going through some painful events in her past, she decides to change herself completely. But to her surprise, she comes face to face with Kou Tanaka with whom she shared a mutual love interest back in her middle school. To her realization she comes to understand that she is not the only one who has changed; that once smiling, laughing, shy Kou has become an almost anti-social, cold person. 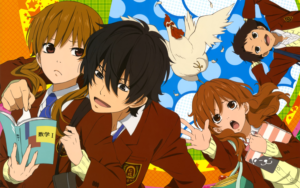 The story is about the relationship between Shizuku Mizutani, a high school girl who is completely uninterested in everything except studying and achieving her goals, is referred as “dry ice” because of her complete lack of any emotions and Haru Yoshida, who is viewed as an violent monster by everyone at the school but is in fact an innocent, sweet and socially awkward teenager. The series has good comedy, showing the hilarious love story between a human devoid of any emotions and an awkward teenager who had no human interaction before let alone a romantic one.

All the sci-fi lovers out there fear not! Anime has some pretty amazing series based on sci-fi, thriller, and action:

The series takes place in future settings where it is the 22nd century and the justice system has changed tremendously. Here, every citizen has to take a test which determines their mental state for signs of criminal intent called as Psycho-Pass. The people harboring the slightest ill-will are punished based on these tests which happen to be the law. When Akane Tsunemori, a young woman starts working for this justice system along with a veteran enforcer Shinya Kougami, she realizes that this system is not as perfect as she assumed. 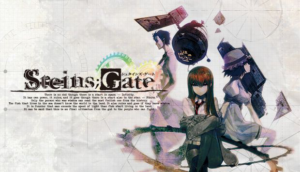 when a self-proclaimed mad scientist Rintarou Okabe along with his lab partners Mayuri Shiina and Hashida Itaru accidentally invents the machine called “Phone Microware” which capable of sending e-mails to past, their lives entirely changes. These e-mails which can be sent to the past called “D-mails” help them to manipulate the past. Throughout the series, Rintarou learns the depths of science and also has to shoulder the burden that comes with holding the key to the temporal realm.

And if you love stories like “Fault in Our Stars”, then these tear-jerkers will suit you perfectly:

Clannad and Clannad: after story 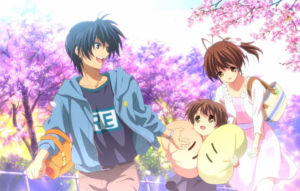 This story teaches us about the importance of having a family. When Tomoya Okazaki, a high school student who has a very bad relationship with his father and whose mother died when he was young, falls in love and marries Nagisa Furukawa, his fellow classmate who grew up in a small and loving family only to lose her after the delivery of their first born. Tomoya comes to a realization as the series goes on about the pain his own father went through and tries to cherish his relationship with his daughter, not letting her suffer the way he did when his mother died.

Your Lie in April 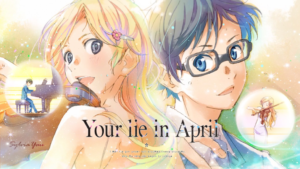 The story begins when Kaori Miyazono, an out-going and cheerful violinist befriends Kosei Arima, a piano prodigy who has stopped playing piano when his abusive mother who was also his piano instructor died. He has a mental break down during one of his recitals when he was eleven, claiming that he can no longer hear the music of his piano and stops playing altogether. The story is about how Kaori helps Arima in finding his music and helps him in falling in love with it again.

To watch all these series, one could go to the many official anime websites out there.
For people who’d rather read than watch, there is always manga for you. Manga is basically the first step in producing the series. These usually work the same way as comic books. The manga comes out first and in volumes and then depending on its popularity it is adapted into anime series, movie, and dramas. So, to read manga, visit webpages such as KissManga.com

Comfort space is personal to every individual. It allows you to be yourself and cherish the moments as they are with no judgment whatsoever. As for me, movies and music do the job. Speaking about movies, I have been exposed... END_OF_DOCUMENT_TOKEN_TO_BE_REPLACED

Police sirens, an opened door, a step out of the flat that had been an abode and a prison for 6-years-9 months-23 days—freedom at last?   Julian Assange was under no such false impression as the British police dragged him... END_OF_DOCUMENT_TOKEN_TO_BE_REPLACED

The corporate industry is notoriously famous for having the highest pay grade difference for employees working in the same company at different levels doing the same or similar jobs. This difference attracts several young engineers and management graduates into this... END_OF_DOCUMENT_TOKEN_TO_BE_REPLACED

From a very young age, we are socialized to behave according to our sex. Boys are taught to be “masculine” and girls are taught to be “feminine”. But are there any biological differences between a man and a woman which... END_OF_DOCUMENT_TOKEN_TO_BE_REPLACED

“How long are you planning to cry and sleep in here?” I asked her, as I raised the blinds in her dark bedroom. Seeing the chocolate wrappers and empty Ramen cups spread across the room, I couldn't help but sigh.... END_OF_DOCUMENT_TOKEN_TO_BE_REPLACED