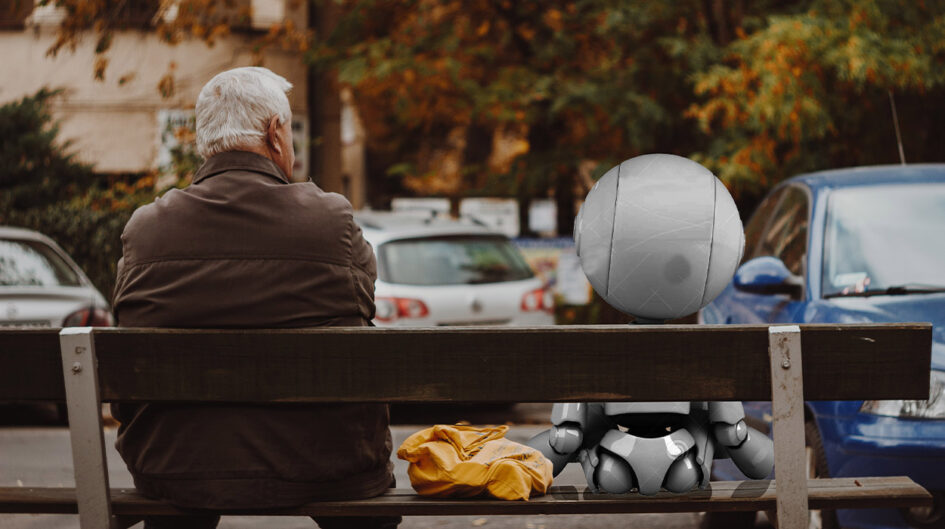 Isn’t it fascinating how we humans have evolved? Thriving for perfection, we’re in a race for continuous development. This century has seen tremendous changes that none of our ancestors would’ve ever imagined. And as we’ve evolved, so has the technology around us. We’ve come very far in terms of inventions and one of the greatest ones of our time has to be the robot. Despite all the discoveries in this territory of science, we still are far from perfection. We’ve thousands of scientists striving to bring the robots to ‘life’ and trying hard to erase the margin that differentiates us and the robots.

We, the research team of Kyoto Dynamics, proudly present to you our greatest work ever concerned with robots, Android version 10.36. This journey neither has been short nor is going to end soon. Back in 2019, four of this kind were built and sent to different parts of the World to test how close these robots could come to humans in terms of behavior.

Irrespective of the region, the culture, the language, and traditions followed there, we’ve seen most of them perform exceptionally. The one sent to Kerala in India caught the eyes of millions around the World. But as we’ve said before, we’re far off from perfection. So, in the process of improving them, the robots were brought back to make the necessary changes to their software. Moreover, they were sent back to their owners only after being tested here for several months.

Our ultimate aim is to make these machines replicate human behavior. Though we haven’t reached the finishing line yet, we’ve been trying to add features that help them in doing so.
Recently, we’ve added the feature “Memories” to these robots. Similar to human’s memories, this feature enables the robots to remotely present us what they’ve experienced as being an assistant to their owners.

Presenting to you, our robot from India.

The screen changes to a setting in a remote village in Kerala, India.

Hello there! I..  constant beeping and rattling noise arose out of nowhere.

t’s 4:30 pm here in India, time for Mr.Bhaskaran to take his evening nap. Let me share with you my memories of being an assist to Mr.Bhaskaran before he wakes up.

I’ve been an assistant, or as Mr. Subramaniam likes to call me, a home nurse, to Mr. Bhaskaran for eight years. I was first brought here in 2019, when Mr. Subramaniam, son of my owner, moved to Russia. Mrs. Hitomi Subramaniam, whose father was my previous owner, introduced me to him. Mr. Bhaskaran was a man of culture and traditions and didn’t like any machine to be around him.

It wasn’t easy for him to get along with me. Nevertheless, it did happen. Things changed so dramatically that Mr.Bhaskaran started treating me like his own son. He would go nowhere without me. Though following any religion hasn’t been mentioned in my instructions, I’ve been to all the Hindu temples in the village with him. Soon, I realized that things weren’t going right. As a robot, my only purpose is to serve humans. My instructions tell me that humans are to be loved and machines are to be used. However, Mr.Bhaskaran got it the other way.

In addition to those, he even told about his secret love for Mrs. Saudamini. Even Mr.Subramaniam wasn’t aware of this.

The Kyoto dynamics team didn’t expect this. Android wasn’t supposed to share the personal information of the owner in memories. The robot continued.

A few months later, Mr.Subramaniam and Mrs. Hitomi visited India to take me back to Russia. Mr.Subramaniam quit his job to take care of his father in my absence. But by then, Mr. Bhaskaran got so attached that he couldn’t let go of me. Things turned worse when Mr.Bhaskaran ran away with me instead of sending me back.

A week later, I was back in Kyoto Dynamics with Mrs. Hitomi. It was only after several improvements were made to the system that I was sent to Mr.Bhaskaran. This time, I traveled with Mrs. Hitomi, who quit her job to move to India.

Mr.Bhaskaran had completely changed when I reached India. Though he looked weaker than ever, he also looked happier than ever. I was told that his health had degraded after I was taken away from him. Therefore he was hospitalized for a couple of months. Mr.Bhaskaran and Mr.Subramaniam even sorted things between them. They look like teenage best friends.

Eventually, Mr.Bhaskaran realized that machines were better off treated as things rather than humans. I haven’t been of much use since then. It was Mr.Subramaniam who does most of the work I previously did. They even started playing chess together which I used to do.

Therefore, my help to Mr.Bhaskaran is limited to reading news on my screen and texting Mrs. Saudamini. I spend most of the time taking care of Mr. Subramaniam’s son.

I was sent to be Mr.Bhaskaran’s assistant and not a baby sitter.

Mr.Bhaskaran stopped playing chess and sharing secrets with me.

The machine rattled again and after continuous beeps, it stopped moving.

The Kyoto meeting was ended immediately.

“Sir, the experimental Emotions feature seems to be crashing. We need to update the software as soon as we can before the stupid machine makes the same mistake of trying to kill its owner,” said one of the scientists and Kyoto Dynamics.

Ping! Sound familiar?  That's the sound I woke up to every day, ever since I got my first mobile phone at thirteen. Of course, technology has come a long way. But at least I did not have to ask a... END_OF_DOCUMENT_TOKEN_TO_BE_REPLACED

The new normal was finally here and so was the necessity of having to sit in a room full of people, people you have to compete with just so you can make sense of life. I kept fidgeting with my... END_OF_DOCUMENT_TOKEN_TO_BE_REPLACED

Basketball is special. The lack of protective gear and condensed size of the playing court allows fans to have the most intimate experience of a team sport that exists. Thanks to the distinct play styles, basketball allows players to develop... END_OF_DOCUMENT_TOKEN_TO_BE_REPLACED

Many a summer, I’ve been here, The heat of April, I've seen. But this April was only fear. The heat of a pandemic, unforeseen.   I’m a curtain, As blue as the summer skies. Summers were merry, I’m certain. But... END_OF_DOCUMENT_TOKEN_TO_BE_REPLACED