A Star Is Born Review 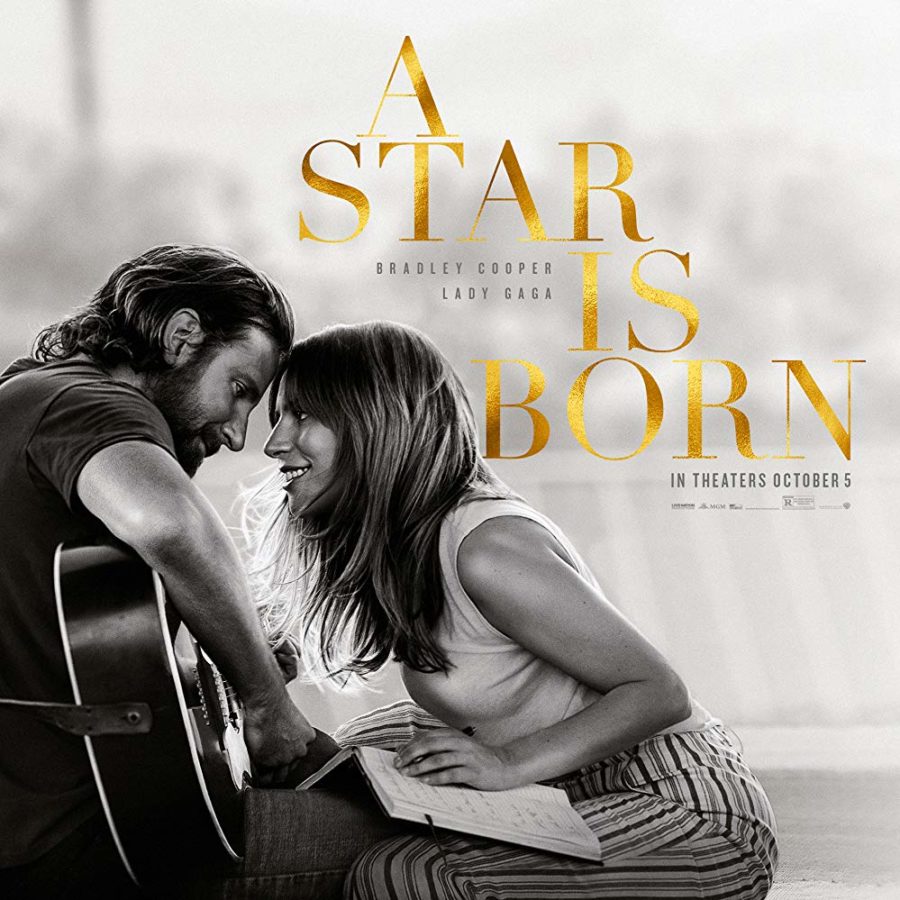 There’s a moment in the film where a drag performer asks Bradley Cooper’s character to sing for her. The scene becomes an early defining point of Bradley’s directorial style: the screen is lit in a “soft glow” but the conversations and characters occur almost as is, giving the effect of a quasi-naturalness to the setting. A portrait of a star fading into oblivion, Cooper looks haggard and washed away; married to the bottle; holding onto a past notion of authenticity (“having something to say and the way to say it”) – both a coping mechanism and the film’s central platitude. He strums the guitar and performs:

(‘Maybe it’s time’ from A Star Is Born soundtrack)

Some spirits are more biographical, though, such as Cooper’s own battle with alcoholism and Gaga’s non-star appearance. In countless interviews, Gaga has insisted ad nauseam that Bradley was the only voice in a hundred who believed she could play the part. In her recounting of their first meeting at her home, Gaga talks about how Cooper insisted that she remove her makeup. There’s something uncanny in the story here that runs in parallel.

Cooper seems drunk, a bit too hopelessly, on the old-Hollywood romance of this most tantalizing story: of love, ascent and tragedy. There are vast sections of audiences who have loved this perfect cocktail of nostalgia, this transportation to a time when – romance was judged by its headiness and the birth of stardom was without its modern trappings. The soundtrack, which I loved, is similarly composed.

“Music is essentially twelve notes between any octave. Twelve notes and the octave repeats. It’s the same story told over and over. All the artist can offer the world is how they see those twelve notes.”

(Cooper makes this meta-reference towards the end of the movie)

But to some of us, Cooper is guilty of failing to revise this tale for modern times. The has-been star’s enamourment of the young woman’s talent soon unravels into him staking a claim on what she ought to do with it. With Cooper behind the camera, Gaga’s character seems out of sorts as if she is trapped in a movie refusing to let her exercise her autonomy. Some scenes are almost satirical – she refuses and consents in the very same breath. Gaga is supremely talented and wonderfully awkward but she isn’t allowed to be much more. She is trapped under the male gaze, glorified for her talent but not her agency.

In a post-#metoo world, this version’s misgivings are more about the damaging power dynamics between genders, than those between the star and starstruck.

Flash, Flash, Flash. Various screens show the face of the actor. A woman crying in the corner while another loves the visual of her crying. The editor looks at all of these different shots and lets out a satisfied... END_OF_DOCUMENT_TOKEN_TO_BE_REPLACED

The corporate industry is notoriously famous for having the highest pay grade difference for employees working in the same company at different levels doing the same or similar jobs. This difference attracts several young engineers and management graduates into this... END_OF_DOCUMENT_TOKEN_TO_BE_REPLACED

“What is it about being blind that it makes you want to walk the dog the whole time?” “When it comes to environment, it's not us but our children and our children's children that will pay for our mistakes, which... END_OF_DOCUMENT_TOKEN_TO_BE_REPLACED

Growing up watching Sci-fi movies, I always imagined myself living in a fully automated world with all these cool tech devices- flying sneakers, teleportation units, and whatnot. Something as dreamy as the “first cognitive city” proposed to be built in... END_OF_DOCUMENT_TOKEN_TO_BE_REPLACED

For the fourth time this week, I woke up at my desk. It wasn’t very comfortable: most of the space was taken up by an assortment of empty Red Bull cans and coffee cups. Clutter never bothered me though, it’s... END_OF_DOCUMENT_TOKEN_TO_BE_REPLACED