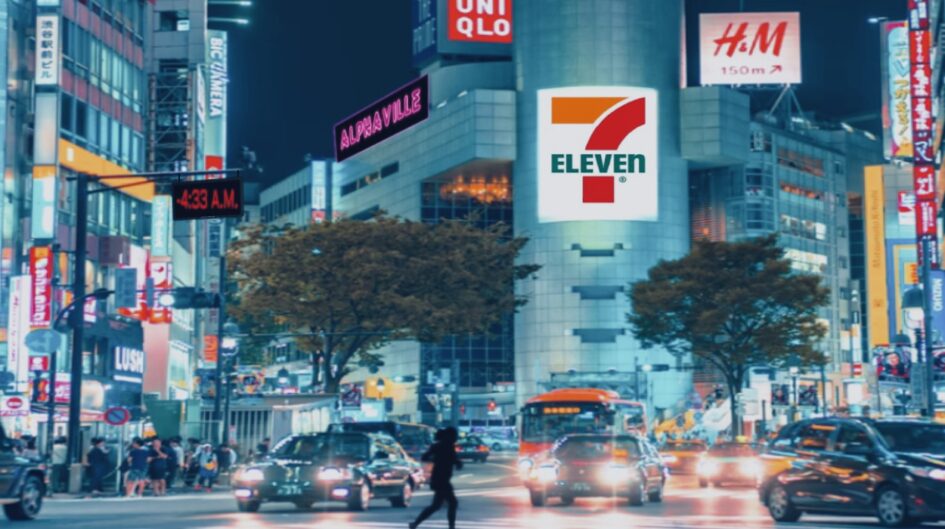 Spoiler Alert: The following write-up is inspired by, and includes major spoilers of the book “After Dark” by Haruki Murakami.

Chapter names of the book are time-stamps.

”People’s memories are maybe the fuel they burn to stay alive. Whether those memories have any actual importance or not, it doesn’t matter as far as the maintenance of life is concerned. They’re all just fuel. Different sorts of paper media, magazines, newspapers, ten-thousand yen bills, when you feed ‘em to the fire, they’re all just paper. To the fire they’re nothing but scraps of paper. It’s the exact same thing. Important memories, not-so-important memories, totally useless memories: there’s no distinction–they’re all just fuel.”

I am Korogi. Well, if you were to ask why I am named after an insect (cricket), that’s not my real name. I work as a helper in a typical Japanese hotel named ‘Alphaville’. It helps me avoid people. You can work in secret and don’t have to show your face. I’ve been on the run for the past three years now. When did it all start to go downhill? I think to myself. Seems like a dream now. I had loving parents and siblings, now they are mere memories, probably just a figment of my imagination today. Freshly graduated from High School at the time of the Kobe earthquake, I went on to work nine to five for a big trading company. A high school graduate could only get paid so much. I had ambition, dreams of becoming something big. Oh, how foolish I was, thinking scummy investment schemes would help me achieve that. They promised to multiply my money tenfold. It became an addiction; I started borrowing money from everywhere. The money fueled my greed. Little did I know that this habit would nearly be the end of me. Loan sharks- these vicious gangs ruined my life. Now that I’m playing the blame game, it was me who was to blame in the end. I ruined my life. I owed so much just in interest that I was held captive and tortured. I managed to not die and escape a couple of weeks later, observing their lapses in security, though not without permanent scars.

I’ve been on the run ever since while working at ‘Alphaville’ for the better half of this year. The money is okay, but I still live in fear. “You will never get away”, are the words that ring in my ears. This perpetual running spree has made my life miserable. If only I could turn back time…

12:25 A.M.: A violent turn of events at Alphaville, details of which are too gruesome to get into, brought me across Mari Asai. Kaoru, the hotel manager, had gotten her to help the injured customer who could only speak Chinese. She seemed weird, but in a way she was nice.

4:33 A.M.: Mari befriended Kaoru and dropped by while I was on a break from my shift. Confiding in her, I tell her why I use an alias. My dreams when I sleep are always the same, being chased and chased and finally being caught and stuffed inside a small jar, with no escape. Mari tells me that she has a sister named Eri, a real beauty, who works as a magazine model and used to appear on TV from time to time. She’s been asleep for two months now, not a coma she says, waking up for the bare essentials and immediately going back to sleep after that. What a weird case I think. Poor girl, she must have some problem which she can’t solve on her own. So, all she wants is to sleep and get away from it. To get away from the world for a while. But Mari mentions that the show she was a part of ended two months ago. I believe this could be a trigger for her perennial sleep. Eri was just reduced to her role as the pretty one and forced herself to believe she was nothing without her popularity.  I believe Mari is the only one who can wake her up. The memories they made together as children, even though they’ve drifted apart now, will have a profound effect on their later life. I hope with the power of their memories, Eri is able to wake up and realize her worth.

The worn bedsprings creak as I roll off my bed in the morning. Today is my weekly off, the day I do all my shopping. Cup-ramen, a few bento boxes for the coming week, and women’s essentials are what I usually buy from the departmental store. I take a Seven-Eleven, but a different one each time. I make sure not to go to the same place every time, lest I may be noticed too much. The sky is overcast today. I took the train from Shibuya to Shinjuku. I’ve chosen a Seven-Eleven in the vicinity of Shinjuku station. I get off the train, and the store is just off the platform. I started choosing what flavors of Cup Ramen I want for the coming week; Yakisoba and Tonkotsu would be good, I think to myself. As I put the ramen in my basket I notice a familiar shadowy figure watching me from the corner of my eye. I drop the basket and walk out of the store. I hear footsteps approaching me. I start walking faster and faster without turning back. As the sound of footsteps grew fainter, my walking turns into sprinting. I hail a taxi all the way back to Alphaville, guess my time here is over now.

It’s been well over six months since I started working here, but now, it’s finally time to say sayonara to ‘Alphaville’.

My memories are the fuel for me, what keeps me pushing through life are these memories, little ones, big ones, bad ones, good ones. My current condition is not peaceful, but I’m better off than when I was facing the possibility of death. This run is perpetual, this chase is perpetual.

The scene opens in a jury room, where a decision is to be taken on the death sentence of a man accused of murder. After voting, each juror explains why they feel the accused is guilty or not guilty. One... END_OF_DOCUMENT_TOKEN_TO_BE_REPLACED

“Hand me the gun and don’t move a muscle”, an injured Shankar Narayan whispers to his son, while they take cover under an old Contessa. The little boy does exactly as his father says, his hands trembling, desperately trying to... END_OF_DOCUMENT_TOKEN_TO_BE_REPLACED

Two things have always fascinated me as a child- words and crosswords. Which word should I say? How do I say it? Can it, in its barely ten letters, hardly three syllables, carry the whole meaning of what I want... END_OF_DOCUMENT_TOKEN_TO_BE_REPLACED

Faith has always been considered as one of the most inherently pure and pious things, across any and every religion and every school of a belief system based on the concept of God. That is probably because every single one... END_OF_DOCUMENT_TOKEN_TO_BE_REPLACED