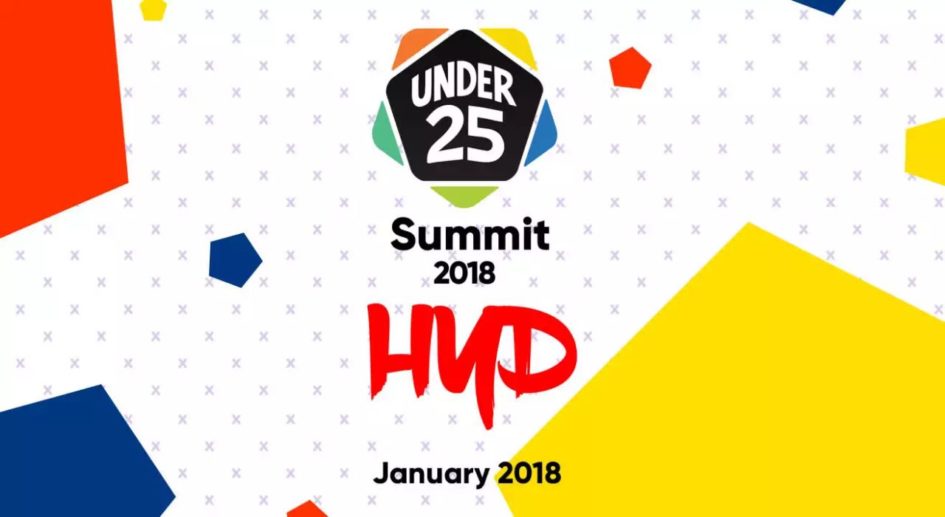 The 'Under 25 summit 2018' is one of the largest youth festivals in India where people forget the boundaries made by the society; share ideas on a common platform, and showcase their talents. Speakers like Akaanksh Pothukutchi and Bhuvan Bam, enchanting melodious voices like Siddharth Bendi, Shaurya Singh, along with many other artists inspired the audience.

Started in Bangalore in 2014 by Anton Philip and Shreyans Jain, it has opened the gateways for the youngsters to interact with numerous notable people from different fields. The central idea of the summit is ‘to bring talented people under one roof and inspire young minds’. History repeated itself when the summit in Hyderabad, emerged as a successful event for the second time.

While the captain of this ship, the ever-enthusiastic host Vineeth Vincent, sailed the audience through excitement and awe, he was perfectly complimented with speakers from various fields. The summit commenced with Aakaanksh Pothukutchi's eye-opening talk- 'Finding Your Purpose in Dystopia'. Later the audience were captured by the enigmatic presentation by Siddharth Bendi where he unified the greatest goods of life-music and the joy of giving. The hall was decorated with the enchanting words of Archana Rao, who expressed the forms of beauty through fabrics while giving a talk on 'Making of a Design label'. The audience then were transcended to the throne of wonder, when the future of independent artists and emerging music was discussed by Prabhdeep, Ritviz, Rahul Sinha and Vineeth Vincent. 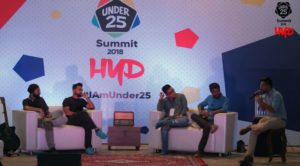 Post lunch was the open mic where youngsters shared their life experiences and exchanged unforgettable memories. The entire crowd went haywire when the team of the popular YouTube channel VIVA expressed their views about 'thriving through local content'. Later the hall echoed with the melodies of Shaurya Singh who also narrated his journey of passion. Then came the moment which had kept the audience glued to their seats, the limelight of the event, Bhuvan Bam from the popular YouTube channel BB Ki Vines. He gave the first live performance of his song ‘sang hoon tere’ and shared his experiences on dealing with criticism and negativity during a panel discussion with Shreyans Jain. His journey through various circumstances inspired every budding soul in the hall. 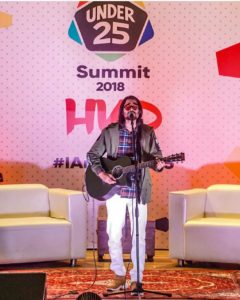 The under 25 summit, being one of the largest youth festivals in India, has a very distinct young vibe of its own. It represents the energy, the innovation, and the determination of youngsters who want to achieve something in life. It gives a platform to the young minds, to connect with other interesting people, to get together and witness the amazing talents and success stories of people whom they admire. This event is a hub for invention and innovation not only for youngsters but also for every individual who wants to open up and find their true purpose in life.

Ayrton Senna. A man whose legacy lives on to this day. Most modern-day drivers look up to him. He has won 41 Grand Prix in 162 races, has been on the podium 80 times, and has won the world drivers championship... END_OF_DOCUMENT_TOKEN_TO_BE_REPLACED

Faith has always been considered as one of the most inherently pure and pious things, across any and every religion and every school of a belief system based on the concept of God. That is probably because every single one... END_OF_DOCUMENT_TOKEN_TO_BE_REPLACED

The scene opens in a jury room, where a decision is to be taken on the death sentence of a man accused of murder. After voting, each juror explains why they feel the accused is guilty or not guilty. One... END_OF_DOCUMENT_TOKEN_TO_BE_REPLACED

As the night grew darker, enveloping an empty street with mystery and fear, it embraced two college students, Matteo and Ace. Drunk and floundering into the dark alley, they hadn't realised how far they had wandered until they came across... END_OF_DOCUMENT_TOKEN_TO_BE_REPLACED