Why Do Pirates Wear an Eye-patch? 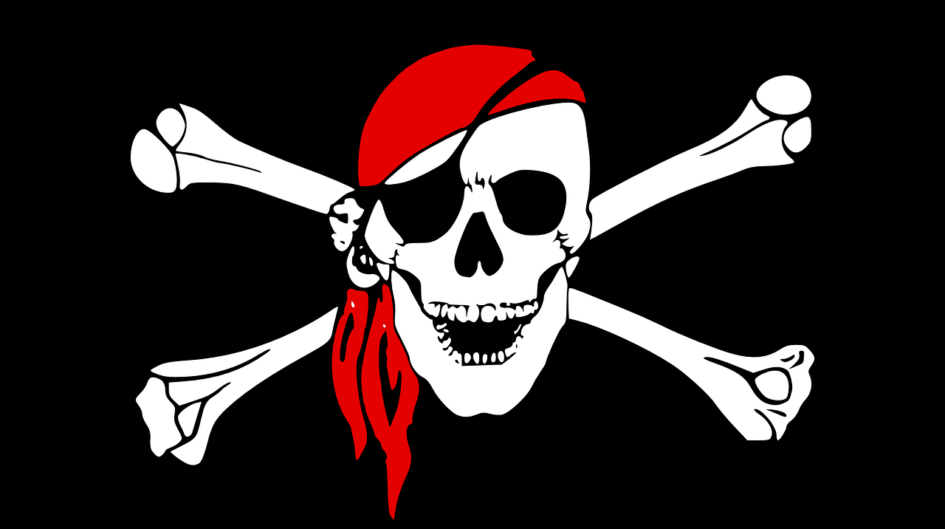 If you’ve ever read classic fiction involving ship-men like Moby Dick or Treasure Island or even watched movies like Pirates of the Caribbean, you most certainly would have a stereotypical image of a pirate engraved. A thick beard accompanied with unkempt hair, a foul mouth (pun intended) with a few missing teeth and, most definitely, a big old scary eye-patch. But why do pirates wear an eye-patch? Is it just to make them look more intimidating, or does it actually serve a genuine purpose? Although many wear one if they’ve lost an eye, are there any other reasons? Curiosities such as these led me to do some research and perform a fun experiment. (which, I hope, you shall too after reading this article)

As it turns out, the eye-patch actually does serve an empirical purpose. The ships used by pirates usually had multiple compartments. This meant that the upper deck, which was exposed to the open air received lots of sunlight. The lower chambers on the other hand were sealed off. This effectively ceased all light making it very dark on the inside. If you’ve ever gone from a well-lit room into a dark one, you temporarily feel blind until the eyes adjust to the darkness. On the other hand, suddenly illuminating a dim room can cause discomfort to the eyes.

Pirates frequently had to do this – they had to endlessly move between outer and inner compartments. Obviously, they couldn’t afford to wait for their eyes to adjust between the lighting each time they moved between compartments. Imagine what would happen if the ship was being attacked. If someone went inside to fetch a weapon and had to wait for their eyes to adjust – the result would be disastrous. The solution to this problem – wear an eye-patch.

To understand how wearing an eye-patch helps, we must first understand the way the eye perceives light. The human eye, among other things, has cells called “Photoreceptors”. These photoreceptors convert visible electromagnetic radiation (i.e. colors from the visible spectrum) into signals, which in turn trigger biological processes. The human eye (and mammalian eyes in general) have three kinds of photoreceptor cells. Rods, Cones and the relatively newly discovered photosensitive Retinal Ganglion cells.

Rods are extremely sensitive. Even a single proton can trigger their activation. Note: photons are, by definition, point-like which makes this feat all the more impressive. As a consequence, in environments with meager light, visual perception is the sole responsibility of rods.

Cones, on the other hand, require a larger number of photons to be triggered. The human retina has about 120 million rods and 6 million cones. It is quite interesting to note that other species have a different ratio of rods and cones. Ganglion cells though, do not directly affect sight, but rather support circadian rhythms and pupillary reflex.

By covering an eye, pirates are actually exposing the covered eye to a lower light environment. This causes the rods to become active and cones to become passive. Whenever they go into inner chambers, they just uncover the covered eye. This eye which already has active rods is able to see without having to wait for rods to become active. This way, if someone goes in to fetch a weapon, they might hopefully be able to defeat their enemy.

To try this at home, turn on the light in one room and turn it off in another. While in the lighted room, cover one of your eyes with your hand. Alternatively, you can make an eyepatch using an old piece of cloth if you’re feeling artistic. After some time, perhaps 5-10 minutes, go into the dark room and uncover the covered eye and ta-da! Bedazzled (pun intended) by the beauty of the human body!

The palette sat on the table, its many children crawling to play with each other. I dip my brush into the palette, squidge it into the deepest shade of blue until the bristles get covered in blue up to their... END_OF_DOCUMENT_TOKEN_TO_BE_REPLACED

Disclaimer: The facts mentioned in this article may vary with the actual ones. "To conquer oneself is a greater victory than to conquer thousands in a battle." – Dalai Lama The second world war reached its final stage in 1945,... END_OF_DOCUMENT_TOKEN_TO_BE_REPLACED

"Animation is not the art of drawings that move but the art of movements that are drawn” ~Norman Mclaren. Some things in life don’t change, like the craze we have for animation. Right from adoring our childhood shows to never... END_OF_DOCUMENT_TOKEN_TO_BE_REPLACED

To most, the color purple is just like another color and holds no special significance, other than to be one's favorite color. It is a simple color resulting in a beautiful blend of red and blue colors. But in reality,... END_OF_DOCUMENT_TOKEN_TO_BE_REPLACED

“Why do the Yankees always win? The other team can't stop looking at the pinstripes.” The famous quote by Frank William Abagnale Jr., one of the popular con-men specialized in impersonation and forgery, can definitely be taken as the basis... END_OF_DOCUMENT_TOKEN_TO_BE_REPLACED